How Talking to Strangers Improves Your Travel Experience 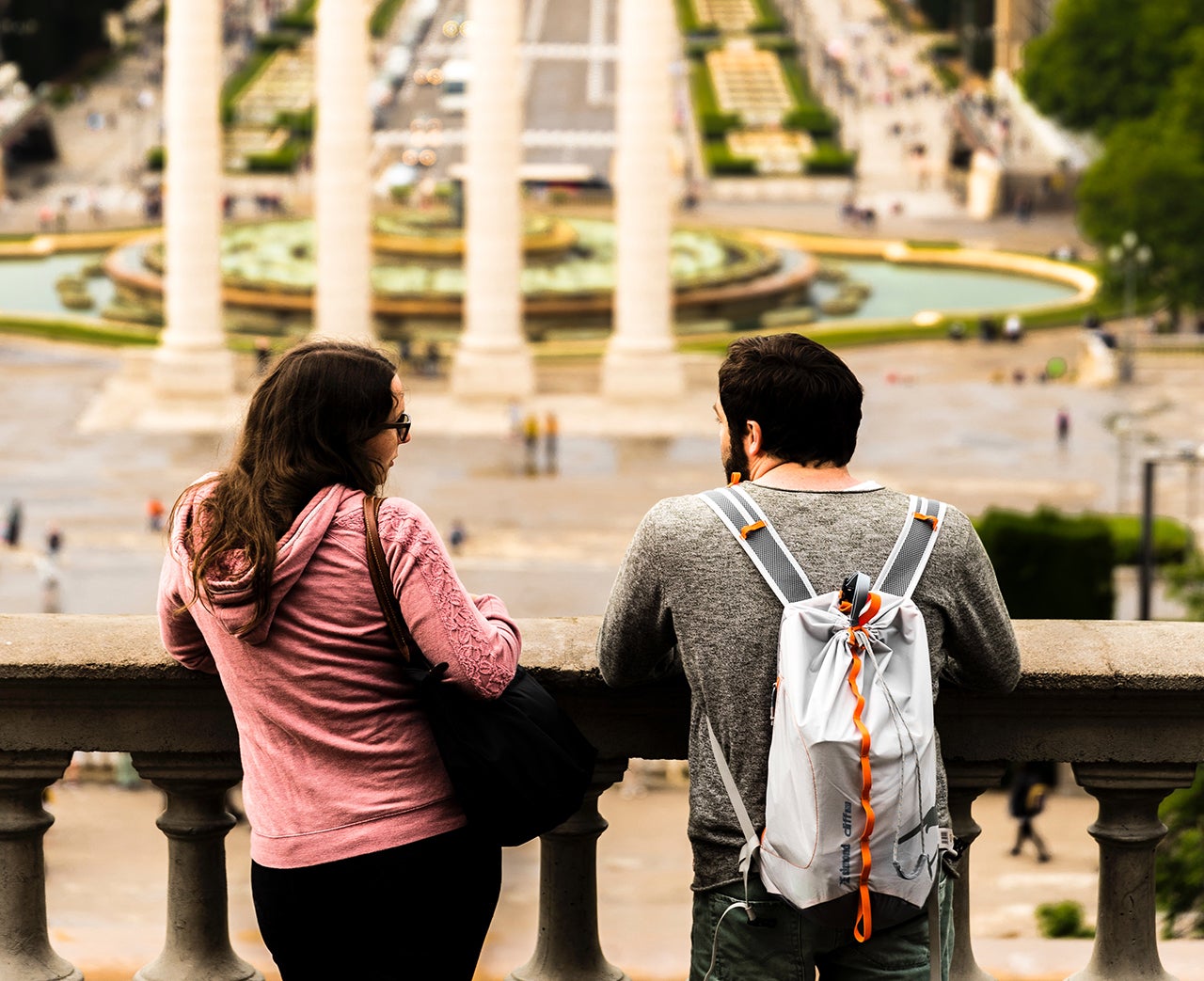 Mom lied. There’s no danger in strangers. In fact, while you’re traveling, talking to strangers can transform a by-the-numbers trip into one full of unexpected delights. You don’t need to suddenly become an extroverted party animal telling your life story in whiskey-soaked bars every night, but even a five-minute chat can reap big rewards while you’re in a strange city. Here’s why — and how — you should pop the question (any question, really) on your journeys.

Love to travel but hesitant to bother someone? Think of meeting people like research. You can read all the city guides you want, but I bet you’ll remember the restaurant recommended by a friendly barista who knows the neighborhood more than another five-star suggestion. Instead of keeping your head buried in your phone (and sucking up your data), don't be scared of asking for directions or advice. Pretend you’re tech illiterate and you’ll become more dependent on your surroundings. Plus, asking questions will give you a sense of the local flavor: what does that accent sound like? What makes Montreal’s bagels different from New York’s? How can you get to Point B without getting hopelessly lost?

A couple years ago, I walked around (okay, ate my way around) London for eight hours, stopping at cafes, museums and coffee shops. I’m sure I enjoyed my meals and viewed some wonderful exhibitions, but I don’t remember much. What I do remember is the hourlong conversation I had with George at Shakespeare’s Head Pub.

"I’ve been coming here for 20 years," he told me. "It’s the kind of place you walk in and it feels right. It feels comfortable." I never forgot that pub. Or there was the time I shared dark chocolate and local beer with a father and son during a cross-country Amtrak trip. These memories are firmly rooted in my mind because they’re tied to people, rather than things.

I’ve swapped business cards with people I’ve met in airports, follow people on Instagram I’ve had the good fortune of sitting next to on planes, and track fellow runners I’ve met at races on RunKeeper. Even if we never meet in person again, these random folks spread out over the US are touchstones to other cities, trips and a specific time in my life.

So much travel anxiety happens when you're caught up in your head. Maybe you're lost, late, stressed or scared the plane is going to crash. Instead of focusing on yourself, direct your attention to something — or someone — outside of your own nattering thoughts. My trick when experiencing turbulence is to start chatting with the person next to me. You don’t have time to be gripped with fear if you're having a conversation about your destination.

Here’s some advice on breaking the ice.

Grab an ice-cube tray and try to release a single cube. CRACK. Takes one second, right? That’s how long it takes to break the ice in a conversation with a stranger. It doesn’t really matter what you say, as long as you say something.

These one-liners may seem basic, but that’s the point! It doesn’t take much.

Maybe you’re eating a transcendent sandwich or just had the best (or the worst) cup of coffee of your life. If you’re admiring something, express your delight to whomever’s around, and you might find they feel the same way. Sharing appreciation for something tasty or unique is a quick way to forge a common bond.

Most people like to share their knowledge with someone who’s genuinely listening (so yes, that’s another tip — actually listen). Ask their opinion on where to spend a Saturday afternoon or see the best views of the city or buy some non-cheesy souvenirs.

Say: “What does that mean?”

There’s a good chance in an unfamiliar city you’ll come across something that’s confusing — whether that’s a street sign or an entrée or a word. Instead of thinking, “I’ll have to Google that later,” just ask the waiter or someone who happens to be standing near you. People are more liable to help when you’re genuinely curious.

Say: “Can you take my picture?”

Sure, you could take a selfie, or fill your iPhone with hundreds of landscape photos without a single person in sight, but of course, this is the simplest way to approach someone — everyone’s asked for the same favor in their lifetime, so they get it. But after they snap the photo — and if they don’t look like they’re in a hurry — say something about the Leaning Tower of Pisa or the skyline or whatever it is you’re standing in front of. Or ask them if they want a photo. If they’re a local, they might laugh — or realize that yeah, they do want one.

Oh, and if any of your conversations land with a thud — don’t take anything personally. Some people are busy or just not in the mood to chat. No one’s judging you. Keep trying and you’ll find there are fewer strangers in the world than you might think.

Photo by Loic Djim on Unsplash

Featured image by (Photo by Loic Djim on Unsplash)