12 things no one tells you about Montreal 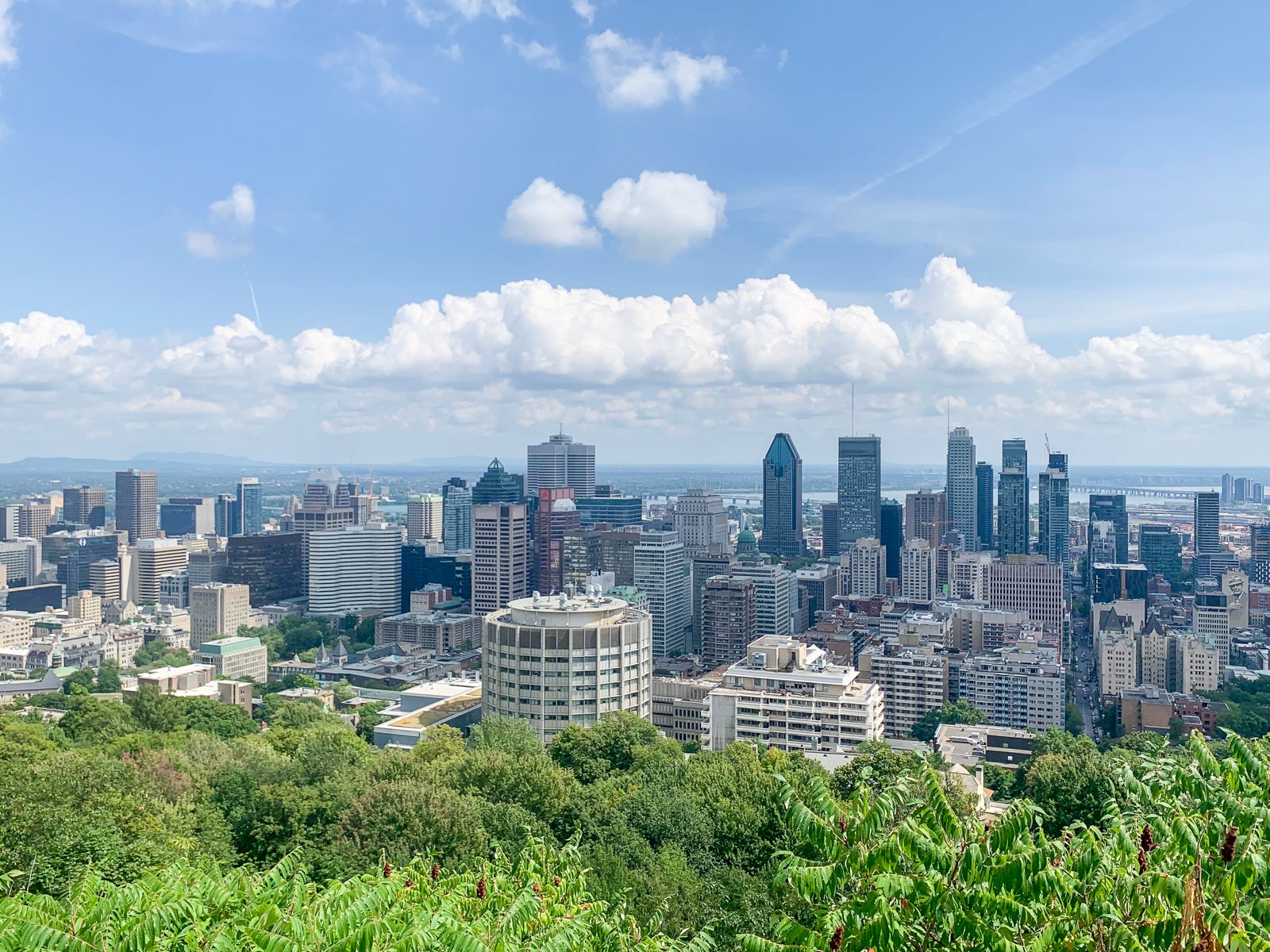 Maybe it’s the accents. Maybe it’s the restaurants — arguably more per capita than any city in North America except New York. Or maybe it’s just the joie de vivre that makes it different from any other city on the continent. Montreal’s easy to fall in love with, but doesn’t reveal itself easily to visitors. These 12 tips will get you a little closer to the beating heart of Canada’s second-largest city.

Want more tips and tricks for planning a trip to Montreal? Visit our new destination hub here, and check back throughout the week for travel guides, restaurant recommendations and more!

Skip the taxi line at Montréal–Pierre Elliott Trudeau International Airport (YUL). For just $10 Canadian (about $7.60), the 747 shuttle transports you nine miles straight to downtown Montreal. You’ll still have to deal with traffic, but there’s a bonus: Since the bus is part of Montreal’s public transit system, your ticket also buys 24 hours of unlimited travel on the city’s extensive subway and bus network.

The biggest ideas are found in the smallest museums

For visitors spending greenbacks, Montreal can feel like a shopper’s paradise — that jacket you're eyeing in the window that might be $100 Canadian dollars is only going to set you back about $76 in U.S. dollars. Before you go crazy though, make sure you factor in a sales tax of nearly 10%, thanks to Quebec and Canadian levies, which often undoes at least some of your gains from favorable currency-exchange rates.

One of Montreal’s poshest neighborhoods is also one of its most walkable — and it remains blissfully untrafficked by tourists. The retail strip in Westmount, about two miles west of downtown, includes upscale shops such as accessories emporium WANT Apothecary and made-in-Quebec fashion label Envers Design. Detox at The Standard, a happening café named for a long-defunct local daily, or test your senses at O.Noir — the first Canadian restaurant to operate entirely in the dark, allowing guests to take advantage of a heightened sense of smell and taste while sampling an extensive wine list and menu.

These days, Montreal is one of North America’s most exciting cities for new music — the Besnard Lakes, Plants and Animals, We Are Wolves and many more call it home. You can catch a great show any night of the week at classic bars like Foufounes Electriques, unchanged in a relentlessly gentrifying downtown, and Casa del Popolo, an indie bastion in the Plateau neighborhood. Newer music hotspots include Bar Le Ritz P.D.B. north of downtown, and Turbo Haüs in St. Henri.

Hit the terrasses in the summer

Montrealers work hard to minimize their time outdoors in winter; its downtown core sits atop an interconnected underground city. But in summer, Montreal busts out big time, and terrasses — outdoor dining and drinking spaces — mushroom. Some of the best sprout above eye level, like Old Montreal’s rooftop Terrasse Nelligan, which features knockout skyline and monument views. The sprawling terrasse at Complexe Sky draws an everything crowd with its hot tub, tiki huts and downtown views, while Alexandraplatz Bar in Mile Ex is basically an improvised street terrasse, open in warm weather only, and a major see-and-be-seen spot.

Everyone you know has probably raved about Mile End, Montreal’s homier answer to the Lower East Side. But Montrealers have moved on to Mile Ex, an amorphous area north of downtown, west of Little Italy and — at the moment — ground zero for coolness. Restaurant Manitoba keeps wowing locals with rustic plates like elderberry-lacquered guinea fowl with Indian celery. Nearby, Never Apart gallery promotes edgy art about “social change and spiritual awareness.” And Notre Dame des Quilles might be Quebec’s only bowling alley and bar with a raucous karaoke scene.

There are festivals all year long

While the massive Montreal International Jazz Festival, held every summer, might be its best-known cultural fest, the city hosts more than 100 festivals throughout the year, and it’s often worth timing your trip to experience them. There’s the manic Igloofest dance-music festival in January; a children’s film festival and the Barbegazi winter sports fest in March; Les FrancoFolies de Montréal, a French-language comedy extravaganza, in June; Jardins de Lumière, a celebration of beautifully lighted gardens, in September; and many, many more, so don't miss out.

Quebec’s best-known culinary export might be the curious concoction of fries, gravy and cheese curds otherwise known as poutine. And while you can find elevated versions in kitchens from Tokyo to Tallahassee, poutine’s done best down and dirty. For maximum poutine realness, head to Montreal spots like Chez Ma Tante in Montreal North, which some locals call the city’s best; Gibeau Orange Julep, a retro-cool snack bar housed in a giant orange that accentuates the skyline perfectly; and Nouveau Systeme, slinging poutine in the Petite-Patrie quarter for half a century.

No guarantees you’ll see them busing tables, but Arcade Fire’s power couple, Win Butler and Regine Chassagne, own Agrikol in downtown’s Gay Village. It’s one of Montreal’s few upscale Haitian restaurants, with specialities such as griot (crispy pork) and serious rum cocktails, like a potent dark and stormy.

While the origin of Montreal's smoked meat is a bit hazy, one thing is for sure: viande fumée — a Montreal-specific cross between pastrami and corned beef — is delicious. Schwartz's Deli has been serving the delicacy for over 90 years, but be prepared to wait in line. There are a number of places across the city where you can find the sandwich, which is often served on rye, like Smoke Meat Pete and Le Roi du Smoked Meat.

Hit the beach without leaving the city

Located in Montreal's Old Port, Clock Tower Beach offers superb sand-filled lounging in the heart of the city. While you can't actually swim here, there are chairs and umbrellas overlooking the Saint Lawrence River, a snack stand and a wooden boardwalk, making for a perfect two-hour beach getaway in the middle of a warm summer day.