How Istanbul plans to become the world's busiest airport

Articles
Ben Smithson is a senior writer for TPG UK. Originally from Australia, he is the primary points and miles writer for the U.K. site.
Follow
Sept. 05, 2019
•
6 min read 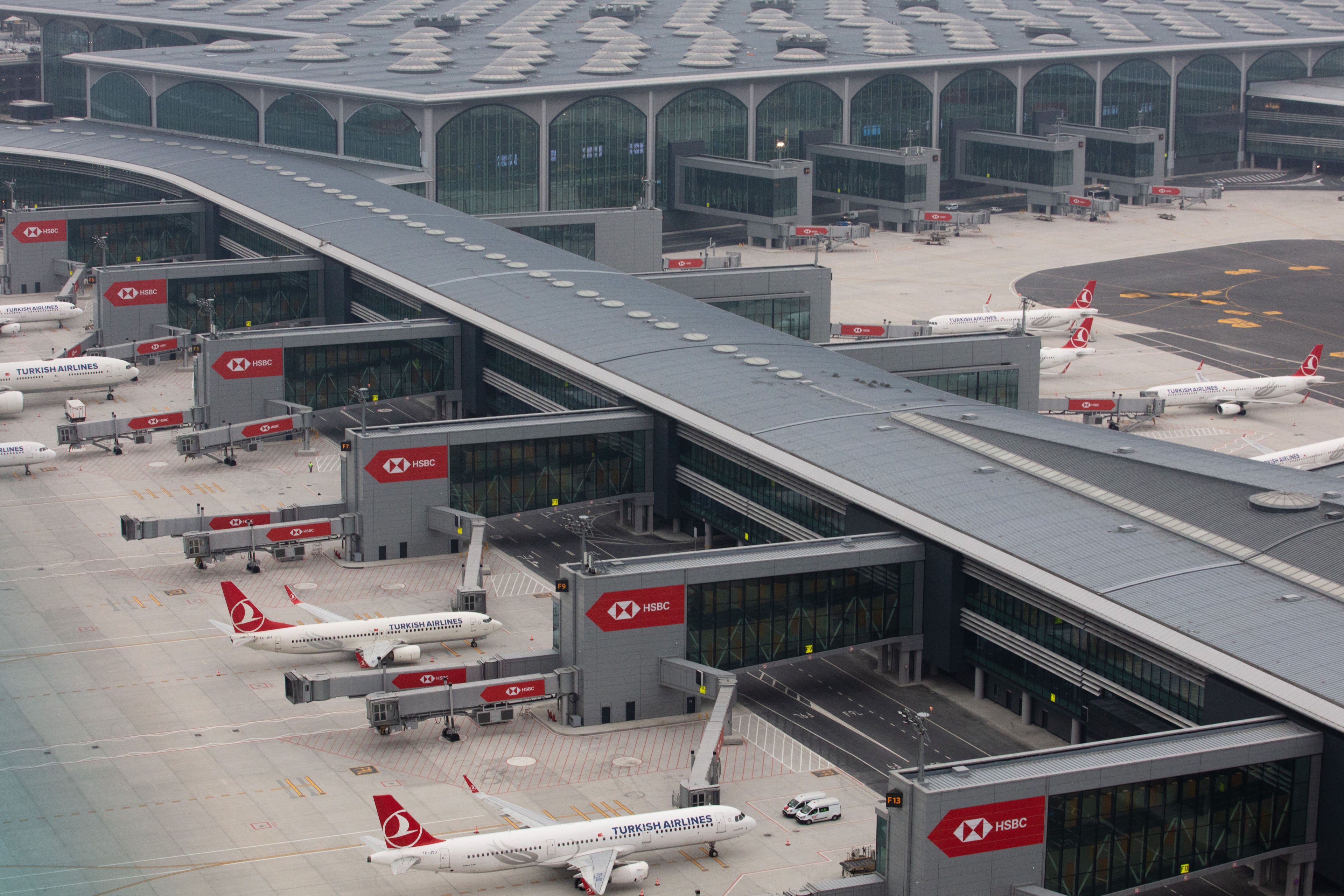 It is currently the world's largest single airport terminal by size, and the massive project has only completed its first stage. When the full four stages of additional satellite terminals and runways are complete in 2028, the airport expects to have the capacity to handle a whopping 200 million passengers a year — (far) more than any other airport.

Last year the old Istanbul Ataturk Airport (which this new airport replaced) was the world's 17th busiest airport with "only" 61 million passengers. So, the new airport's plan to more than triple passenger numbers in less than 10 years is indeed a lofty goal.

By comparison, the world's busiest airport by passengers last year was once again Atlanta (ATL) with 107 million passengers.

Like its airport rivals in nearby Dubai (DXB), Abu Dhabi (AUH) and Doha (DOH), Istanbul's airport model is primarily to connect passengers. Flag carrier Turkish Airlines operates a fortress hub at Istanbul (IST), flying to more countries than any other airline. That allows the airline — and the airport — to offer one-stop connections between obscure destinations that few others can.

The airport's CEO, Kadri Samsunlu told the World Aviation Festival in London this week that the ambitious growth strategy to become the world's busiest involves some unique challenges beyond simply attracting more airlines and more flights.

Samsunlu sees a big investment in biometric technology as the future of the airport passenger experience. He says IST designed the airport with the best IT experts he could find in Turkey, regardless of whether they worked in the aviation industry or not.

In theory, the more biometric usage, the less staff required to assist passengers with their journeys. From check-in to immigration and boarding, he believes this investment should eventually pay for itself. Additionally, as automation reduces the time it takes passengers to move through from curb to gate, the more passengers the airport should be handle at any one time — at least theoretically.

The airport operator freely admits that no matter how many passengers the airport handles, it needs to do so profitably. So in order to cope with potentially hundreds of million of passengers each year, the airport needs to make a huge amount of money. There's only so much money the airport can make from landing fees, so the real profit is in retail operations, whether that is duty free, food and beverage or other shopping.

For passengers this can be considered a win too. While you may not plan to purchase anything while you're airside, surely you'd rather be relaxing by the gate or in an airport lounge instead of standing in an hour-long security queue.

One of the most interesting factors Samsunlu revealed was in regards to government relations. He described Turkey as an "emerging economy" and explained that he undertook an education offensive to convince government officials that a thriving Istanbul Airport would benefit the entire nation. Initially, government officials did not understand why a seamless efficient passenger experience utilizing expensive technology was worth spending so much time, focus and money on.

He talked of his frustration with government investment in the airport project so far — the airport corporation has billions of dollars of loans riding on the success of the project. Instead he is looking to profitable airlines for future investment in airport technology and passenger experience. He singled out Lufthansa, Qatar Airways and Air France along with Turkish Airlines, saying 'those airlines have the money and the interest to invest and are far easier to work with than the government. That, he said, has led him to reply on the airlines to help to establish world best practices rather than waiting for government to "get with the times."

Passengers have plenty of choice, particularly in the competitive Middle East region where the like of Qatar and the United Arab Emirates have seemingly endless resources to put their countries on the tourist and aviation maps. Istanbul can offer some connections that no other airport can, thanks to Turkish Airlines' unique route network. Despite that, connecting passengers are spoiled for choices in the region. Excepting for inexperienced and particularly price-sensitive travelers, customers are unikely to choose a connecting airport where they've had a poor experience in previously.

Given that, Istanbul Airport is working hard to make the airport experience as pleasant as possible so passengers choose it for their next itinerary. Samsunlu considers this to be an education task as much as anything. For example, passengers eligible to use passport e-gates can save plenty of time, provided they are aware they can use them.

Though the new airport has been built "future-proofed" for a higher capacity than it currently handles (there were no queues anywhere the numerous times I have used it,) I did notice dozens of "ask me" staff scattered across the airport. They are tasked with answering any questions and ensuring passengers are aware of every benefit, all in the hope of getting flyers to choose IST for their next journey.

Related: Here’s Which US Airline Cuts More Routes Than Any Other