How Could Someone Steal, Start and Fly an Airliner?

Articles
Darren Murph holds a Guinness World Record as the planet's most prolific professional blogger. He's an explorer at heart, having traversed nearly 50 countries and all 50 US states. He's flown over one million miles on Delta alone, and serves as a senior writer at TPG.
Follow
Aug. 11, 2018
•
7 min read 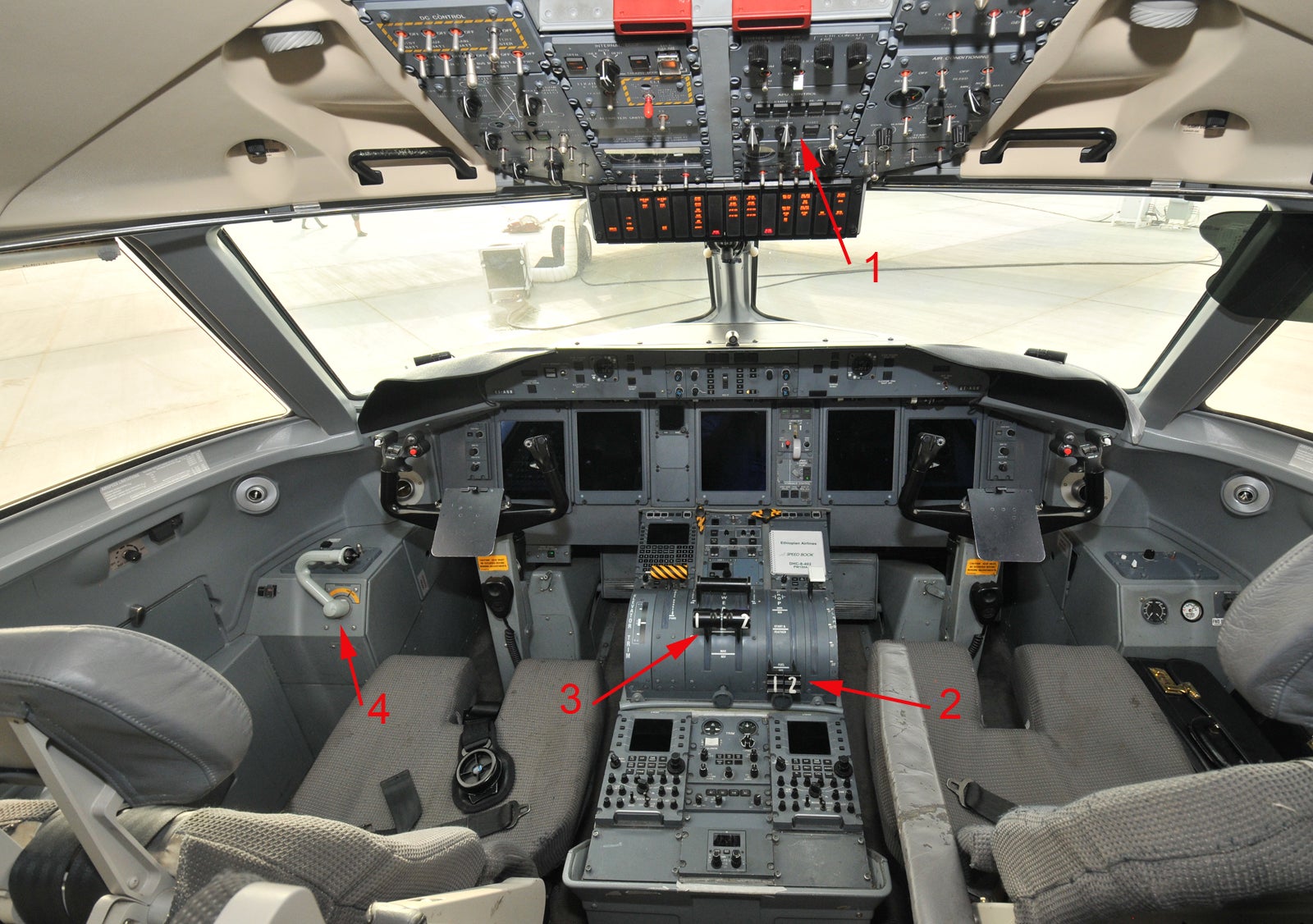 How Could Someone Steal, Start and Fly an Airliner?

At around 8pm Pacific time on August 10, 2018, a Bombardier Dash-8 Q400 aircraft was commandeered, started and stolen from one of the world's busiest airports. The obvious question beckons: how on Earth is this even possible?

Among the many, many things that travelers take for granted is the concept of ownership and order at major international hubs. While aircraft have been hijacked mid-flight, having one stolen while on the ground is a rare occurrence. Particularly in this case, where the lack of anyone else onboard aside from the thief led to an exceedingly stealthy departure. Had passengers been onboard, the world would've been alerted in mere seconds thanks to social media.

The Q400 was operated by Alaska Airlines subsidiary Horizon Air, and was capable of seating 76 passengers. The stolen Q400 in question was a six-year old turboprop (tail number N449QX) and had flown to Seattle from Victoria, British Columbia (YYJ) earlier in the day. The man who stole the aircraft was a ground service agent, according to Alaska.

In part, Tilden said: "We are still gathering facts, but at this point we understand there was only one person aboard, an employee of Horizon Air, who was operating the aircraft. I want to share how incredibly sad all of us at Alaska are about this incident. Our heart is heavy for the family and friends of the person involved.

We’re working to find out everything we possibly can about what happened, working with the Federal Aviation Administration, the Federal Bureau of Investigation, and the National Transportation Safety Board. We are giving those investigators our full support and cooperation."

Beck shared a bit about the status of the aircraft before it was commandeered: "The Horizon Air Q400, which was taken from Sea-Tac International Airport, was not scheduled to fly at the time of the incident. While we have not yet confirmed the identity of the employee, we have confirmed that all crew and passengers are accounted for. Air Traffic Control was in contact with the individual during the brief flight before it crashed on Ketron Island about an hour after it left Sea-Tac. No ground structures were involved in the crash."

How Is This Possible?

Considering how grueling the process can be for a flyer to board a commercial aircraft – from purchasing a ticket with a confirmed name and address, to showing ID to check a bag, to passing through security checkpoints – one could easily assume that only certified personnel could ever operate a plane such as the Q400 that was stolen.

Except, that's not really the case. We reached out to aviation journalist Howard Slutsken, based just a few hours north of where the incident occurred, for more intel on operating this aircraft. "There are lots of YouTube videos posted by flight simulator [enthusiasts] who have access to simulations showing you how to accomplish a start-up procedure for pretty much any plane you can think of," said Slutsken.

"If a Q400 is sitting on the ramp in a spot where it doesn’t need a pushback, once it’s started up, you can head out. It isn’t going to be locked up if it’s scheduled for a flight. Until planes are shut down for the night or an extended layover, they’re accessible to anyone who has ramp access – cleaners, ramp agents, fuelers, and flight crews."

He also reiterated that while comparably tiny planes such as a Cessna 172 require a key to start, "big planes don't."

Aviation expert Jason Rabinowitz added that these YouTube videos are quite powerful.

TPG Managing Editor Alberto Riva stepped aboard this very type of aircraft at the Dubai Airshow in November of 2013, capturing the cockpit image shown below. We've added four red arrows to draw attention to the primary steps a thief would have had to take to start up the engines and head to a runway:

The thief would have had to avoid colliding with ground vehicles and other planes and find a runway. For a determined person with basic knowledge and maybe some time with commercial flight simulation software, and familiarity with the airport layout, all that would be feasible.

For those wondering if planes such as these have remote kill switches, Rabinowitz adds that by the time an aircraft has space on a runway to take off, it's all but too late to do anything.

What Communications Happened with the Thief?

Flight recorders, known more commonly as the "black boxes," are found on aircraft for the purpose of aiding with any investigations related to aviation accidents; they include a flight data recorder and a cockpit voice recorder. They haven't been recovered yet; National Transportation Safety Board (NTSB) officials said that the plane is "highly fragmented." Once the black boxes are found, we'll have insight into what the thief (technically not a hijacker, as he did not commandeer a flight that was underway) might have been saying off-radio.

We do, however, have access to audio between the stolen aircraft and the Seattle-Tacoma International Airport tower, as well as recordings of on-radio conversation from personnel attempting to coax the man into landing the plane.

VASAviation has assembled a video that maps out the Q400's approximate position on the runway, aligned with radio communications.

Control tower operators spotted the aircraft right away, and began to inquire. On several occasions, the tower radioed the plane, stating: "The Dash-8 on runway 16C, say your callsign." They followed up by asking: "Who is the Dash-8 holding on runway 16C?"

Once the plane was on runway 16C, a pilot onboard a separate aircraft (flight Alaska 322), radioed in and said: "His wheels are smoking left and right. He's right now rolling down the runway. We saw him come out of the cargo area via [taxiway] Delta."

While in the air, he performed an array of simply unbelievable maneuvers, despite reports that he did not have formal flight training.

A full investigation is already underway, and more information will trickle out in the weeks and months ahead. We'll soon have access to off-radio chatter, which could paint a clearer picture of the thief's mental state. We also expect a detailed report on where the aircraft was, and what interactions the thief had with personnel and the plane itself in the hours ahead of the incident. Given that major airports are covered with cameras, it's unlikely that a stone will remain unturned.