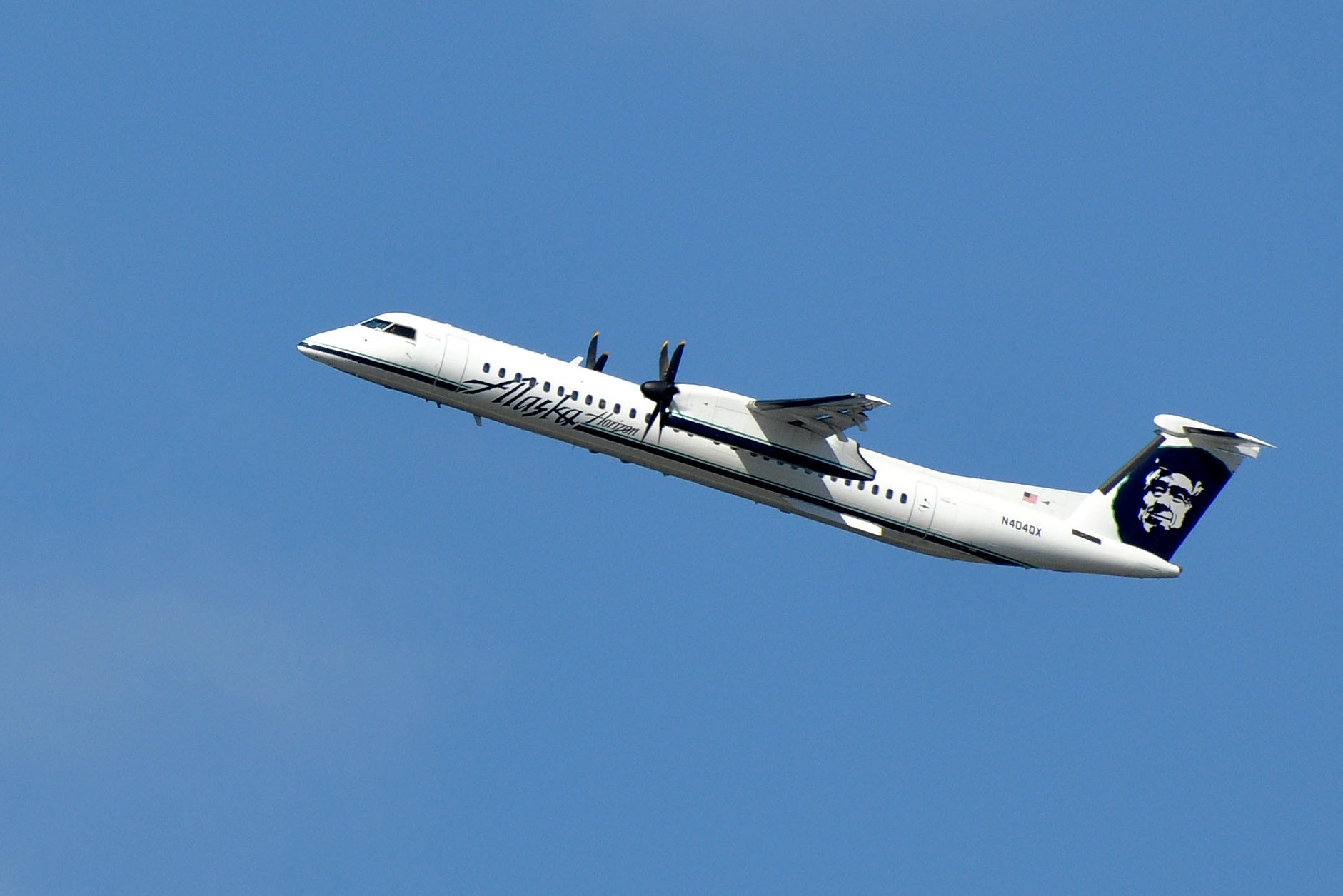 A Bombardier Dash-8 Q400 aircraft operated by Alaska Airlines subsidiary Horizon Air was stolen from Seattle-Tacoma International Airport (SEA) on Friday night with no passengers on board by a 29-year old ground services employee. (Update: The airline has confirmed the man was a ground services employee, not a mechanic as previously reported.) The plane crashed on Ketron Island in south Puget Sound after being chased by US military F-15s. No one is believed to have been injured on the ground, but the pilot appears to have died in the crash, according to the local sheriff's office.

The event unfolded around 8pm Pacific time when the employee, a resident of Pierce County, made an unauthorized takeoff with the aircraft, according to Alaska Air. Traffic was halted at Seattle-Tacoma airport as two F-15s quickly gave chase. The man performed several aerial maneuvers with the plane, but also indicated a lack of flying experience. Video of the plane in the air appeared on social media.

Authorities said the man was suicidal and that there was no connection to terrorism. Air traffic controllers on the ground were in regular communication with the pilot, with audio tapes of the encounter showing controllers attempting to convince the man to land the plane at a nearby military base.

At one point, the pilot indicated he felt lightheaded, perhaps as a result of the aircraft not being properly pressurized.

The pilot also expressed remorse for his actions, saying he had "a few screws loose, I guess."

Operations resumed at SEA around 9:30pm. The stolen Q400 was a six year old turboprop and had flown to Seattle from Victoria, British Columbia (YYJ) earlier in the day. The Q400 model is an updated version of the Bombardier Dash-8 airplane, seating 76 passengers.

If you are having thoughts of suicide, contact the US National Suicide Prevention Lifeline (1-800-273-8255) — open 24 hours a day, every day. You can also visit SpeakingOfSuicide.com/resourcesfor a list of additional resources.