Hotel hiring picks up in the US, but that doesn’t mean daily housekeeping is coming back

Articles
Cameron Sperance is a senior hotels reporter at TPG. He covers anything to do with the hotel industry, from the guest experience to the business itself.
Follow
May 12, 2022
•
6 min read 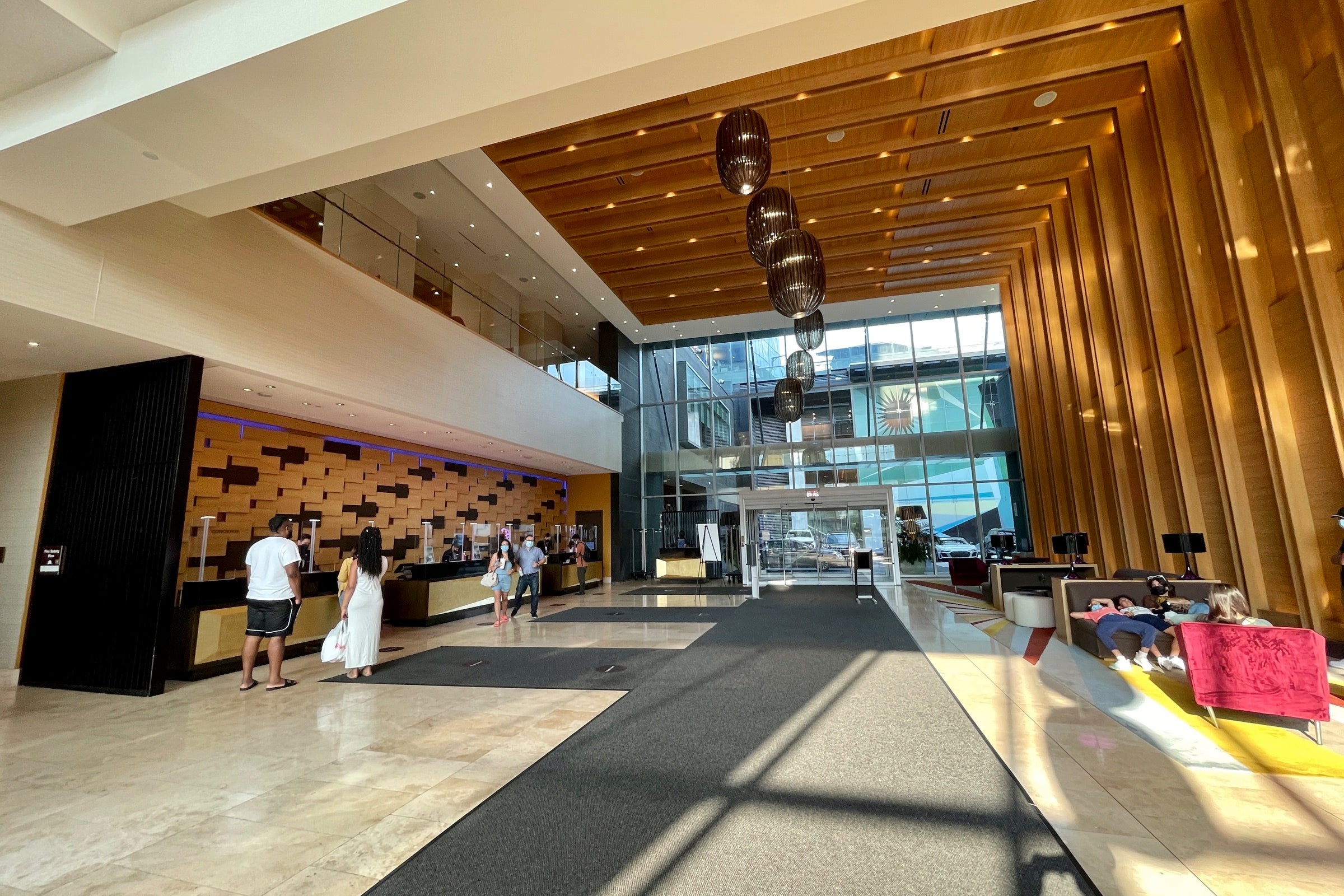 Long waits and guest grumbling due to understaffing go hand in hand with hotel stays these days. However, there might be a light at the end of this hospitality worker shortage tunnel.

Like anything these days, blame it (or bless it, if it eases the labor crisis) on inflation.

Hotels in the U.S. added 22,000 jobs last month, while bars and restaurants added 44,000. It may not sound like much, but that’s a win for the sector, especially since hotels went through several months of practically no job gains last fall.

“There’s no doubt that in certain markets [and] in certain hotels — places that to get the hiring done really did require some meaningful work — what we are finding now that as, frankly, the world returns to a bit more normal pace of everything from availability of child care to the government subsidies winding down to, frankly, people feeling more comfortable about being in the workplace, that we have had an easier time getting positions filled,” Leeny Oberg, Marriott’s chief financial officer, said on a company investor call earlier this month. “We’re basically back to a position of being relatively consistent with pre-pandemic levels of open positions.”

The hotel industry grappled with how to bring workers back following mass layoffs early in the pandemic that sent the industry’s unemployment rate to record highs. Nearly half the American hotel workforce was out of a job in April 2020. Today, the U.S. hotel unemployment rate is at 5.2%.

Some hotel industry executives like David Kong, former CEO of Best Western parent company BWH Hotel Group, noted the staffing shortages at hotels were partially a result of workers losing trust in the companies they worked for. If we’re so easily disposable, how can you ever confidently work in this industry, the thinking went.

“The baggage we carry as a result of laying off so many people in the pandemic ... That is a hard one to overcome,” Kong said at last year’s NYU International Hospitality Industry Investment Conference. “People always feel like you’re going to abandon them in a crisis and there’s no safety net.”

The higher rates you pay for a hotel room these days are helping to pay higher wages to better appeal to potential workers.

Analysts argued the hotel industry’s hiring issues started before the pandemic, as the sector paid less and required longer hours and limited flexibility compared to outside industries like retail. The retail industry had a wage premium of $2.68 per hour, or 17.5%, over front-line workers at hotels, according to a CBRE report last year.

It's on this front where hotel owners and parent companies made significant changes during the pandemic.

Hotels looked to make a dent in the hundreds of thousands of unfilled positions across the industry by offering on a selective basis same-day pay, flexible shifts, sign-on bonuses and wage increases.

Wage increases at Hyatt averaged as much as 20% in certain positions and cities, the company’s CEO Mark Hoplamazian said last year. While Oberg didn’t offer many specifics on various approaches at the individual property level across Marriott, she did say the average hourly salary at hotels affiliated with the company in the U.S. rose by 10% during the span of 2021.

“We do expect to continue to have strong pressures on the wage and benefit front,” she added during this month’s earnings call. “We’ve worked incredibly hard on scheduling and productivity measures to make sure that we’re managing the hotels the best way we can while also providing great service to the guests.”

Wage increases, better marketing for the hotel industry as a place for a lifetime career and, more recently, broader inflation may have been a collective tourniquet on the hospitality industry’s leaking pool of labor.

The cost of just about anything, from groceries to gas, hit record levels in recent months. That can mean a one-income household is no longer enough to financially get by.

“The economic reality is definitely forcing a lot of these workers to get back into hospitality. We've been talking a lot about putting the dignity back in hospitality jobs because there's this perception of there being no job security, it maybe not having the best benefits, it's physically intense for what you're getting and maybe you're better off working at some gig job,” Gilda Perez-Alvarado, global CEO of JLL Hotels & Hospitality, said in an interview with The Points Guy. “But the reality is money talks and, with the cost of goods going up, people have to get back in this space.”

Make no mistake: There is still a hefty worker shortage in the hospitality industry, which encompasses bars and restaurants as well as hotels. The overall sector is still down 1.4 million workers, or 8.5%, from its pre-pandemic staffing levels, according to the U.S. Bureau of Labor Statistics.

Even with April’s higher-than-expected job gains in the hotel industry, the lodging sector is still down by 404,000 jobs compared to pre-pandemic levels, according to the American Hotel and Lodging Association.

That means you shouldn’t shy away from taking advantage of mobile check-in and checkout and ordering room service from a hotel’s app — all tech features that can help you avoid the headache of waiting in a long line at an understaffed front desk or restaurant.

Guest reviews on travel platforms like Tripadvisor often mention hotels are still running with limited services, reduced hours at bars and restaurants and can still have hefty wait times for basic requests like an extra towel. Sadly, hiring picking up is unlikely to usher in the return of widespread daily housekeeping across the industry.

Hilton instated an opt-in housekeeping policy at most of its brands to combat the labor shortage. A final decision on housekeeping is still under consideration at IHG and Marriott.

“With 22,000 jobs added, the industry is chipping away at the workforce shortfall, but there is a long way to go back to full employment for the industry,” AHLA CEO Chip Rogers said in a statement.

Things may be getting better, but they still aren’t perfect. The wait might be a little shorter at check-in, but travel demand is expected to be even greater than last year.

Keep using whatever tech features you can find this summer, whether remote check-in or ordering extra toiletries or in-room dining from a mobile app, to offset still-below-normal staffing levels at your favorite hotel.

Featured image by The Delta Hotels Toronto lobby. (Photo by Andrew Kunesh/The Points Guy)
Editorial disclaimer: Opinions expressed here are the author’s alone, not those of any bank, credit card issuer, airline or hotel chain, and have not been reviewed, approved or otherwise endorsed by any of these entities.

Our points-obsessed staff uses a plethora of credit cards on a daily basis. If anyone on our team wouldn’t recommend it to a friend or a family member, we wouldn’t recommend it on The Points Guy either. Our opinions are our own, and have not been reviewed, approved, or endorsed by our advertising partners.
See all best card offers
Related stories
Guide
Guide to lounge access with the Amex Platinum and Business Platinum
News
Airlines say demand shows few signs of letting up
News
Alaska Airlines raises the cost of some British Airways awards
News
New offers on the Amex Blue Cash Everyday and Blue Cash Preferred: Are they worth it?