Brace yourself: It may be a rough holiday travel season — but not for the reason you think 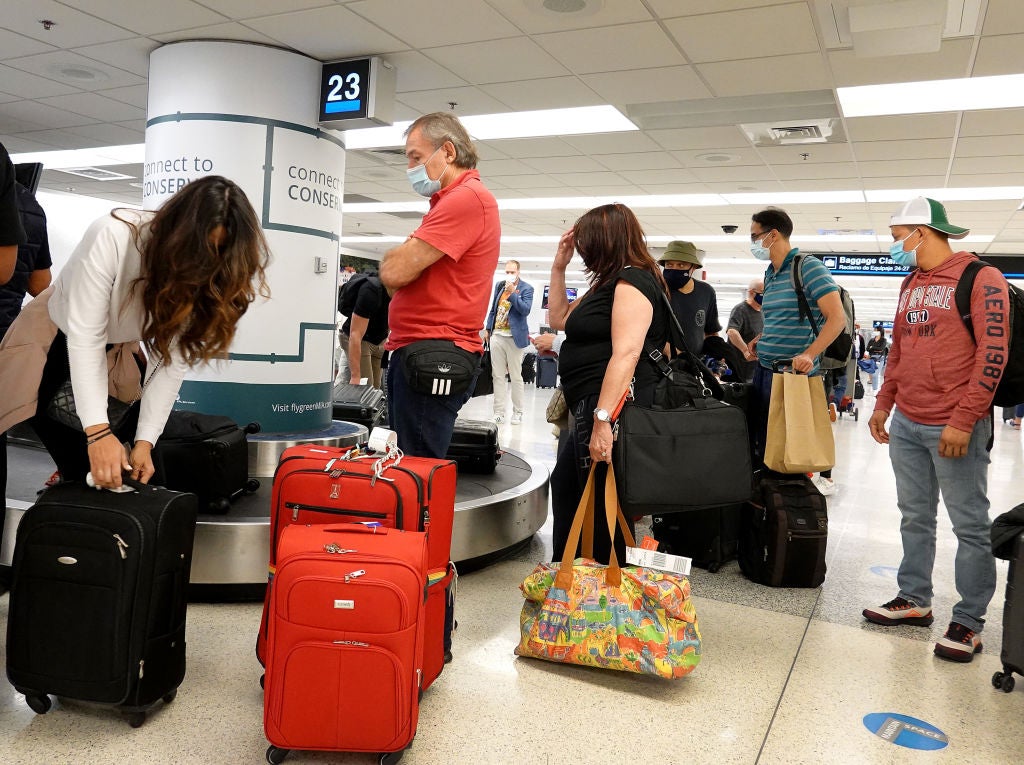 Holiday travel this year may be a mess.

Last year, health professionals all but begged travelers to stay home during the holidays. Now, experts say vaccinated Americans can enjoy their holiday travel plans, and the travel industry is hoping for a solid season to close out a chaotic 2021.

Though it’s only late October, however, we’re already seeing worrying signs that people who plan to travel during the Thanksgiving and winter holidays may face significant obstacles, from pricing problems to painfully long lines at airport security.

Here’s what you need to know before hitting the road -- or the skies.

Only 60% of TSA workers are vaccinated

More than half of Americans say they plan to travel this holiday season, and 40% say they plan to fly, according to a holiday outlook survey from PwC. (That number jumps to 57% for those with household incomes above $150,000 per year.)

But that figure isn’t the one you should be paying the most attention to. There's another 40% to be concerned about this holiday season.

That’s the percent of Transportation Security Administration employees who are unvaccinated, according to Sen. Chuck Schumer, a New York Democrat. NBC New York reported that he’s calling on the agency to put a plan of action to increase its vaccination rate and prepare for worker shortages during the holidays. If that doesn’t happen, he says, the agency should consider replacing unvaccinated employees with canine units.

Such low vaccination rates for TSA are pretty problematic for several reasons. TSA agents, or Transportation Security Officers, do a lot. They screen passengers and baggage for national security threats. Put more bluntly, they’re charged with stopping a terrorist attack on planes before it happens.

But aside from travel threats, unvaccinated TSA agents out of work for COVID-19 exposures -- or employees who are fired for not complying with the mandate -- will likely mean further delays at the security checkpoint during the holiday.

Throughput numbers for passengers at TSA are going up after hitting record-lows in March 2020. Current passenger traffic is approaching 2019 rates, with a whopping 2.3 million travelers passing through checkpoints on Oct. 17.

Millions of travelers are expected to take to the skies this holiday season. Those travelers include people flying into the U.S., which is reopening to vaccinated travelers from abroad on Nov. 8. Frequent flyers will also have to make room for leisure travelers who may not have traveled since before the pandemic -- or ever.

Like other government agencies, TSA has to comply with a Nov. 22 deadline for its workers to be fully vaccinated under a Biden administration mandate. A spokesperson said it “continue(s) to urge employees” to get immunized.

A TSA spokesperson told TPG this past week that unvaccinated employees who didn’t receive an exemption would be subject to discipline -- but didn’t elaborate on what that might look like. Employees could also face “removal from federal service,” the spokesperson said.

If 40% of employees are unvaccinated, they only have a few weeks to comply with the mandates to avoid a potentially disastrous holiday travel season -- and the clock is ticking. The U.S. Centers for Disease Control and Prevention considers people fully vaccinated if it’s been two weeks after the second dose in a two-dose series or two weeks after a single-dose vaccine. If a TSA employee were to get the first dose of a two-dose vaccine, such as the Moderna shot on Oct. 25, for instance, they would not be considered fully vaccinated until at least Dec. 6. (The Moderna vaccine is administered 28 days, or four weeks, apart).

Of course, an employee could get the one-shot Johnson and Johnson vaccine and be considered fully vaccinated two weeks after taking the dose. Employees who took this option before at least mid-November would be fully vaccinated when the busy Thanksgiving travel week begins.

TSA said it anticipated most of its employees would get vaccinated -- but that likely won’t bring comfort to people who plan to travel and are concerned about delays over Thanksgiving, which is one of the busiest travel periods of the year. Schumer pressed TSA to do more to get employees vaccinated and comply with the mandate, citing holiday travel.

"We can't have people worried about the holiday season travel. We have to assure them that it's going to be smooth," Schumer said.

With more people likely taking to the skies -- and with vaccinated Americans having the blessing of the nation’s top infectious disease expert to do so -- the last thing travelers will want is to have to be concerned about travel delays.

But there are other concerns, aside from low vaccination rates in parts of the travel sector. The sheer amount of people planning to travel also means travel won’t be cheap this year -- not in the slightest.

Flights are 55% more expensive, according to study

Last year, airlines and hotels were desperate to incentivize travelers to return.

This resulted in deep discounts and elite status extensions (in some cases until 2023). Since then, many countries have eased the strict travel restrictions we saw earlier in the pandemic, and airlines and hotels have struggled to keep up with the surge in demand.

According to data from Hopper, a travel booking app that uses a prediction algorithm to make personalized travel recommendations, domestic flights for Christmas travel are already up a whopping 55% from 2020, and international flights are up 30% compared to last year. Hotel prices are already up 40% from the beginning of 2021, and that figure isn't expected to plateau.

"With many routes still suspended and some hotels not reopened yet, there will be a shortfall in supply," said Stawksi. "That said, there may be some good deals for premium cabin flights and convention hotels as it’ll take longer for business travel to rebound.

Expedia, an online travel agency, recently released a report confirming some trends we already know. For instance, the most expensive travel dates are the Wednesday before Thanksgiving (Nov. 24) and Dec. 23. Expedia also advises travelers planning a post-Christmas trip to try to avoid departing on Dec. 28.

But the company says travelers who are more flexible in their plans will save even more. For instance, the company found that, in 2019, travelers who departed on or before Nov. 19 saved nearly 15%, compared to leaving the day before Thanksgiving.

“Whether you’re hoping to spend your holidays on the sand or on a ski slope, the best way to find a great value just requires a bit of flexibility in terms of your travel dates and taking advantage of the savings that are out there,” Christie Hudson, senior public relations manager for Brand Expedia, said in a statement.

Everything else is more expensive, too

If you're hoping to avoid a holiday travel headache by skipping flights and hotels, don't get too comfortable.

If you've been plugged into the rental car world lately, you already know how much of a mess it's been. Earlier this year, we heard horror stories of car shortages resulting in extremely high rates, long pick-up lines and reservations not being honored.

According to Hopper's data, demand for rental cars is still high, and prices are up 78% this year, though it's important to note that demand has decreased since the summer. Of course, even if you can find a rental car, you can't drive it without gas. Gas prices are surging across the country. The average cost for a gallon of gas is $3.35 a gallon, according to AAA data. In some places in the U.S., like California, that number jumps to over $4 per gallon.

These factors, including hotel and air prices and vaccination rates in the travel industry, will most likely contribute to a rough -- and expensive -- holiday travel season.

That means if your travel plans are absolutely locked in, you may pay a pretty penny to travel this holiday season and face headaches while doing so. Ultimately, it's never been more helpful to make flexible travel plans, which could be an even bigger factor this year in avoiding travel bottlenecks and skyrocketing prices during the holidays.