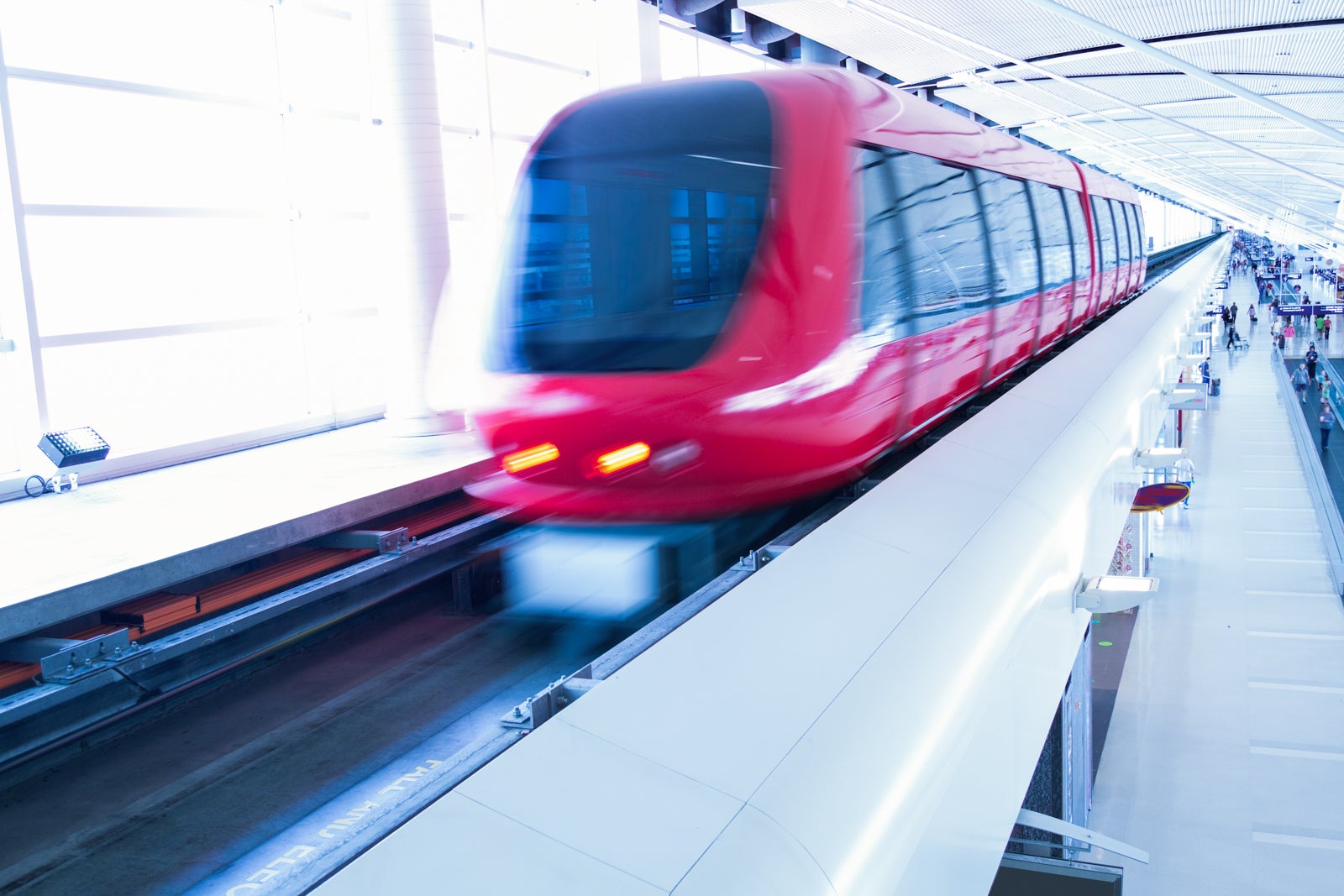 Here's Why the Public Announcements You Hear on the Way to the Airport May Sound Familiar
This post contains references to products from one or more of our advertisers. We may receive compensation when you click on links to those products. Terms apply to the offers listed on this page. For an explanation of our Advertising Policy, visit this page.

Attention, Rockies fans: The next time you fly out of Denver International Airport, you may feel a tingle of hometown pride. Rest assured that there's a good reason for it — you're starting off your journey with Rockies pitcher and hometown boy Kyle Freeland.

"Welcome to Denver, this is Kyle Freeland, Denver native and pitcher for your Colorado Rockies," Freeland says in his new recorded announcement for the trains that go from terminal to terminal inside Denver Airport (DEN). "We’re excited for the 2019 season, and there is no better place for baseball than Denver. Get outside and enjoy your summer. Go Rockies!”

In both the east and west of Canada, devotees of both pop culture and a certain newly legal psychoactive drug ramp up or power down from their air travel to the raspy guffaws of the actor and native Vancouverite Seth Rogen.

"I can't believe I'm going to say this, but stop clipping your fingernails on the TTC!" Rogen says in his recorded message for the Toronto Transit Commission.

Whether they're A-list celebrities or simply soothing voices that are seemingly ubiquitous, the people who record public announcements for use in airports, airport trams and on public transit are stepping out of the sound booth and into the limelight.

A city's personality, of course, plays a big role in who represents it in front of straphangers, tourists and flyers. Denver, for example, has a long history of borrowing the voices of famous athletes who call or have called the Mile High City home, including Peyton Manning and Lindsey Vonn. Freeland's recordings, which started about a week and a half ago, will soon be joined by other athletes, including a member of the Colorado Avalanche.

"Denver is big on sports, and we want support all our native teams," Denver International Airport spokeswoman Alex Renteria said in a telephone interview. "We want to get passengers returning or leaving Denver to get excited about Denver teams. What we like to do the most is surprise and delight our passengers, and it's exciting if you jump on a train and, when you're expecting the average 'Get off at A Concourse here,' you hear, 'Welcome to Denver! This is your pitcher of the Colorado Rockies!' It's really nice to get off a plane somewhere and hear a familiar voice."

But there are potential pitfalls when cities go the star route: Rogen got his gig as the voice of Vancouver's TransLink only when the man previously tapped for the role, Morgan Freeman (whom the city had celebrated with great fanfare), had been quietly fired following sexual-harassment allegations. Lovable as he is, Rogen himself wasn't wholeheartedly welcomed in Toronto, where many in TO wondered why someone from British Columbia should represent a city with no shortage of local celebrities.

Even when the voice that accompanies you to your flight is anonymous, though, it can seem oddly familiar, even in the most unexpected places. Does it feel like the public announcer followed you all the way from New York City to Paris? No, you're not crazy -- that's the voice of Mainer Carolyn Hopkins, who reminds you to watch your step at LaGuardia Airport (LGA), New York-JFK, Grand Central Terminal, the Staten Island Ferry, the rebuilt World Trade Center, the New York City subway system and Charles de Gaulle Airport (CDG) and the Paris Metro. You can't even escape her in Asia, because she's also the English-speaking voice in Incheon International Airport (ICN) in South Korea. (In fact, the Louisville, Kentucky, company Hopkins records for does the announcements for 110 airports around the world, while Hopkins herself can be heard at over 250 airports.)

Even regular commuters have become spokespeople. In 2006, Washington, DC, held a competition to find someone to warn travelers when the doors on the Metro train — like the one you take to Ronald Reagan National Airport (DCA) — are about to close. They chose Randi Miller, a 40-something local who worked at a car dealership and had zero broadcast experience.

"Can you imagine having 700,000 people hear your voice every day?" Miller asked The Washington Post when her recordings first went live in 2006. "Very cool."