Articles
Katherine Fan is a former senior travel features reporter at The Points Guy who covered everything from personal finance to travel and aviation.
March 14, 2019
•
5 min read 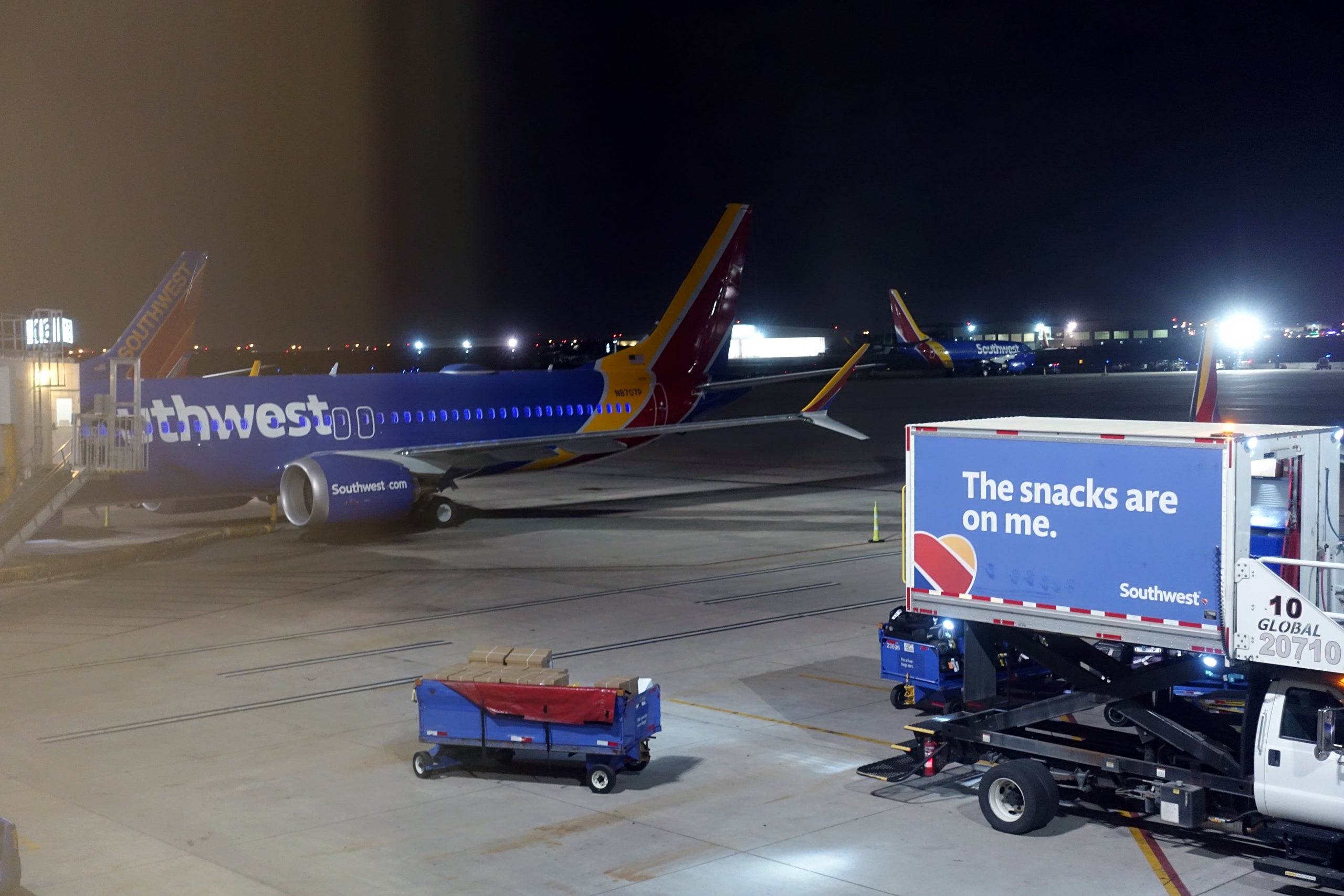 The Boeing 737 MAX has been grounded worldwide, and as of Wednesday, the US has joined the nations that stopped flights by the plane involved in two recent fatal crashes with striking similarities.

The ruling means that none of the three US carriers that operate MAXes can fly those planes until further notice. Those three are United Airlines with 14 MAX 9s, Southwest with 34 MAX 8s and American with 24 MAX 8s. This effectively eliminates 200,000 seats a week on Southwest flights, while American will lose about 100,000 and United 53,000 seats each week. (The MAX 8 seats up to 175 passengers, and the MAX 9 is slightly larger.)

For those of us who don't consider ourselves aviation geeks, the news of the last few days may have introduced some uncertainty. Some travelers have asked, "Is the Boeing 737-800s the same aircraft as the Boeing 737 MAX 8?" (It's not.) You can easily tell if your flight was originally scheduled on a MAX, and therefore grounded. In fact, airlines most likely have already contacted you if you were scheduled to fly on one, offering rebooking options.

Here's what to do if you're scheduled to fly with American, Southwest or United in the next few days or weeks.

Figure out if you're scheduled to fly on a MAX aircraft

If you're one of those affected, the airlines have committed to notifying passengers as soon as possible, and should proactively reach out to you if your flight takes off in the next few days. But if you aren't the type who avidly pores over FlightAware and Seatguru pre-flight, you might not even know that you've been booked on a MAX aircraft. (You wouldn't be alone: When we interviewed passengers just off one of the final MAX flights, some had no idea they were flying on it.)

TPG senior writer JT Genter wrote a useful guide that can help you identify your upcoming flight's operating aircraft. Once you know, use the information below to change your travel arrangements as necessary.

American Airlines operates 24 Boeing MAX 8s representing approximately 2.5% of its total fleet. You can see which aircraft operates your flight directly from the booking screen:

A customer service representative told TPG that travelers booked on MAX 8-operated flights whose tickets were issued on or before March 13 are eligible for a one-time flight change without paying fare differences or being charged change fees. As of now, the waiver applies to travel that takes place between March 13 and April 3, and can involve alternate routing or different dates, whichever works best for the customer. However, the agent also told TPG that AA is actively working to swap out replacement aircraft for the MAX 8s in order to avoid as many cancellations as possible.

Southwest Airlines is the world's largest operator of the 737 MAX 8. The airline's highly anticipated new routes between Hawaii and the mainland will not be directly affected by the MAX aircraft groundings, since only Southwest's 737-800 aircraft are authorized to operate service to Hawaii.

But if you booked positioning flights to the West Coast in order to take advantage of the airline's inaugural route sales, make sure your connections aren't affected by the ban — especially if you're booked on the first flights scheduled to depart this week.

You can check your flight details directly through the Southwest website by clicking on the small flight number on the booking screen:

Southwest has gone one step further in allowing all passengers a one-time opportunity to change their upcoming flights, offering a generous 14-day window of change at no cost and no fare difference.

This option seems to be available for all booked flights through the end of March, although the verbiage is intentionally vague, referencing "weather, etc." as an example of "circumstances" out of the airline's control.

The two crashes involved Boeing 737 MAX 8 models. However, the groundings affect all MAX models. Since United operates 14 737 MAX 9s, the airline has also been affected by the mandate.

A United customer service agent told TPG that airline representatives have not received much more guidance than what passengers themselves are seeing online. Since the MAX aircraft grounding directive is so fresh, she said, agents have just been told to help passengers rebook their affected flights on a case-by-case basis.

If you are scheduled to fly on a MAX 9 in the next few days, call United directly to request alternative options at no cost and waived fare difference.