This Is the Reason Southwest Hasn't Launched Hawaii Flights Yet

Articles
Mike Arnot is the founder of Boarding Pass NYC, a New York-based travel brand and a marketing consultant to airlines. A private pilot, he can sometimes be found above the skies of New York City.
Follow
Dec. 20, 2018
•
6 min read 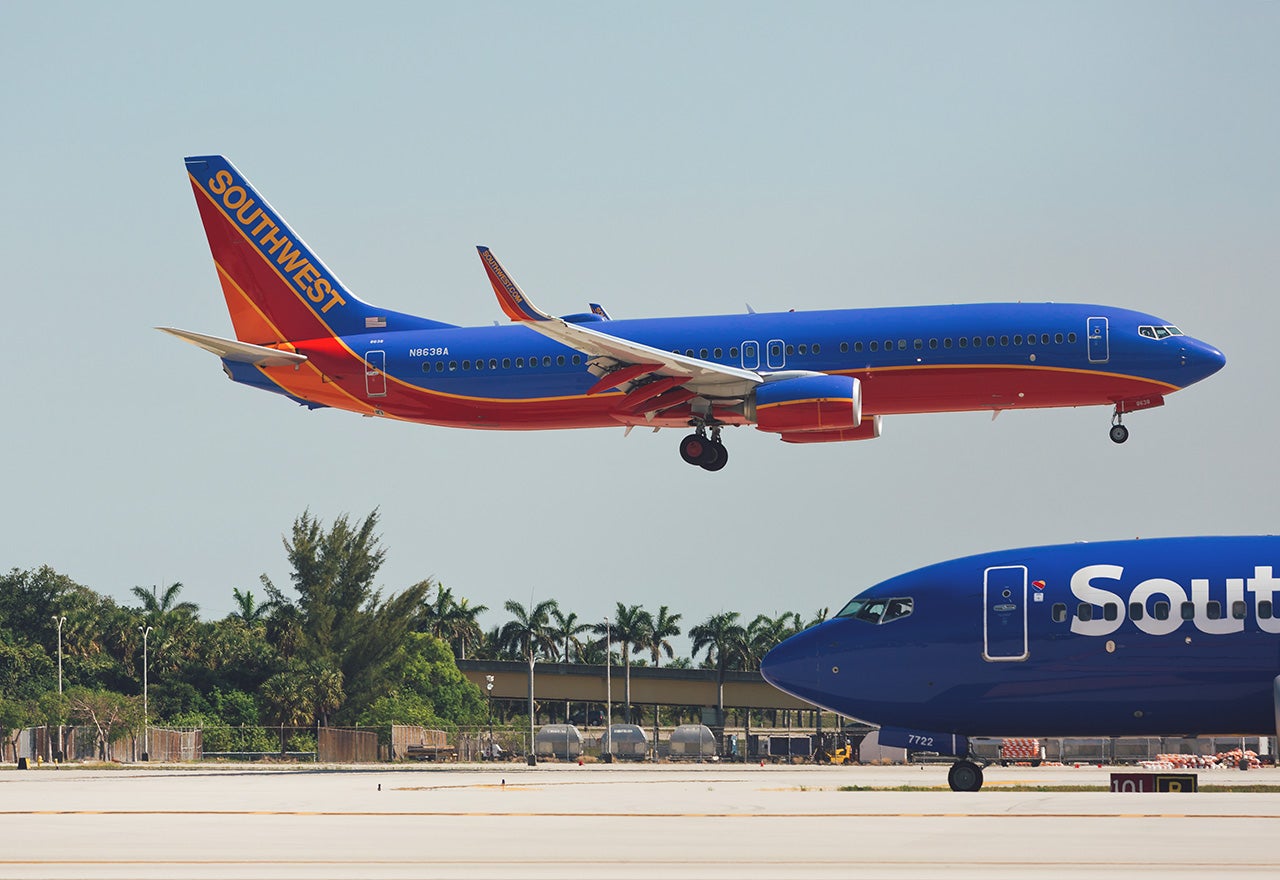 This Is the Reason Southwest Hasn't Launched Hawaii Flights Yet
This post contains references to products from one or more of our advertisers. We may receive compensation when you click on links to those products. Terms apply to the offers listed on this page. For an explanation of our Advertising Policy, visit this page.

Southwest Airlines is about to launch its first flights to Hawaii, a development that travelers have been eagerly awaiting. It would be the airline's first foray into a big leisure market, expected to come in 2019 even though flights aren't for sale on the airline's website yet. In fact, many had been expecting the flights to begin this year. With less than two weeks left in 2018, that isn't happening. What's the holdup?

The reason Southwest hasn't opened flights from California to Hawaii yet is a five-letter acronym: ETOPS, or "Extended Range Twin-engine Operational Performance Standards." The Federal Aviation Administration mandates how far, in minutes, a twin-engine aircraft can legally operate from an alternate airport en-route based on having one, single engine operative. However, Southwest will need to wait just a bit longer than anticipated as the FAA has yet to approve the airline for such extended operations. Without that, Southwest cannot fly over the Pacific.

This certification is provided for the type of aircraft and engine used, and the airline too, not just the plane, is required to meet ETOPS. The regulations govern items such as required equipment on-board for these extended operations, maintenance and crew training as well as simulation flights and proving flights under the regulators' watch. It makes sense; many twin-engine aircraft do indeed fly far away from airports where they can divert, such as the polar routes or across the Pacific.

If you've flown across the Atlantic on an Airbus A330 or to Asia from the US on a Boeing 787, for example, you've flown on an ETOPS-certified plane. In fact, with the progressive disappearance of four-engined jets and of the even rarer three-engined ones, most of long-haul flights these days are on twins. And Southwest only has twinjets — it famously operates a fleet made up only of Boeing 737s of various models.

"Southwest's primary impediment to publishing and operating Hawaii service has been securing FAA ETOPS approval on the Boeing 737-800NG and MAX8," said Robert Mann, an airline industry veteran and consultant.

At a Wings Club event in Manhattan last week, Southwest Airlines CEO Gary Kelly indicated that he was happy with how the process was going.

“We were warned at the beginning that since this is a brand new process for us, the certification, training and maintenance review would take 12 to 18 months. We’re going to be in that window,” he said, according to TravelMarketReport.

Industry insiders have speculated that the ETOPS certification may be delayed by the Department of Transportation's internal review of the FAA's oversight of Southwest Airlines, stemming from the engine incident with Flight 1380, in which one passenger died.

Nevertheless, the airline likely approached its Hawaiian expansion with a view to its standard playbook that has served it so well during its long history. It operates a single fleet of Boeing aircraft, typically point-to-point, and has long avoided flying outside of the US. For example, Southwest does not fly to Canada and only began flying to Mexico and the Caribbean in 2014.

"There will be a natural cautiousness by an airline like Southwest on this type of shift in operations," said Jon Ostrower, editor-in-chief of The Air Current and an aviation expert. "It is a different type of flying that opens the door to more technical responsibilities such as (...) fire suppressant, medical equipment on-board — all things that have nothing to do with the engines. It forces the airline to think about maintenance and reliability. Not only the letter of the law but the spirit of the law."

Once approval is granted by the FAA, Southwest's fleet of Boeing 737 aircraft will have no problem making the flight across the Pacific to the islands. Several airlines have flown the Boeing 737 across the Atlantic including Air Canada from Toronto and Montreal to Dublin, SAS from Copenhagen to Newark, and Norwegian from Stewart, outside New York, to Edinburgh.

Southwest intends to fly Hawaii nonstop service from Oakland (OAK), San Diego (SAN), San Jose (SJC), and Sacramento (SMF). In a release, the airline said that "from California, you can reach Honolulu (Oahu), Kahului (Maui), Kona (Island of Hawaii), and Lihue (Kauai). We also intend to provide inter-island service, so you can fly between the Hawaiian Islands with us, too."

Mann added that Southwest had to "decide how to optimally route the aircraft. Trans-Pacific only? Or route inter-island as well, to improve market coverage while maintaining schedule reliability and punctuality?"

"They seem to be going the latter direction [with inter-island flights]," Mann said.

Ostrower pointed out that Hawaiian operates a fleet of Boeing 717 aircraft inter-island, which are more suited to the quick turns between the islands, where a 737 may be too much plane.

"The great thing about the Boeing 737 MAX is that it is so fuel efficient. It wants to fly. It's suited for flights that are four to six hours. You could definitely see Southwest eventually flying to Hawaii from further inland such as Denver or Las Vegas," he said.

Either way, Southwest will have to work hard on the new Hawaii routes.

"Hawaii is a market that is big on points tickets," said Ostrower. "A lot of airlines don't see the ancillary revenue such as inflight Wi-Fi that they may see on a route that is not so leisure-focused. And there is a lot of competition on the route, from Alaska, Delta, American, United and of course Hawaiian."

Related stories
Bask Bank raises the mileage earning rate on its AAdvantage savings account — what you need to know
Use these Amex Offers to save up to $60 on your next Delta flight
Targeted Premier 1K members eligible for bonus miles when checking in and checking a bag on the United app
Current airline elite status match and challenge options you should know about
Featured image by Southwest Airlines Boeing 737 landing at the Fort Lauderdale/Hollywood International Airport. (Photo by Carlos Yudica / Shutterstock.com)