Articles
Katherine Fan is a former senior travel features reporter at The Points Guy who covered everything from personal finance to travel and aviation.
Feb. 28, 2019
•
5 min read 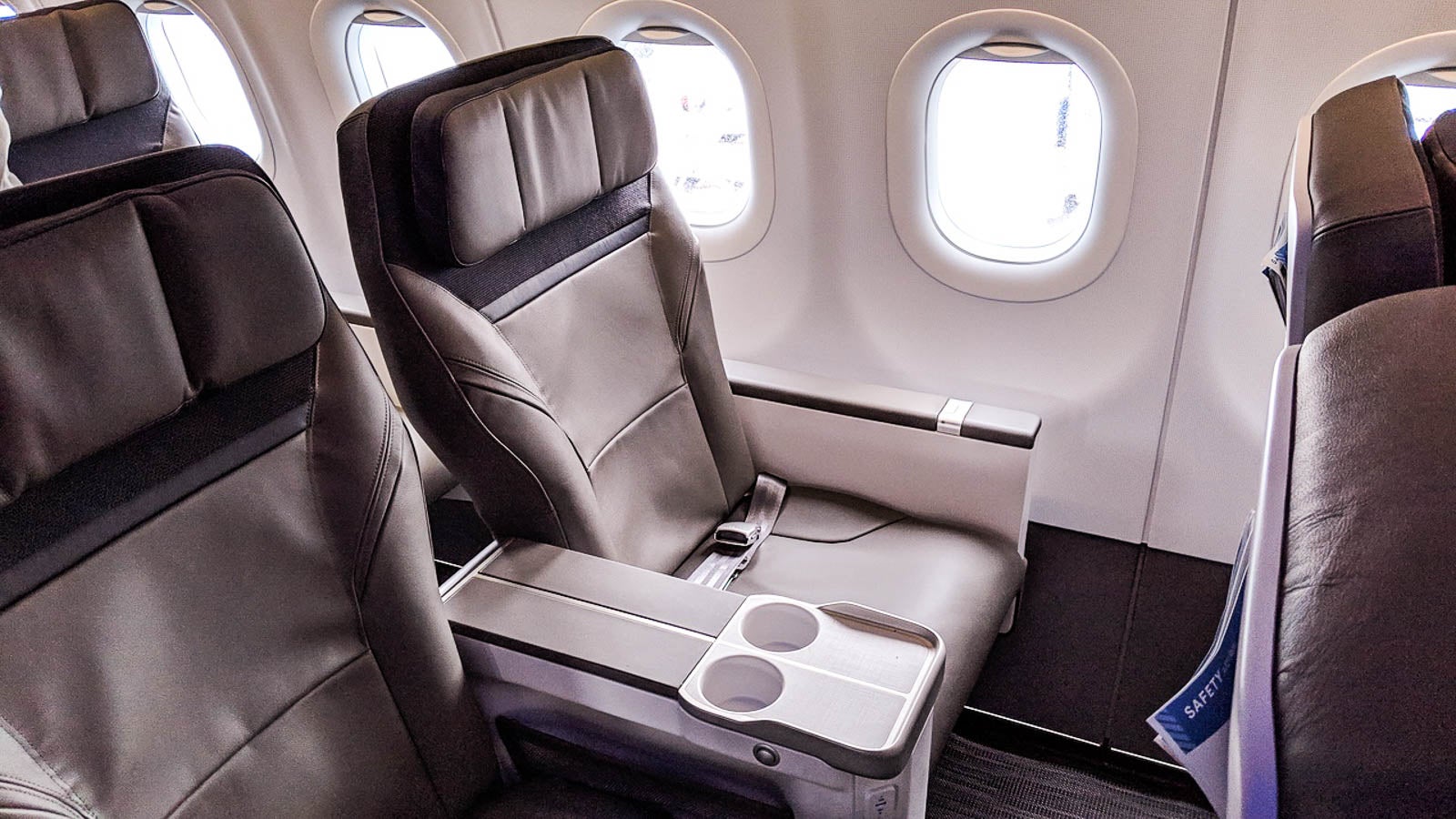 Here's What Alaska Air's New Cabin Redesign Looks Like
This post contains references to products from one or more of our advertisers. We may receive compensation when you click on links to those products. Terms apply to the offers listed on this page. For an explanation of our Advertising Policy, visit this page.

Among other announcements, the Seattle-based airline debuted its latest cabin redesign and new uniform designs for flight crew and ground employees, offered samples of its new menu offerings and restated its commitment to expanding direct flights to Seattle's Paine Field Airport (PAE), which will open to commercial traffic in a few days.

The new interiors, which just debuted in revenue service, mark the full erasure of Virgin America's signature bold look, completing the rebranding of the fleet of Airbuses that Alaska inherited when it bought Virgin America.

In place of the warm, club-like magenta and electric purple mood lighting of Virgin days, Alaska Air is installing ambient blue lights in the cabin, which "promote an uplifting energy during the day, and calming energy into the evening," according to the airline.

Cabin updates include expanding seating from eight to 12 in First Class, plus 24 in premium economy. This change increases the number of potential upgrades per flight, but unfortunately eliminates Virgin America's industry-leading 52-inch seat pitch in first. The redesign also includes built-in tablet holders and power outlets at each seat regardless of cabin class, which makes the airline's fleet more gadget-friendly. But unlike on Virgin America, there are no built-in IFE screens — you have to bring your own entertainment in the form of a tablet, laptop or phone.

Furthermore, Alaska will upgrade onboard Wi-Fi capability to Gogo's high-speed 2Ku product on most planes by early 2020.

A Wi-Fi speed test returned a download speed of 4.54 megabits per second. That is not a bad number per se, but transcon competitors American Airlines and JetBlue, for example, clocked in at a much faster 16 and 12 megabits per second respectively in recent reviews. We didn't have the opportunity to test live-streaming capabilities.

Lavatories feature large, bright signs high up so passengers can quickly see which stalls are available at a glance.

Alaska plans to convert four planes to the new interiors each month beginning in March, said president and CEO Ben Minicucci, bringing 85 percent of its 71 ex-Virgin Airbuses and 36 percent of the airline's total fleet to the updated seating by early 2020. The airline will also receive its first Boeing 737 MAX 9 this summer, which will be delivered with the new interiors.

West Coast airports will also benefit from Alaska's improvement efforts. Just last week, the airline announced plans for a 8,500-square foot rooftop lounge in SFO's Terminal 2, as well as a 18,500-square foot flagship lounge in its home airport, Seattle-Tacoma International Airport (SEA), which is set to open in the next few months. The airline is also refreshing its lounges in Anchorage (ANC), Los Angeles (LAX) and Portland (PDX).

For on-board fare, Alaska returned to its West Coast roots for inspiration.

Last but not least, Alaska Air's new employee uniforms are finally almost ready, after a three-year development in collaboration with Seattle-based designer Luly Yang, who was present at the launch event. The contemporary styles for flight crew and ground employees are designed with comfortable, high-performance materials such as a thick, ponte knit fabric for flight attendant dresses and stylishly cut, water-resistant coats for protection against drizzly weather. Yang estimated that the uniform line, which is currently in production, would be distributed to employees toward the end of 2019.

Featured image by (Photo by Katherine Fan /The Points Guy(