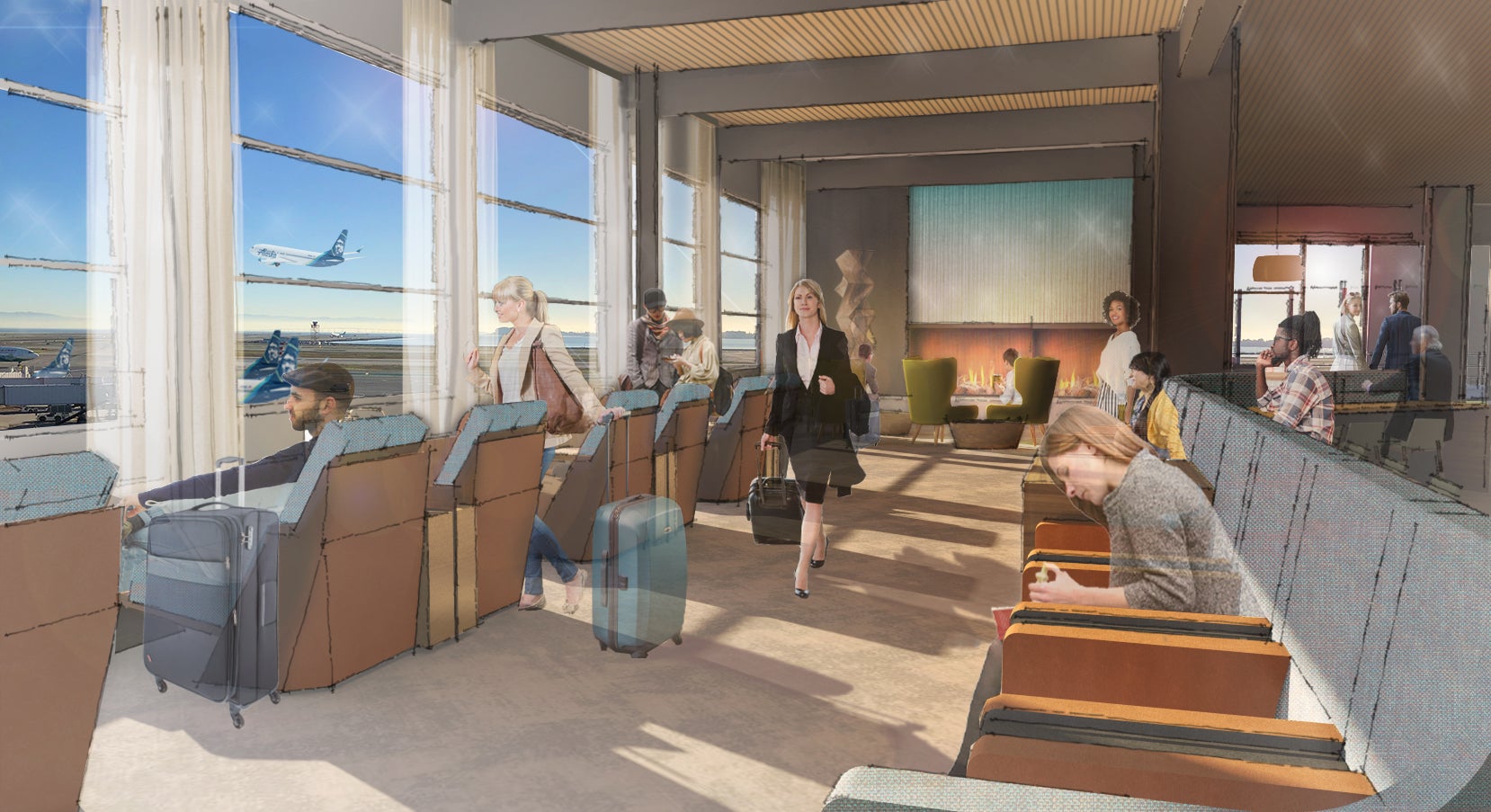 Alaska Airlines to Open 'Top Floor' San Francisco Lounge
This post contains references to products from one or more of our advertisers. We may receive compensation when you click on links to those products. Terms apply to the offers listed on this page. For an explanation of our Advertising Policy, visit this page.

Alaska Airlines announced Wednesday that it will build a new lounge in San Francisco International Airport (SFO) in an effort to continue its investment and focus on its California Bay Area hub.

Alaska will build an 8,500-square-foot lounge, in Virgin America's former home at SFO's Terminal 2, on the "top floor" of the terminal, with an expected open date sometime in 2020.

This could be another great spot at SFO for AvGeeks to plane spot, as Alaska says "guests will be treated to the highest viewpoint of any other domestic lounge at SFO with stunning sights of the Bay and runway."

Alaska is celebrating the announcement by giving away a free one-year Alaska Lounge membership for select flyers traveling through SFO on Wednesday, in addition to a chance to check out a VR version of the upcoming space. To enter the contest, flyers must take a picture of themselves testing out the pop-up experience and post it to Twitter and Instagram, tagging @AlaskaAir with the hashtag #MostWestCoast.

When Alaska fully completed its merger with Virgin Airlines last year, it took over Virgin's San Francisco hub, including many of its slots at the airport. SFO sees an average of 150,000 passengers flying through the airport on a daily basis and it's Alaska's second largest hub after Seattle (SEA). It only seemed like a matter of time before the carrier would want to build a lounge for its own premium passengers instead of relying on other airlines, as Alaska flyers lost access to American's Admirals Club in Terminal 2 last year.

If Alaska's new-ish New York JFK lounge is any indication of what the San Francisco space will be like, flyers will be in for an experience that's a tiny step above many other domestic airline lounges, although it's not a massive space by any means. Alaska says it will offer a "wide array of fresh and healthy food options, including Greek yogurt, steel cut oatmeal and hardboiled eggs in the morning and seasonal salads, soups and a tapas bar throughout the afternoon and evening." Made to order options will be available for purchase including items like an "asparagus and goat cheese omelet with roasted potatoes or a Korean rice bowl with steamed vegetables and gochujang sauce."

And like its New York outpost, the new SFO lounge will feature a real coffee and espresso station with Starbucks-trained baristas.

The lounge will be Alaska's second-largest after it opens its new 15,000-square-foot lounge at SeaTac in June. Like its other lounges, entry is permitted to lounge members, day pass holders, first class guests (does not include upgraded guests) and those traveling in premium cabins on an Alaska partner. Unlike other US mainline carriers, Alaska’s first-class passengers get complimentary same-day access to its lounges when flying domestically, even on short hops.

So far there's no word if the lounge will be accessible via Priority Pass like the Anchorage, Los Angeles, New York and Portland locations — although an Alaska spokesperson told TPG that those announcements will be made closer to the opening date. Alaska removed its three Seattle lounges from Priority Pass last July likely due to the oh-so-common problem of overcrowding. It also plans on renovating and adding amenities (think more barista stations and new furniture) to its Portland, Anchorage, Los Angeles and Seattle lounges over the coming year.

The carrier continues to roll out updates to its fleet and passenger experience and just quietly unveiled its first ex-Virgin Airbus A320 retrofitted with new seats and mood lighting. It plans on redoing the entire Airbus fleet by the end of the year.

*This article was updated to reflect that the lounge will have the highest viewpoint of any domestic lounge at SFO.