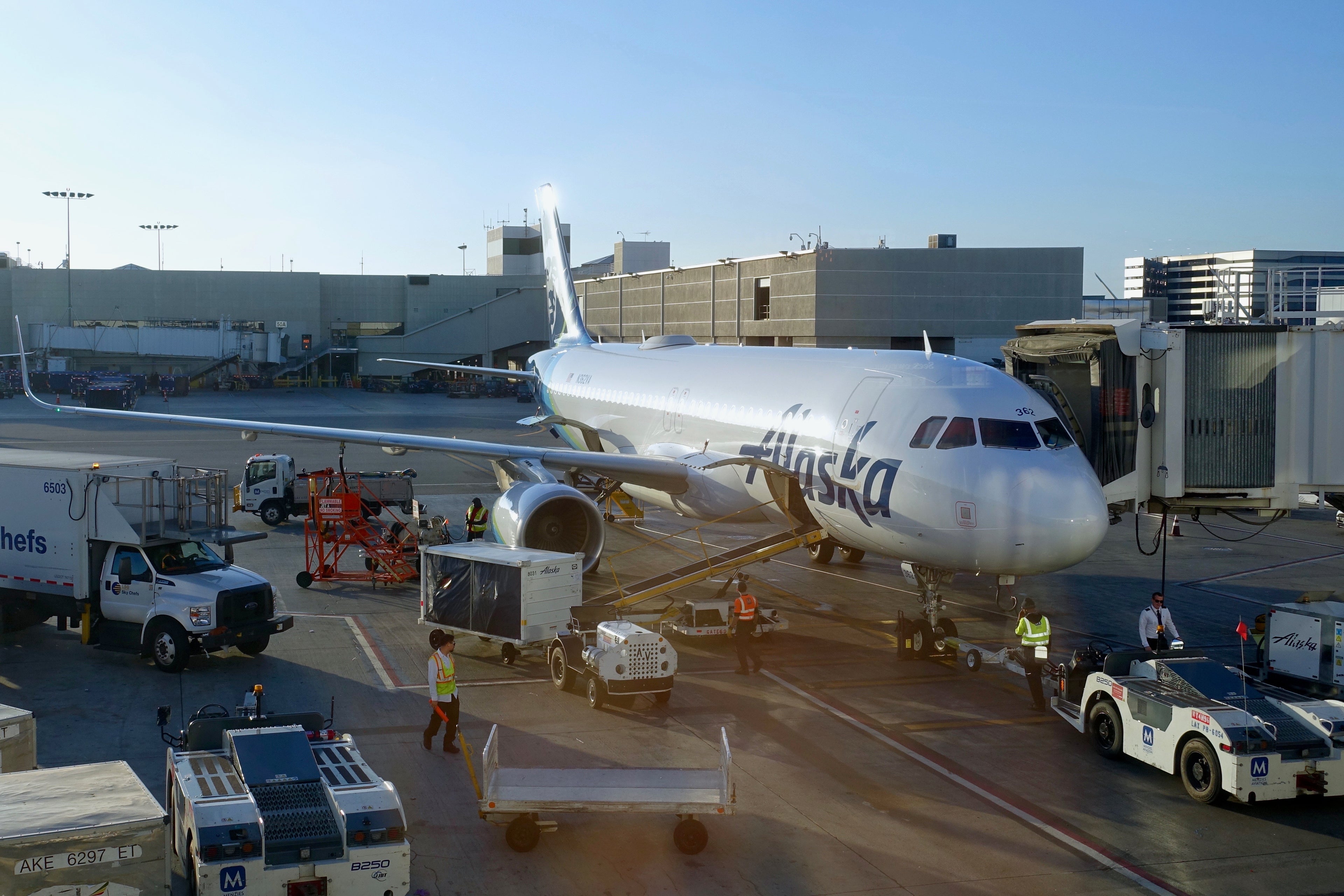 RIP Virgin America: Alaska's First Retrofitted Airbus Is Now in Service
This post contains references to products from one or more of our advertisers. We may receive compensation when you click on links to those products. Terms apply to the offers listed on this page. For an explanation of our Advertising Policy, visit this page.

Virgin America technically ceased to exist on April 25, 2018, and most of its jets have been repainted to match the colors of Alaska Airlines, which bought the smaller airline. Inside the planes, things were not as radically different from the days of Richard Branson's onboard flair. Sure, live TV, on-demand food ordering and the famed Virgin safety video were retired, but features like purple mood lighting and the opulent white leather first-class recliners remained. Unfortunately though, as we've long known, these things wouldn't last forever.

To standardize the experience across all its aircraft, Alaska is retrofitting the Airbus aircraft inherited from Virgin America, scrapping many of the things that made them unique. While Alaska hasn't provided any updates since the initial announcement back in 2017, we now know that the first retrofitted A320 has entered service.

The 12-year-old A320, registered N628VA, is the first of 73 Airbus aircraft to be retrofitted, with 12 seats in first class, 24 seats in Premium Class and 114 in the main cabin -- from 8, 18 and 129, respectively. It's operating mostly short-haul flights, but has already made appearances on several transcontinental routes as well.

As expected, mood lighting is now set to a fluorescent blue and seatback entertainment screens were replaced by personal device streaming. Standard coach seats lost an inch of pitch, though that shouldn't be too noticeable as the new slimline seats provide more legroom at knee level. The biggest difference with these seats is their padding.

With more premium seats up front, Alaska elites could look forward to more complimentary upgrades. However, more seats came at the expense of legroom. Up front, Premium Class seats offer 35 inches of pitch, and first class seats offer just 41 inches, compared to the previous industry-leading 55 inches. The fully adjustable leg rests, lumbar support and massage functions? Those are gone too. Unlike most cabin refreshes, these aren't more appealing to most passengers than the previous version.

While there's just one retrofitted aircraft flying today, several other A320s (N623VA, N625VA, N630VA, N635VA and N639VA), as well as a larger A321 (N928VA), are currently at Greenville–Spartanburg International Airport (GSP) getting cabin modifications and will enter service soon. Alaska expects to have its entire Airbus fleet retrofitted by the end of 2019.

You can find out if your flight will be operated by a retrofitted aircraft on Alaska's website. This model is listed as “Airbus A320,” while the ones with the original interiors just say "Airbus Series." Regardless which plane you end up getting, rest assured you'll have access to key amenities such as power outlets at every seat and in-flight Wi-Fi.

Featured image by (Photo by Benji Stawski / The Points Guy.)