I took 5 COVID-19 tests to go to Hawaii, and it was worth it

Articles
Clint Henderson is the managing editor for news at TPG. He worked in TV news for 20 years, including stints at ABC, MSNBC and Fox, before landing his dream job. Send tips to Clint.Henderson@thepointsguy.com.
Follow
April 12, 2021
•
10 min read 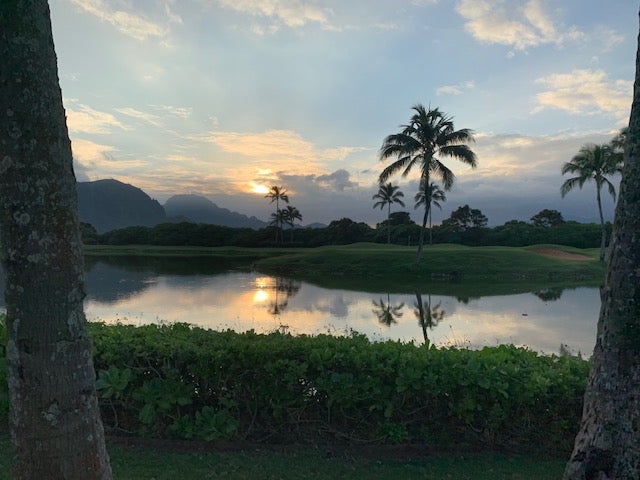 I realize I sound completely insane when I say I took five COVID-19 tests for one trip to Hawaii, but hear me out and keep reading for a side-by-side comparison of the testing services out there.

First, the backstory. I had a much-needed trip to Hawaii booked way back in January when Alaska Airlines was having a major sale (and before everyone figured out how to go to Hawaii). I got flights from my current home base of Montana for a total of $398 round-trip. That's a screaming deal, and combined with good rates on hotels, I was determined to make it happen.

For more TPG travel news and tips delivered each morning to your inbox, sign up for our free daily newsletter.

The remote nature of my father's ranch outside Butte, Montana, meant my options were limited when it came to tests that would be back 72 hours or less before my flight to Hawaii. In fact, there is only one place in all of Montana accepted by the Hawaii Safe Travels program -- a Walgreen's in the state capital of Helena.

My other options were at-home video kit tests. I decided, for safety's sake, to do the two at-home kits I had and to also make the two-hour trek to Helena for a drive-through test at Walgreen's. I thought it would be a fun experiment for TPG readers to see who would win the race for results.

None of those three options, however, would guarantee me results in time for my connecting flight to Hawaii. As the dates of my trip approached, I grew increasingly worried I wouldn't have the results in time. That's when I made the decision to change my flight to Seattle, leaving a day early in order to use Alaska Airlines' partner Carbon Health rapid testing site at Seattle-Tacoma International Airport.

In the end, all four results came back in time for my flight. Then I got a mandatory fifth test on arrival at Kona International Airport (KOA). So I took five tests for a total of $418 out-of-pocket.

Here's how the tests stacked up.

Vault was the fastest. The test cost $119. You order it online, and it comes in the mail with a kit and an already-addressed return envelope. I took the test at noon on Tuesday. I logged into my Vault account, waited for a medical practitioner to join me live via video conference. She watched me open the box and then spit into a plastic tube until it was filled to a line on the tube. Then she watched as I sealed the container.

I dropped it off at UPS at 1 p.m. that day in Helena, the lab had it the next morning and I had the results by 5 p.m. that same day (Wednesday). That's an incredible 28-hour turnaround.

TPG tip: Write "HAWAII STAT" (or whatever destination you're going to) on the testing box for lab urgency.

Other TPG staffers have had similar good experiences with Vault. My colleague Richard Kerr needed quick tests for his wife and himself for a Bahamas trip. He said, "got test overnight after ordering. 10-minute wait to get on live with someone, took test at 10 a.m. and dropped off at FedEx pick up. Had results at 2 p.m. next day." That's a 28-hour turnaround for him too.

Another video test service that is accepted by Hawaii is from Costco. There is a pretty complicated formula to help you figure out when you need to take the test prior to departure, so be sure to confirm when you are booking that there is ample time for mail and processing.

Their Azova at-home test also got me the results on time, though it wasn't quite as fast as Vault. I did the spit test with a practitioner watching via video link, and I dropped off the kit at UPS at 1 p.m. In the case of Azova, the results didn't come in until 9 p.m. the following day. That's still just about a 32-hour turnaround. That's remarkable considering there is shipping and lab work involved.

My only option in all of Montana for in-person testing was a Walgreen's drive-through COVID-19 test site in Helena. Montana is the fourth-largest state by geography, so it's pretty wild that I was down to one drive-through option. I love Helena, but less than 24 hours to visit in the middle of winter isn't my idea of fun. I also spent $115 on a hotel room at Delta Hotels Helena that was unexpected. I made an appointment ahead of time and took the test at 12:15 p.m. on March 9.

It's a self-swab kit they hand to you through a bank teller-style drive-through window. You run the swab in your nose, seal it in a plastic "bio-hazard" bag and drop it in a slot on the side of the building. The whole process took about 20 minutes.

There was no promised results time, but I ended up getting a negative result via email on March 11 at 8:15 a.m. That's about a 44-hour turnaround and also in time for my Thursday evening flight to Hawaii.

As you've probably guessed by now, I'm nervous by nature. The day of my first three tests, I was still freaking out about getting results back in time, so I made a decision to take one for the team, go all-in on the testing test and move my flight from Bozeman to Seattle up a day in order to take advantage of rapid testing provided via Alaska Airlines in Seattle. That cost me another hotel night in Seattle ($103) and 12,500 Alaska Airlines miles to book a last-minute flight on Alaska Airlines from Bozeman to Seattle. (I had a nonrefundable fare, so Alaska wasn't able to change my connecting flight so that leg got canceled with no penalty instead.)

Alaska teamed up with Carbon Health to do rapid tests for passengers traveling to Hawaii.

The testing site, unlike in Los Angeles, is not inside the airport. While it's called the Alaska Airlines Gold Coast Center, it's actually quite a distance away in a parking lot a few air train stops from the airport.

Here are just a few of the caveats if you go this route from Alaska Airlines:

The good news is that once I finally arrived with my luggage, it was a quick process. The $180 price tag hurt, but I had the results back in an incredible 22 minutes!

The biggest testing surprise came when I arrived in Hawaii. Apparently, Kona International Airport (KOA) does free (and mandatory) COVID-19 testing on most flights coming from the mainland United States. You show your Safe Travels QR code, answer some questions, fill out a worksheet, confirm your contact tracing information and then get swabbed for coronavirus. Airport officials only contact you if you test positive. The program isn't widely known and is supposed to be random, but it appears passengers on most arriving flights are getting tested.

That was my fifth test for this short stay, but at least it was free.

To visit Hawaii, you get a COVID-19 test from an approved company, upload the results into the state of Hawaii’s portal, answer a series of questions and, once you’ve followed all those steps, you get a QR code to show upon arrival.

Reminder: You will need a test taken within 72 hours of the last leg of your flight to Hawaii. Make sure you register with Hawaii’s Safe Travels system and get tested only at sites or companies that are approved by the state of Hawaii.

Related: Traveling soon? Here’s how to get a COVID-19 test

For more on Hawaii, be sure to read our complete guide to visiting Hawaii.

Was it worth it?

Hawaii is absolutely worth the extra hoops you have to jump through right now to visit. A few cautionary notes. First, make sure the test you get is on the list approved by the State of Hawaii (be careful with that). People have been turned away at the airport on the way to Hawaii or even upon arrival.

All in, it was about $418 for tests plus another $300 for extra unexpected hotel and food costs in Helena and Seattle. I didn't get billed for the Walgreens test (free), the Vault test was $118, Costco's Azova test was $118 and Alaska Airlines rapid Carbon Health test was $180.

I saved money on airfare but spent the difference and more on tests and extra travel.

Still, I consider it all money well spent for views like this.