Weekend getaway: Heading to the Final Four in New Orleans 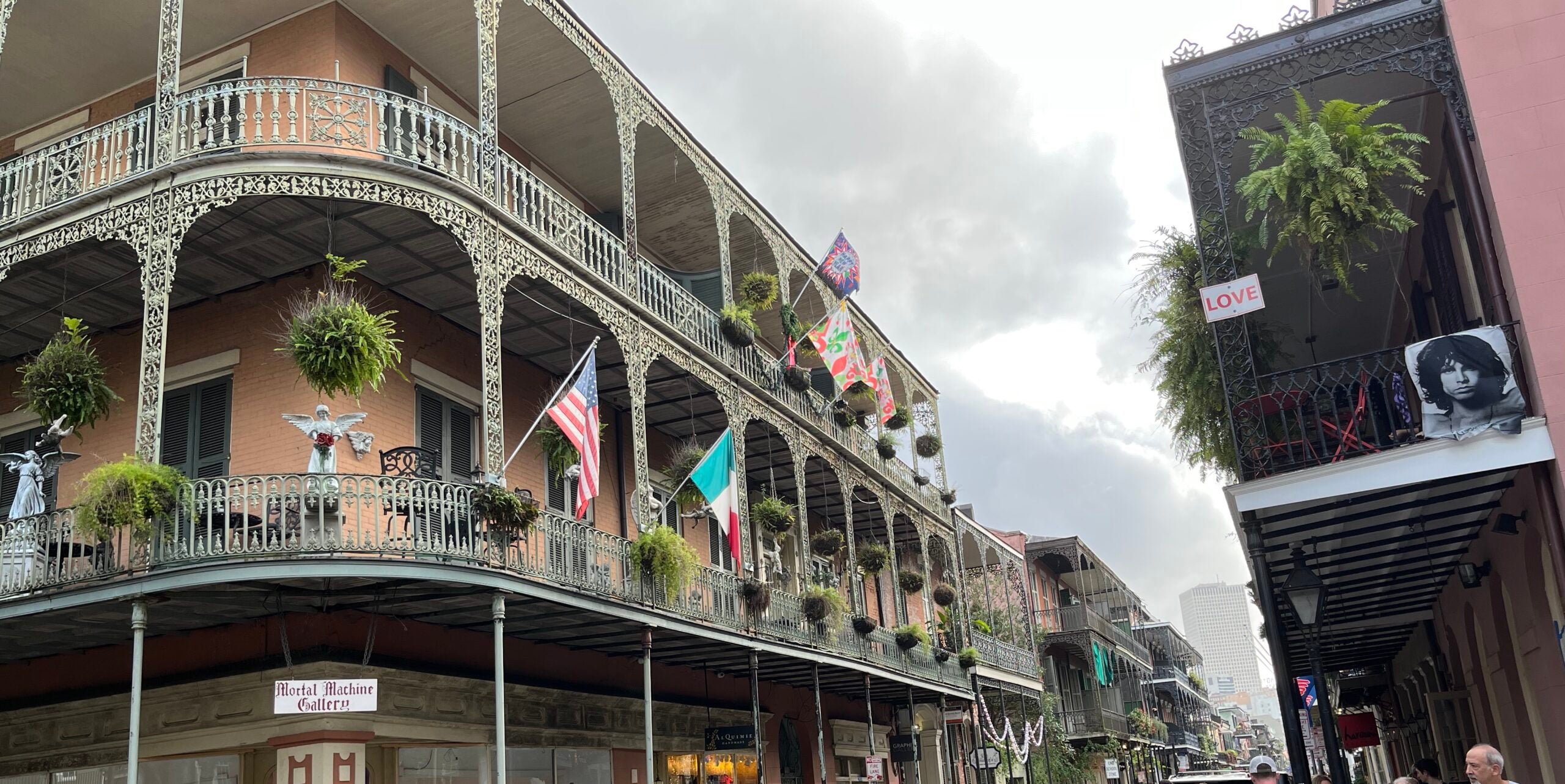 Two years after COVID-19 brought March Madness to a halt, and one year after the pandemic kept fans out as players competed entirely within the state of Indiana, you can expect much more boisterous Final Four festivities in 2022 as the event returns in earnest, in New Orleans, no less.

Whether your team is booking its trip to Louisiana or your bracket is busted, the celebration surrounding college basketball’s biggest weekend is sure to draw fans (or those who want to join in the atmosphere) to the French Quarter. That is, if you can find a way to affordably get there and find accommodations at the last minute.

What, when and where

The 2022 college basketball Final Four involves three games over two nights on Saturday, April 2, and Monday, April 4. There are two national semifinal games on Saturday, with the championship on Monday.

The games are being played at the football stadium home of the New Orleans Saints – the Caesars SuperDome. It’s also the home of the Allstate Sugar Bowl, which I attended a couple months ago on New Year’s Day.

The indoor stadium is in downtown New Orleans and walkable from French Quarter restaurants, hotels and tourist attractions. I walked to and from the Sugar Bowl in January and found it to be an easy walk.

When it comes to attractions, by the way, I put the SuperDome itself on the list. Its sheer size is a sight worth seeing, even if only from the outside because you can’t get tickets – which are still available, by the way: on Ticketmaster, the event’s official vendor for tickets, the semifinals were going for $223 per ticket, $144 for the championship.

If you’re flying from out of town, there’s a good chance you’ll have to spend more than you’d prefer, whether you’re booking in dollars or with miles; such is to be expected when traveling to an event of the Final Four’s prominence.

Still, as I checked Google Flights and airline sites, I did find a common trend: the sooner you can leave, and the longer you can stay, the better off you’re going to be.

With the games being played on Saturday and Monday nights, I started by looking at flights on the days immediately before and after: Friday, April 1, and Tuesday, April 5.

Just like you’d expect on the Wednesday before and the Sunday after Thanksgiving though, those are going to be the same days you’re going to pay the most.

American Airlines seems to be charging around $1,500 round trip from the New York area, and $1,700 for flights from Chicago-O’Hare and Los Angeles International.

A round trip from New York is going for 89,500 AAdvantage miles currently and it's 100,000 miles from Chicago as of now.

If you can wait an extra day to leave though, your round trip from New York drops to $1,074 or 52,000 miles with a return flight on Wednesday, April 6.

I found a similar trend on Delta Air Lines on flights from Atlanta-Hartsfield Jackson International Airport (ATL). Round trips from Friday to Tuesday are going for about $1,078 at the moment. If you wait until Wednesday, April 6, to come home though, the price drops to $708. When you book with SkyMiles, there’s an equivalent improvement.

You’ll save even more if you don’t care about attending the games themselves … or just seeing the championship game on Monday at least. If you can clear your schedule for this coming week (or work remotely of course) a round-trip flight on Southwest from the D.C. area and Baltimore-Washington Thurgood Marshall International Airport (BWI) drops from $959 to $478 when you leave this coming Wednesday, March 30, and return the day of the championship game – Monday, April 4. To continue my Thanksgiving analogy, flying on Monday is like flying on the holiday itself: if you’re willing to do it, there’s a good chance you’ll save.

I found a similar drop-off in rates by making that same adjustment to the itinerary on Southwest flights from Chicago-Midway Airport (MDW), and drop-offs on Rapid Rewards expenditures of more than 50% with when you make that change.

Hotels in and around the French Quarter are in high demand as we close in on Final Four weekend. In fact, even as I checked hotel sites working on this story, I had to navigate deals that would be there one moment and disappear the next. In some cases, this involved hotels no longer being available. More often, it involved hotels that had point redemptions available momentarily, but minutes later they were gone.

So, the first piece of advice would be to book the hotel now if you think you’ll be making the trip.

That being said, I did find some opportunities to save in value by booking with points instead of cash.

One option involves the Saint Hotel, which is part of Marriott’s Autograph Collection. It’s right in the middle of the French Quarter, and you can find any number of restaurants, bars, jazz, and of course, the stadium within walking distance.

The nightly rate for a four-night stay from Friday, April 1, to Tuesday, April 5, is $589, for a total of $2,356 for the stay. However, I found the same stay available for a total of 240,000 Marriott Bonvoy points. According to TPG’s March 2022 Points and Miles Valuations, 240,000 Marriott Bonvoy points are worth about $1,920. That means booking on points offers you significant savings in value. On top of that, when you book four consecutive nights on points with Marriott you get the fifth night free. So if you have the time to stay until the Wednesday after the Final Four, you’ll save significantly on your airfare, and the fifth night won’t cost you any additional points.

For IHG Rewards Club members, I found a good redemption rate at another hotel right in the heart of New Orleans. The Holiday Inn Express New Orleans Downtown/French Quarter area is just a half mile walk to the SuperDome.

You can book the nightly rate of $402 or the average nightly points rate of 44,500 – which TPG’s valuations say is significant savings in value. IHG also gives you a number of options for booking with a combination of points and miles.

Finally, another property right in the middle of New Orleans’ most popular attractions is the Eliza Jane, part of World of Hyatt’s Unbound Collection.

Going by TPG’s valuations, you spend about half the amount in value when you book the 12,000 nightly points rate instead of the $449 per night in dollars.

The first Final Four with a stadium full of fans since 2019 means fans may be ready to splurge, book a last minute ticket and head to New Orleans to take in the games and enjoy the atmosphere.

If you’re looking to get a flight and a hotel at a reasonable price, it looks like your best bet is to book it now and consider leave this coming Wednesday. And maybe leaving before the championship on Monday. It appears anything you can do to shift your itinerary away from the days just before and after the Saturday and Monday games will help you save significantly.