I was one of the first American tourists to enter Germany: Here's what it was like

Articles
Mimi Wright is in the social media department at The Points Guy.
June 20, 2021
•
8 min read 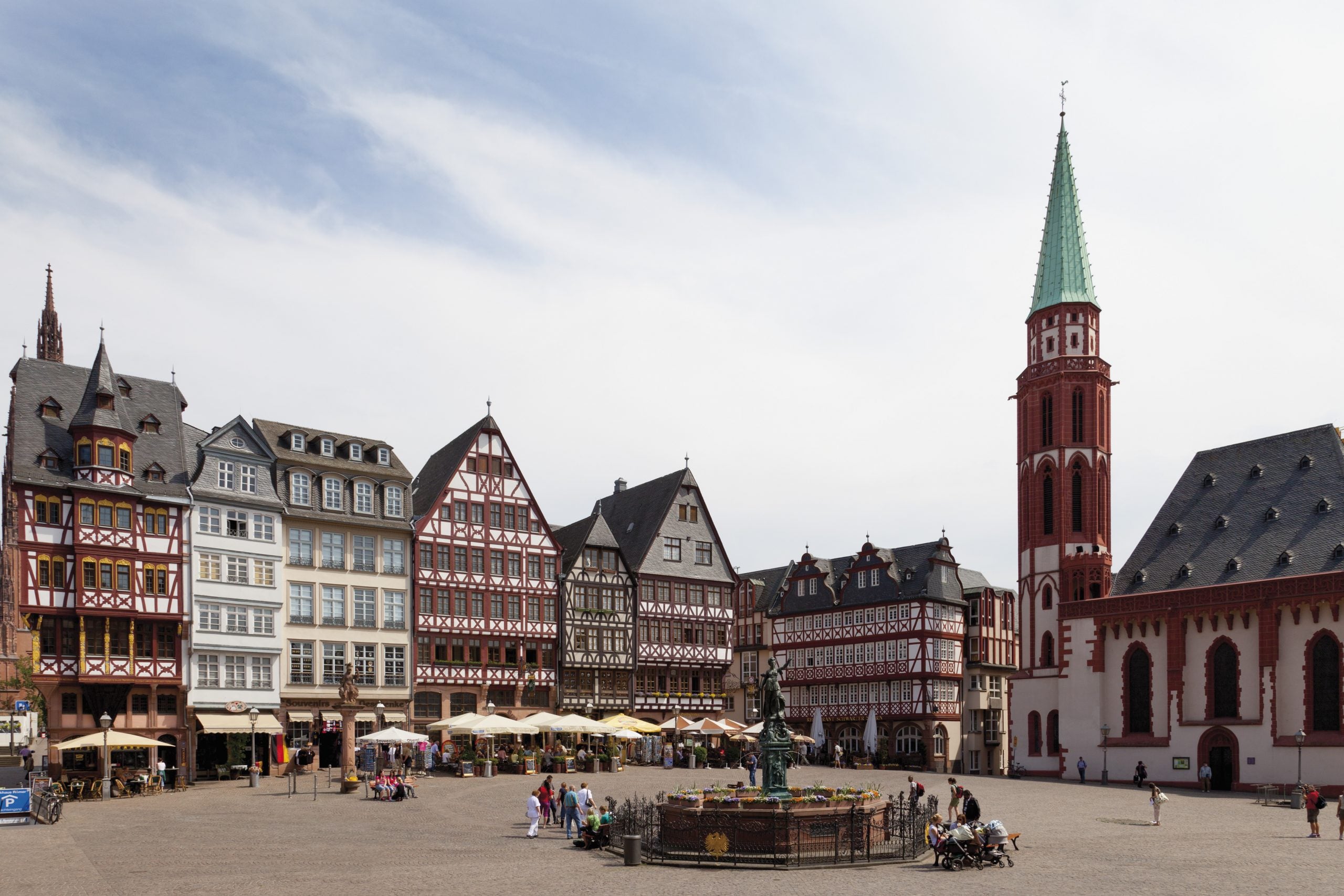 I was one of the first American tourists to enter Germany: Here's what it was like
This post contains references to products from one or more of our advertisers. We may receive compensation when you click on links to those products. Terms apply to the offers listed on this page. For an explanation of our Advertising Policy, visit this page.

My journey to Germany was, well... interesting. After the European Union lifted restrictions on American citizens to travel to its 27 member states on June 16, we decided it would be a good idea to get someone from TPG to be there as the borders opened to nonessential travel. Because Germany is a member of the EU, we figured this decision by the EU included Germany. In fact, we were under the impression that as of June 18, Germany's borders were open.

But that wasn't the case.

New to The Points Guy? Sign up for our daily newsletter.

Thursday night, we booked a flight for the next day (June 18) at 3:45 p.m. with Lufthansa from JFK to Frankfurt (FRA). I purposely arrived at 1:15 p.m. so that I had enough time should any issues come up. And boy, were there issues. Because passengers needed to show proof of vaccination, a negative test or proof of recovery, we had to go through a longer check-in process than normal.

I am fully vaccinated and I got a rapid test earlier that morning (with specific travel documentation) just in case they asked for it. When I finally reached the counter, the agent scanned my passport and told me my ticket was voided. This was the first of many hurdles.

I had a confirmation number, so I figured it was just a system error. After a few minutes, they told me they wouldn't be able to fix the issue and that I had to call the ticket issuer (our parent company's travel agency). I stepped aside and was told by the agency that I was issued two tickets by mistake, but there was an active ticket. I went back to the counter with the active ticket number (they didn't make me wait), but they told me I had to go to the help desk to get the active ticket switched with the voided ticket.

Related: France adds US to ‘green’ list: I’m in the country now — here’s what it’s like and what to expect

By this time, the Lufthansa check-in was becoming madness. At the help desk, an incredibly agitated man was unable to fly to his destination because the plane was full even though he had a confirmation number for a ticket. He berated the help desk agents for about 25 minutes, leading to two police officers arriving.

As he was dealt with, a few other customers in front of me had issues checking their bags because it was a codeshare with United. After their issues were handled, I explained my situation and the agent managed to get my active ticket to work.

He led me over to another agent who questioned me about my purpose for travel. After saying business, she asked for confirmation of my business or papers. I had neither because I was under the impression that nonessential travel was allowed. I was then transferred to the deputy manager (who was helping the same angry man from earlier. Yikes). He told me that he was worried about sending me to the border without papers and thought I would be turned away. I looked up the current border restrictions, and there it was:

[pullquote]The German Government is lifting all travel restrictions for persons residing in the United States, effective Sunday, June 20, 2021. So starting Sunday, travel to Germany for all purposes will be permitted again. However, a proof of vaccination, proof of recovery from COVID-19, or negative test result is still required for entry via air travel.[/pullquote]

This was news to me and the deputy manager. He told me he was unaware of the lifting of restrictions by the EU, so he was glad I said something because he had been dealing with U.S. passports all day. All of this happened while a massive white dog in a crate barked for around 25 minutes. It was hectic, to say the least.

Unfortunately and unknowingly, I was one day early because the German Government decided that morning to lift restrictions for the following Sunday. He kindly reticketed me for June 19 (my flight would land in Germany on June 20, allowing me to enter ... hopefully). I ubered back home disappointed but determined.

On June 19, I woke up and did the exact same thing I did before. I got a COVID-19 rapid test with accompanying travel documents and ubered to the airport, this time arriving at 1 p.m. on the dot.

I wasn't far from the counter, but it took me about 45 minutes to get to a gate agent. She scanned my passport, asked for my vaccine card, weighed my suitcase and handed me my boarding pass. I couldn't believe it. After everything I went through the day before, it was shocking to receive my ticket so easily. I've never taken such good care of a boarding pass as I did with this one. It truly felt like a Golden Ticket.

I was thankful to get out of the check-in area because the line was snaking its way all the way to the entrance and was now multiple lanes deep.

By 2:02 p.m., I was through security and on the way to my gate (I have Global Entry and TSA PreCheck, which helped). With an hour until boarding, I got a bagel, checked up on work things and waited. Boarding the plane was efficient, calm and speedy.

Related: France is open to Americans; Here’s what it’s like now and when to go

I found my seat (37K) and settled in for the journey. It felt very similar to pre-pandemic flights, except for a few small changes. We were offered a towelette and earbuds, masks had to be worn the whole time (except for when eating or drinking), and service was a bit different. We received hot meals (vegetarian pasta with a roll, side salad, crackers and cheese, and a berry dessert), but alcoholic beverages were limited and not allowed between meals.

The flight was smooth and on time. When I arrived in Frankfurt, I was worried about customs because I didn't know what the process would be like. In reality, it took longer for me to walk to customs than to actually get through.

The border agent asked me if I was meeting anyone, what my purpose was, if I had a vaccine card and if I had a place to stay. He stamped my passport, and I was through.

Related: Everything you need to know about transiting through European airports during the pandemic

All in all, it was a headache getting to Germany, but mostly because we were a day early thanks to Germany updating its restrictions on short notice. For anyone planning a trip or heading there soon, as long as you have the proper COVID-19 documentation, you shouldn't have too much of an issue getting in. Remember that you need that COVID-19 test, and TPG suggests printing out supporting documentation from the government "just in case."

My best advice is this: Get to the airport way before your flight because those lines were brutal. And maybe pack some patience. You might need it.