It just got cheaper to renew your TSA PreCheck membership

Articles
Katherine Fan is a former senior travel features reporter at The Points Guy who covered everything from personal finance to travel and aviation.
Oct. 13, 2021
•
9 min read 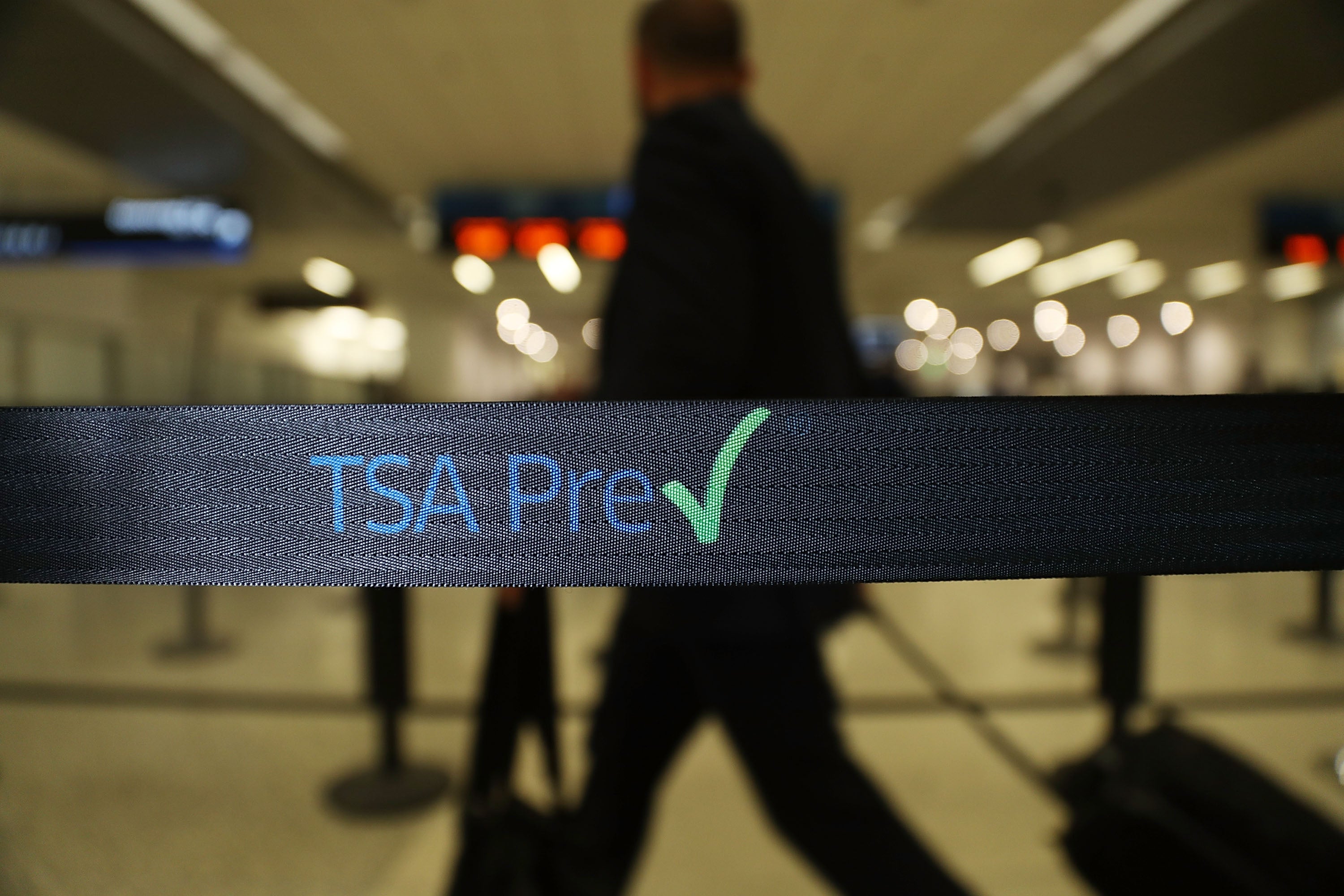 Editor’s note: This post has been updated with current information. It was originally published in December 2019.

We have some good news for people enrolled in the TSA PreCheck program: If you're due for a renewal soon, your fee is getting slightly cheaper.

The Transportation Security Agency (TSA) recently announced that renewal fees for the popular program are decreasing to $70 if completed online. It's important to note that the price has only dropped for renewals. If you're signing up for the program for the first time, that fee still remains $85.

“TSA PreCheck was launched eight years ago to provide expedited airport security screening for low-risk travelers,” TSA administrator David Pekoske said in a statement. “Our TSA PreCheck program improves overall security, and we will continue to look for ways to enhance the benefits of this program for our trusted travelers.”

You’ve probably seen TSA PreCheck lanes at most U.S. airports. If you don’t already have PreCheck but keep seeing the phrase pop up everywhere, you may be wondering what all the hype is about — and whether it’s worth the fee.

Aside from the (now cheaper) renewal fee, here are our favorite reasons why TSA PreCheck will change your travel game — and why you should enroll or renew your membership, especially during the pandemic.

As travel rebounds and more travelers take to the skies, you'll want to have TSA PreCheck due to the sheer amount of passengers flying now.

Having PreCheck can significantly cut the amount of time you're spending in the security line. For instance, at New York's JFK Airport on a Tuesday afternoon in mid-October, travelers with PreCheck spend significantly less time in line at Terminals 4, 5 and 8 than those in the general line.

Terminal 4, for instance, is the largest at JFK and primarily serves long-haul international flights. That means, in essence, having PreCheck can (sometimes) determine whether you'll make a flight, especially if you're running behind.

PreCheck gives you fast-pass access to airport security, making the stressful trek from the airport curb to your gate quicker and easier. You don’t have to remove your laptop from your bag, and you can keep your shoes on as well. And you get to walk through a regular metal detector rather than standing still with your hands up as you pose for the body scanner.

But it's not just handy if you're running late. TSA PreCheck is an absolute no-brainer for convenience and speed when you’re traveling with children, a group of people or anyone with special needs.

Maintain (a bit more) distance from other travelers

The pandemic has changed life as we know it. And while studies have shown that planes carry fairly minimal risks for coronavirus transmission, the same cannot always be said of airports, especially in high-traffic destinations where travelers may find themselves in close quarters at gates and security lines.

Related: 8 ways travel has changed since the pandemic began

TSA PreCheck certainly won’t give you COVID-19 immunity, but it can give you a little bit more distance from other travelers. You’ll usually move more quickly through a PreCheck security lane than you would in the regular line, and many PreCheck travelers are more experienced with passing through the screening itself, which means less time and less overlap between you and people next to you.

If you have access to a private airport lounge through airline status or holding a credit card, having PreCheck allows you to maximize time in a more comfortable waiting space rather than queueing up in the “regular” TSA line. And even if you don’t have lounge access, PreCheck means you can arrive a little later and spend just a little less time in the airport.

Do you want to learn more? These are the best credit cards for free airport lounge access

Skip the line — even outside of the airport

Of course, TSA PreCheck is most often associated with airport security. But did you know that the technology — and pre-screened approval — can carry over into other aspects of life?

PreCheck holders can whisk through the security fast lane at select sporting events, concerts, music festivals and other shows with PreCheck clearance as well. You just need to have your Known Traveler Number (KTN) handy.

We often mention TSA PreCheck in the same breath as Global Entry, and that’s for a good reason. When you pay the $100 application fee and are accepted into the Global Entry program for expedited customs clearance, you’re also usually eligible for TSA PreCheck at no additional cost.

To make sure you’ll get PreCheck at participating airports, make sure you add your Known Traveler Number into your frequent flyer profile with each airline you fly.

Global Entry (and PreCheck) is included with select credit cards

Even better than getting TSA PreCheck for free when you register for Global Entry, you can get the $100 Global Entry fee reimbursed via statement credit with a variety of premium cards.

Some of the best cards that offer this perk include:

Each of the cards mentioned above offers a reimbursement credit for the Global Entry fee in an up to $100 statement credit. You’ll be able to utilize this perk once every five years when you need to renew your membership. And if you’re eligible for Global Entry with multiple cards, you can use the $100 credit toward a friend or family member’s application instead.

The great thing about TSA PreCheck is that you can use it throughout the U.S. You’ll find PreCheck lanes at more than 200 airports across the country, as well as in Guam, Puerto Rico and the U.S. Virgin Islands.

In contrast, the privately owned Clear expedited security program — a valuable designation to hold — is currently only available at a handful of airports and stadiums.

Related: Here are all the airlines that participate in TSA PreCheck

You’ll have it for the next 5 years

Even if you don’t get PreCheck through Global Entry — and even if you don’t get the Global Entry fee waived with a credit card — paying $85 for expedited airport security could be worth it (and just $70 if you're renewing). It cuts down on wait times, and your membership is valid for five years, so you’re effectively paying less than $20 per year for the privilege. Remember, it doesn’t take many annual trips to the airport before this out-of-pocket expense pays for itself with convenience.

Related: Should you get TSA PreCheck or Clear? …Or both?