3 things I hope will stick around with the merged Frontier, Spirit 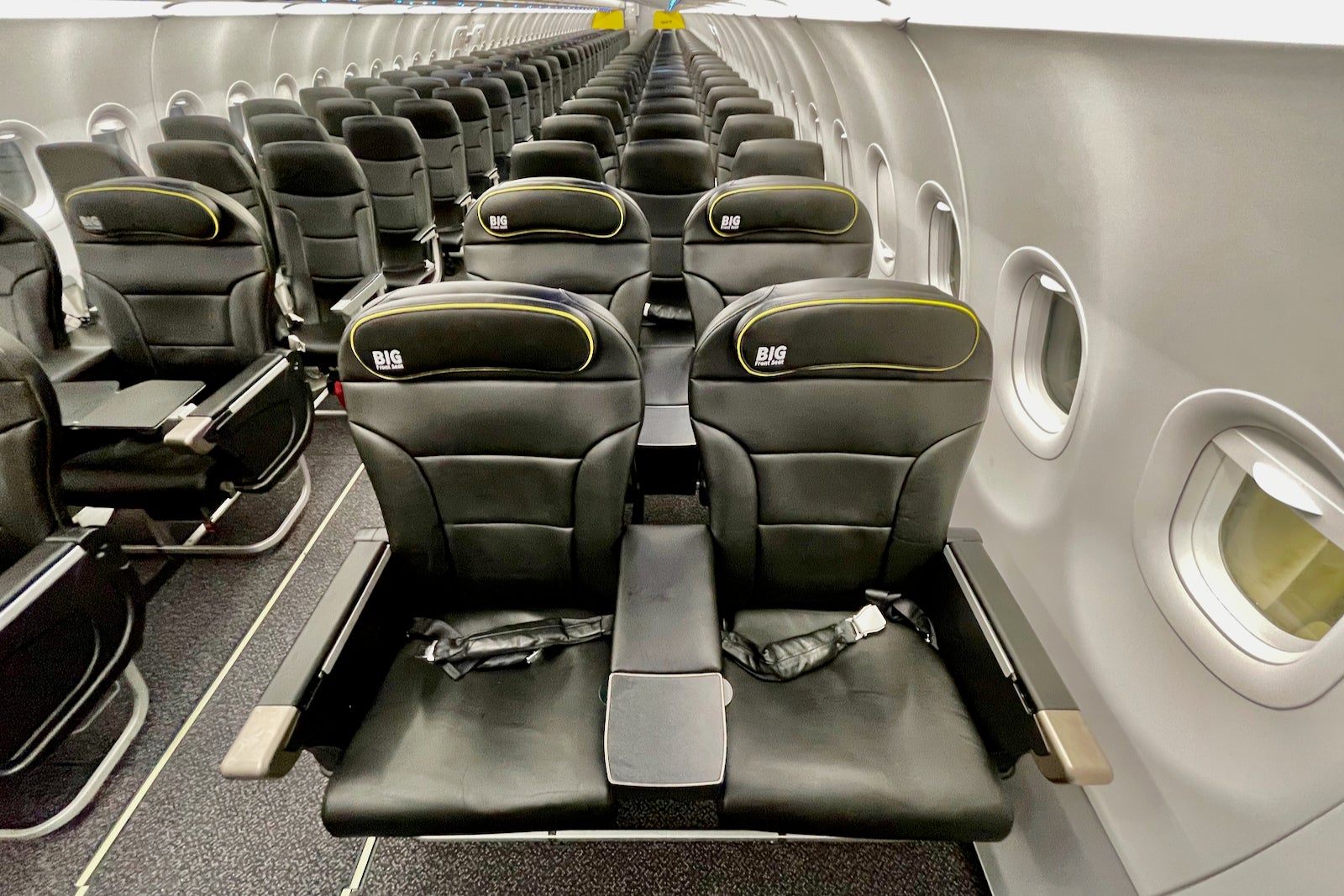 If things go according to plan, there’s going to be one giant ultra-low-cost airline in the U.S. by this time next year.

Frontier and Spirit Airlines, two of the nation’s largest budget carriers, plan to merge — and with it comes two brands built on low fares and lots of ancillary fees.

While the airlines are more similar than they are different, we don’t yet know how the carriers plan to integrate. Will they combine to form one airline or will they continue to operate independently? If the former, which brand will survive — or will there be an entirely new brand?

For now, we have more questions than answers. But that isn’t stopping us from dreaming about aspects of each carrier that should hopefully survive the merger.

One of the best deals in travel has historically been Spirit’s Big Front Seats — and hopefully, they'll survive the merger.

These oversized seats resemble the recliners that you typically find in domestic first-class cabins on the major U.S. airlines, including American, Delta and United.

They’re 18.5 inches wide and sport an oversized armrest and tray table, making for a much more comfortable inflight experience.

Plus, with a 2-2 configuration, there’s no middle seat to worry about.

While the seats look like first-class recliners in many ways, they’re unique in that they’re usually priced much more affordably than traditional first class – though it’s worth noting that the seats don’t come with any service enhancements.

On some routes, the upcharge can be as low as $50 — a great deal, especially considering that the major U.S. airlines typically charge the same amount for extra-legroom coach seats.

If all you’re after is an oversized, comfortable seat, then the Big Front Seat can’t be beat.

While Spirit has outfitted its fleet with at least two rows of the Big Front Seat, Frontier doesn’t offer a comparable product.

The most comfortable seat on Frontier is perhaps at the exit row, which is often just a few dollars cheaper than the Big Front Seat upgrade.

Hopefully, the combined airline decides to keep — and expand — the Big Front Seat to all of its planes.

As ultra-low-cost carriers, neither Frontier nor Spirit has invested significantly in the onboard experience.

That’s been changing in recent years as Spirit is in the process of installing satellite internet radomes on the tops of its jets.

To date, the airline has equipped nearly 120 of its 175 Airbus narrowbodies, giving flyers a nearly 70% chance of snagging a plane with Wi-Fi access.

Better yet, Spirit’s Wi-Fi pricing is one of the most reasonable in the sky, starting at just $1 for basic access, and $3 for streaming capabilities. (Of course, free would be better, but this is Spirit after all.)

While the airline has run into some performance issues with its internet provider, the service works most of the time.

Until Spirit hits fleetwide completion, it’s impossible to know if your flight will feature Wi-Fi. For someone who needs to stay connected during the week, that’s a non-starter for me.

Hopefully, Frontier and Spirit will together see the value in offering Wi-Fi and invest in outfitting both fleets with access.

Unless the airlines either install internet access fleetwide or dedicate Wi-Fi-enabled planes to certain routes, it’ll be hard to convince those who need to stay connected to take to the skies with the combined airline.

The airlines’ branding teams have their work cut out for them.

Frontier and Spirit have totally different liveries and color schemes, so it’ll be interesting to see what they come up with.

That said, as an animal and nature lover, I’m partial to Frontier’s tail designs, which include beautiful portraits of different animals.

My personal favorite is the bottlenose dolphin painted on the tail of Frontier’s nearly 5-year-old Airbus A320neo registered N311FR.

Of course, everyone will have their own opinion, but I’m hopeful that the themed-tails stick around.

Frontier and Spirit Airlines are merging to create the nation’s largest ultra-low-cost carrier.

While neither airline is known for offering an award-winning passenger experience, Spirit has historically had the advantage.

Between the airline’s Big Front Seats and its commitment to rolling out fleetwide Wi-Fi, the Spirit experience can actually be more comfortable than you might expect.

What’s next is anyone’s guess, but hopefully, the merged carrier will draw from Spirit’s investment in the onboard experience.

Featured image by Spirit's Big Front Seat offers both extra legroom and a surprising amount of comfort.(Photo by Zach Griff/The Points Guy)
Editorial disclaimer: Opinions expressed here are the author’s alone, not those of any bank, credit card issuer, airline or hotel chain, and have not been reviewed, approved or otherwise endorsed by any of these entities.