I flew Alaska on its first day in Oneworld: Here's what it was like as an American Airlines elite

Articles
Chris Dong was a reporter at The Points Guy, where he covered the intersection of credit card rewards and travel.
April 01, 2021
•
9 min read 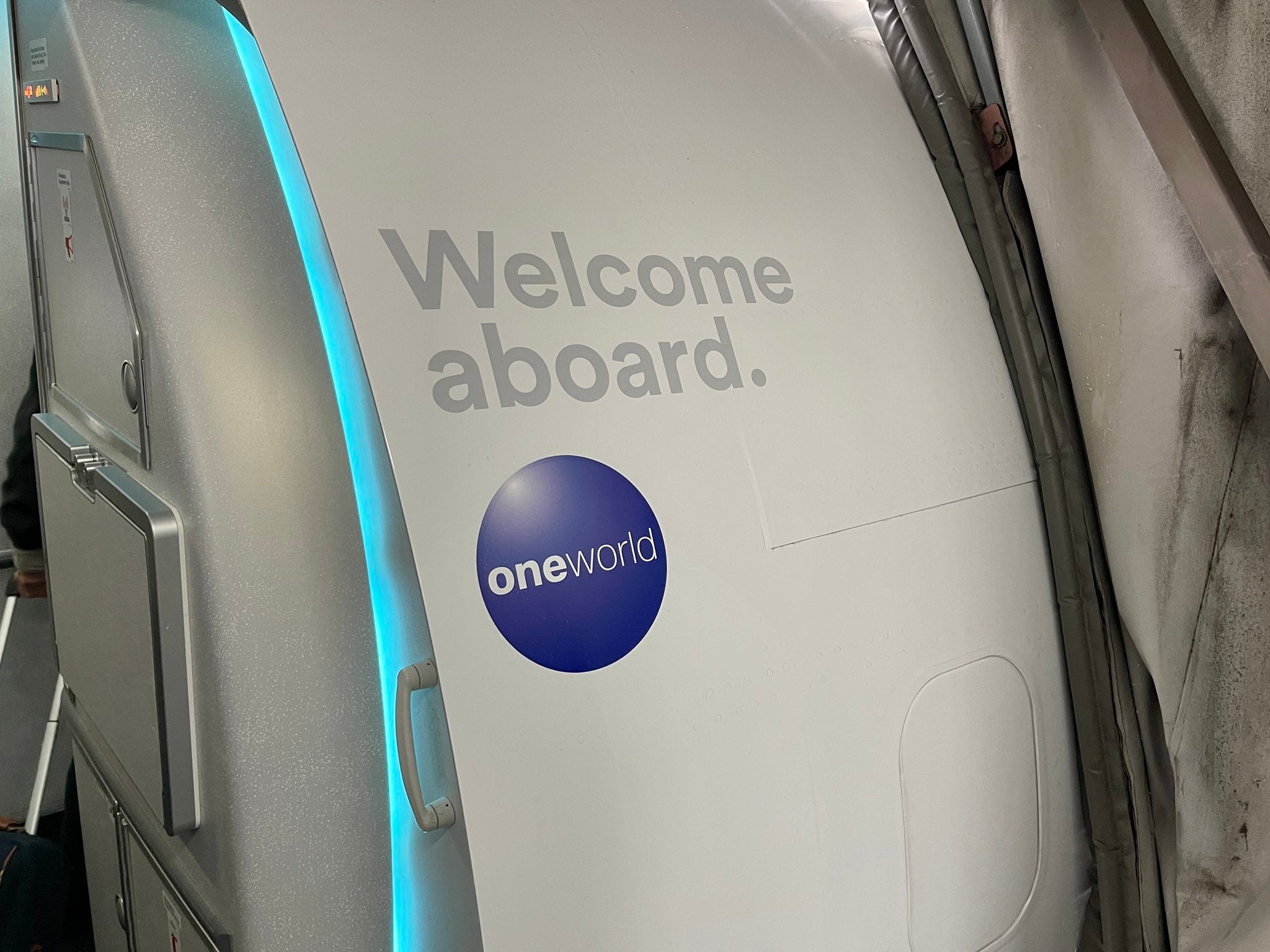 Throughout its 89-year history, Alaska Airlines has remained steadfastly independent, aligning with airline partners on its own terms. However, that all changed this week as the Seattle-based carrier officially became the 14th member of the Oneworld alliance.

That's exciting news for both Alaska Airlines flyers and those who fly with any of the 13 other Oneworld airlines. Now that Alaska is part of the Oneworld alliance, what does it mean in practical terms for passengers?

As an American Airlines frequent flyer, I wanted to put my top-tier Oneworld Emerald status to the test with Alaska. I traveled onboard the airline on its first day as part of a global alliance, from San Francisco to New York.

Let's see how far my AA Executive Platinum status (Oneworld Emerald) could go on Alaska -- and how it compared to my typical American domestic flight.

New to The Points Guy? Sign-up for our daily newsletter and check out our beginner’s guide.

Alliances arose in the 1990s and were a welcome innovation, particularly for flyers with elite status once status became recognized by all partner airlines.

For months now, I've been excited about the prospect of Alaska joining the Oneworld alliance -- as well as aligning even closer to American in an exclusive domestic tie-up.

In my experience, American has a strong international product -- from all-aisle business class seating to premium Flagship Lounges and Flagship First Dining. However, the domestic experience is sometimes a sore point, with inconsistent onboard service and amenities, including several planes that (still) lack power outlets.

American’s alliance with Alaska unlocks the carrier’s reputation as having some of the best service for a U.S. airline. That's a great development, especially if you’re flying anywhere to, from or within the West Coast.

But of course, one of the most exciting aspects of this partnership are reciprocal elite benefits.

Prior to March 31, 2021, Alaska provided details on how Mileage Plan elites would benefit from the Oneworld alliance -- including the news that new redemption opportunities will be coming later in 2021.

However, Alaska and American Airlines have an even deeper integration of their elite status perks, as well as a codeshare agreement. And we now know what those reciprocal benefits look like.

My economy ticket from SFO to JFK was booked in Alaska "G" class -- with my American frequent flyer number attached to the reservation.

After ticketing, I checked what my seat selection options looked like.

While any Oneworld elite can choose seats located towards the front of the aircraft (as well as the exit rows), Premium Class seats -- with extra legroom, a blocked middle seat and snacks -- are not available for selection at booking without paying an upcharge. In this case, it was $89.

Related: This airline is blocking middle seats, with a catch

Oneworld elites cannot be upgraded when flying on Alaska -- with one major exception.

As part of the special joint Alaska-American agreement, American elites are eligible to receive complimentary access to Premium Class and, in some cases, first class.

All American elites are eligible for Premium Class upgrades, while Executive Platinums, such as myself, are also eligible for first-class upgrades. For details about upgrade priority, read our full guide to American and Alaska reciprocal benefits.

An important distinction between American Main Cabin Extra and Alaska Premium Class is that while they are similar extra-legroom products, you cannot select Alaska's premium seat until after ticketing (if your upgrade clears). It's essentially a completely separate class of service. I prefer American's simplicity of being able to select an available seat immediately.

At the airport and onboard

Upon online check-in, I noticed I was missing from the waitlist for both Premium and first class as an Executive Platinum.

However, I will chalk this up to the fact that I was flying mere hours into Alaska's entry into Oneworld, and the website and app were not yet set up to recognize my American status.

Both American and Alaska have said that reciprocal upgrades won't officially go live until April 5, 2021.

When I arrived at SFO Terminal 2, an Alaska representative confirmed that I was eligible for an upgrade and manually added me to the list. In fact, both the check-in agents and gate personnel seemed well-versed in the new Oneworld and American rules.

First class was full, but I ended up receiving a complimentary upgrade to Premium Class. My newly printed boarding pass also denoted my Oneworld Emerald status.

And while I didn't check a bag, I confirmed that I was eligible for up to three free checked bags as an Emerald.

I also did ask for a priority baggage tag as a souvenir. (Yes, they were branded with a Oneworld logo.)

Even on day one, all signage at check-in and the gate reflected Alaska's new membership into Oneworld.

As I walked through the jetbridge, I immediately recognized the eye-catching blue Oneworld circle placed right at the boarding door.

Once on board, the crew made their routine announcements. But this time, it was a little different with both the boarding and landing scripts, including a message about Alaska's entry as the newest member of the Oneworld alliance.

As per the Alaska norm, even the COVID-19-limited service was delightfully casual yet courteous.

Related: Your complete guide to earning and redeeming with Alaska Airlines Mileage Plan

In Premium Class, all middle seats were blocked, ensuring plenty of space to spread out. Beer, wine, soft drinks, coffee and tea were available, along with a bag of popcorn and a small chocolate bar. Alaska's signature fruit and cheese platter are also served, but preorder is required.

Compared to American's Main Cabin Extra offering, Alaska has the edge here. Currently, American is only serving pretzels or Biscoff cookies and water, canned drinks or juice on the airline's domestic extra-legroom product. No alcohol or other food is available for purchase on transcontinental routes.

Alaska is also unique in that it has blocked middle seats; American does not.

While Alaska's seats are a bit on the old side, I found it to be well-padded and both power outlets and Wi-Fi were fully functional.

Alaska's entrance into an alliance is an exciting proposition for Oneworld frequent flyers who plan to fly on Alaska. Perks include priority check-in and boarding, access to preferred seating, up to three free checked bags, lounge access and more.

But it's even more noteworthy for American Airlines elites. With the introduction of reciprocal benefits and even upgrades to first class, there's good reason to keep flying on Alaska, American and the greater Oneworld alliance. I certainly will.