A cryptocurrency for frequent flyers: Earning FlyCoin with Ravn Alaska

Articles
Kyle Olsen is a points and miles reporter at TPG. Since the age of 16, he has been pursuing elite status, visiting 75 countries across six continents. His passion for travel began with his own business which he started at age 13. He is now an expert at maximizing points, miles, and elite status across all major programs.
Feb. 23, 2022
•
5 min read 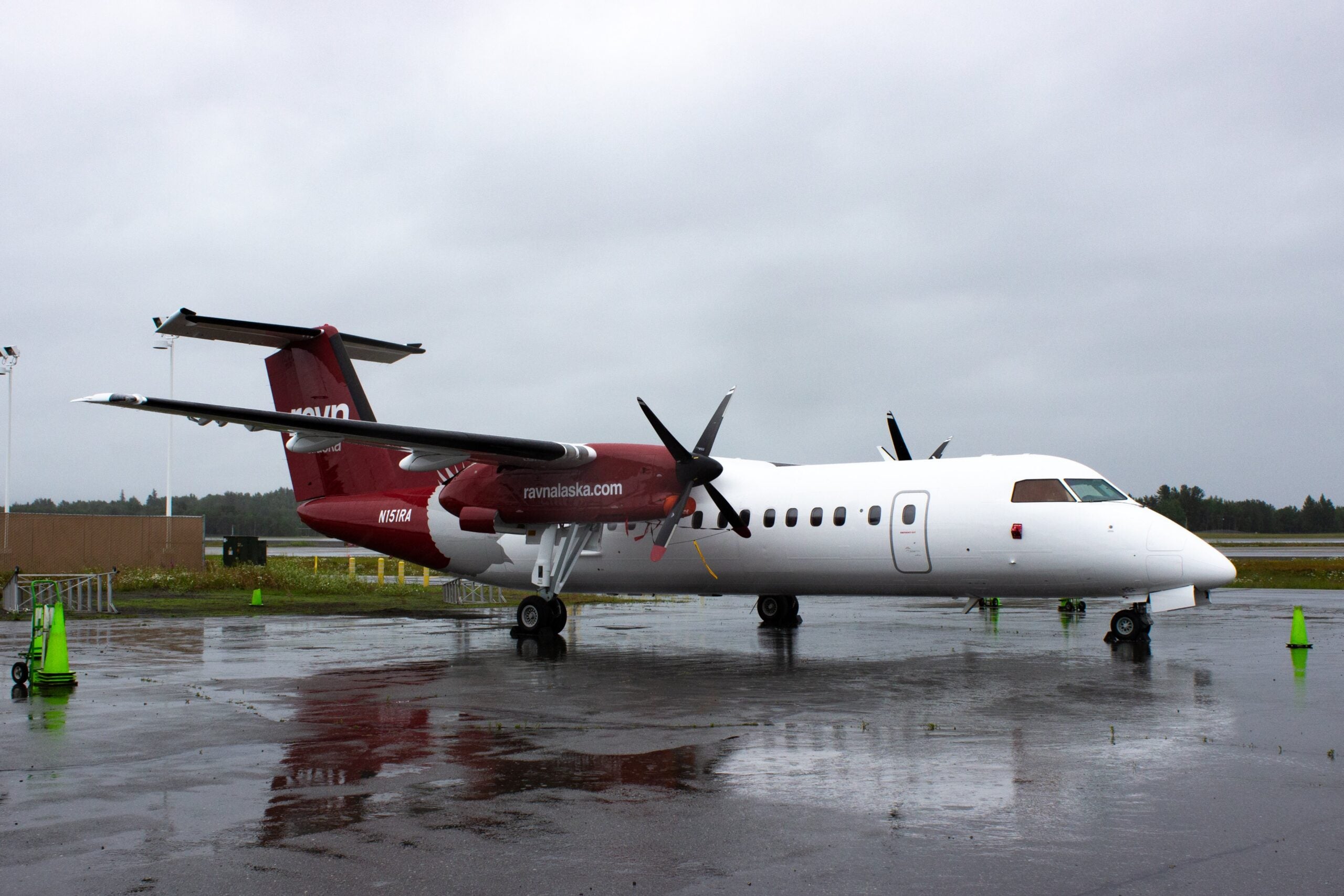 Bitcoin, Ethereum, Dogecoin and Cardano are just some of the major cryptocurrencies on the market. Now, there's yet another cryptocurrency on the scene, FlyCoin, that aims to replace the traditional frequent flyer program.

Ravn Alaska, which is owned by the same parent company as the highly anticipated Northern Pacific Airways, is now rewarding its travelers with FlyCoin digital tokens (denoted as FLY) for the flights they take.

Ravn Alaska has a 75-year history; it started operations in 1948 as Economy Helicopters. The airline operates a fleet of about a dozen De Havilland Canada Dash 8-100 and Dash 8-300 turboprops to a variety of destinations in Alaska.

Unfortunately, Ravn Alaska had to file for Chapter 11 bankruptcy in 2020 as a consequence of the pandemic but has since resumed operations. Since then, the airline has undergone several changes, including the launch of FlyCoin.

Flycoin is a cryptocurrency that awards you with a blockchain currency for your air travel. Within 24 hours of arrival of your flight, your frequent flyer Ravn Alaska account will be credited with FlyCoin.

According to the FlyCoin website, "Unlike the loyalty programs of today, where rewards are increasingly harder to redeem and constantly devalued, rewards earned through FlyCoin actually appreciate over time, offering members an opportunity to make a low-risk investment in the future of money. Our goal is to provide a program that untethers you from the constraints of today’s loyalty programs and is actually loyal to you, the customer, instead of airlines or credit card companies."

Of course, who wouldn't want to profit on their airline miles?

Right now, you can redeem FlyCoin toward Ravn Alaska flights at a rate of 2 cents per FlyCoin. Plus, you'll never earn less than $10 worth of FlyCoin per flight.

Later this year, FlyCoin — which is developed by a third party — will launch wallets. This means, in theory, you will soon be able to send FlyCoin to other travelers or convert them to cash or other cryptocurrencies, assuming there's a market to do so.

This also means that FlyCoin could be adopted by other airlines and entities in the future. Right now, the only confirmed airlines are Ravn Alaska and upcoming Northern Pacific Airways, which, again, are owned by the same company.

Related: Is earning bitcoin the credit card reward of the future? These cards think so

Is it better to credit Ravn flights to Alaska Mileage Plan?

This is where you can really begin to see the value of FlyCoin. On flights with Ravn Alaska, you can credit your awards to either FlyCoin or Alaska Mileage Plan.

On all intra-Alaska trips, you earn 7 cents' worth of FlyCoin per mile flown. For example, a flight from Anchorage to Dutch Harbor that clocks in at 789 miles one-way would earn 2,761 FLY. Since a FLY token is worth 2 cents toward Ravn Alaska flights, 2,671 FLY are worth $55.23

On this same flight, you could earn 789 Mileage Plan miles, worth $14.20 per our latest valuations.

In this case, you get nearly four times the value with FlyCoin. It's also always nice getting "cash" value toward your flights. This way, there are no award charts to worry about or the need to find award space — just apply the FlyCoin to the flight you'd like to book.

Related: You can now redeem points for crypto — but you may not want to

Later this year, Northern Pacific Airways will be joining FlyCoin.

The airline will operate a fleet of Boeing 757-200s between the United States and Asia using Ted Stevens Anchorage International Airport (ANC) as a transit stop. Given its long-haul network, it probably will not be matching Ravn Alaska's seven times earning rates, but even at an earning rate of 1 cent (0.5 FLY) per mile flown, there's a lot to be excited about.

For example, here's what you might expect to earn on a flight from Fort Lauderdale to Seoul, South Korea:

Since incorporating FlyCoin in June 2021, Ravn Alaska has issued FlyCoin to some 200,000 frequent traveler accounts. Flycoin hasn't provided a clear indication of how its value might increase or decrease with the market, and we're still awaiting wallets so FlyCoin can be exchanged with others.

However, it's still great to see a creative, contemporary take on rewarding travelers with potentially impressive returns.

Featured image by Photo courtesy of Ravn Alaska/Twitter
Editorial disclaimer: Opinions expressed here are the author’s alone, not those of any bank, credit card issuer, airline or hotel chain, and have not been reviewed, approved or otherwise endorsed by any of these entities.