Is earning Bitcoin with each swipe the credit card reward of the future? These cards think so

Articles
Chris Dong was a reporter at The Points Guy, where he covered the intersection of credit card rewards and travel.
Feb. 05, 2021
•
8 min read 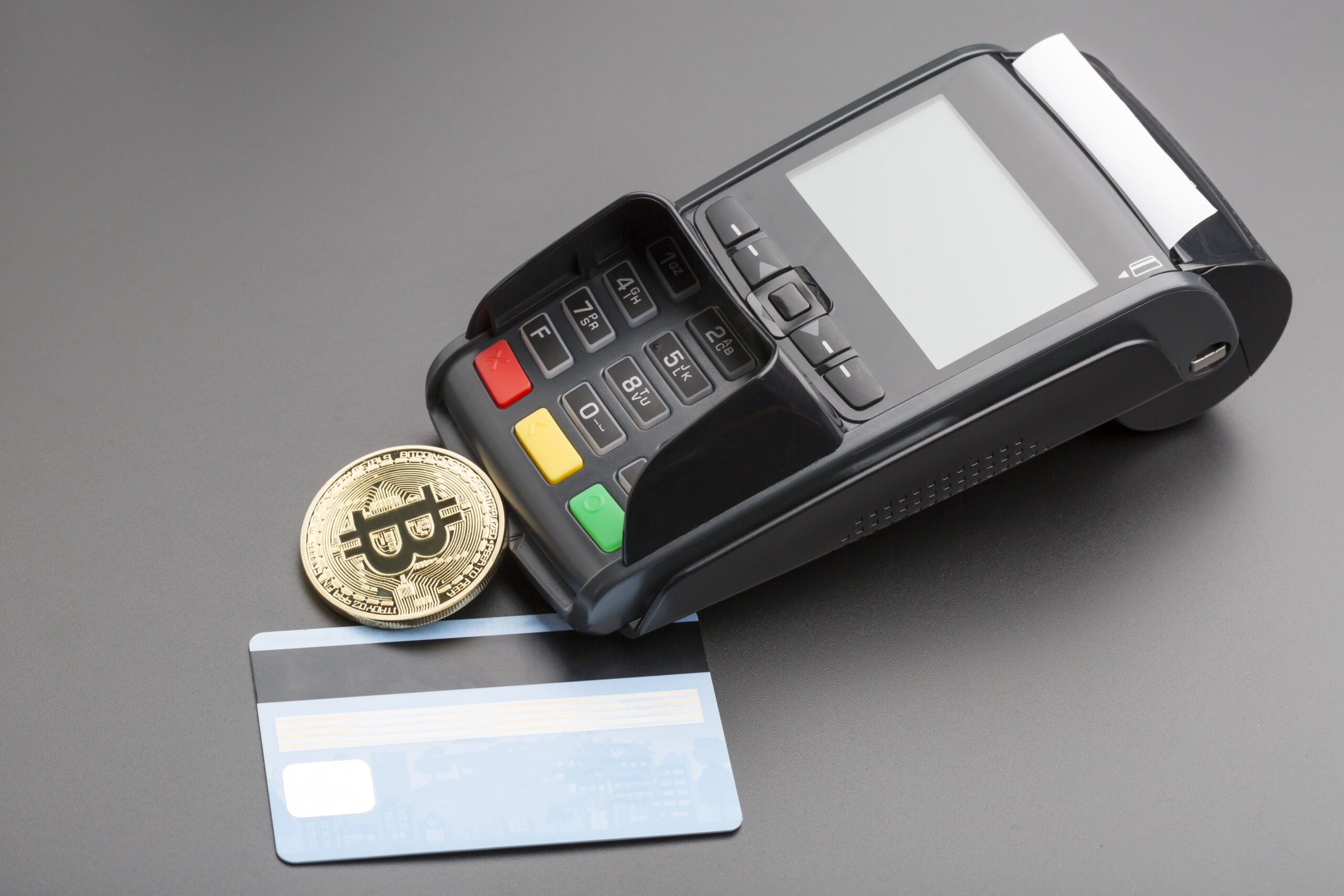 You'll soon be able to earn Bitcoin rewards as a credit card perk. Yes, instead of rewarding you with cash back, points or airline miles, there are several cards in the pipeline that will provide cryptocurrency, such as Bitcoin, instead.

In fact, there are already a handful of Bitcoin debit cards on the market that allow you to pay with bitcoins. But we have our eyes on three companies with cards that earn cryptocurrency, including Bitcoin, two of which will be fully unveiled later in 2021.

So how do these bitcoin-earning cards compare to, say, the top cash-back credit cards on the market today? While these cryptocurrency products have yet to launch, we know some about what to expect from them.

Let's take a closer look to see if earning bitcoins with each swipe is the credit card reward of the future.

First, let's take a step back and answer the basics. What is Bitcoin, to begin with?

Bitcoin is a form of cryptocurrency that exists entirely in the digital realm. Bitcoin's balances are kept on a peer-to-peer ledger everyone has transparent access to. That public digital record of transactions is commonly referred to as a blockchain.

Bitcoin is one of the most popular cryptocurrencies that use blockchain. In general, cryptocurrencies typically have lower transaction fees compared to traditional online payment tools and are entirely operated by a decentralized authority. That makes it different from common government-issued currencies.

Before you get too excited, however, know that back in late 2017, the value of bitcoins came very close to $20,000 before falling a few months later to around $3,000. In other words, this currency is volatile — but certainly has enjoyed a good run in its most recent history.

Related: Should you buy Bitcoin with your credit card?

Crypto cards we have our eyes on

In December, BlockFi — a cryptocurrency exchange platform — became the first company to announce a bitcoin-earning credit card. Currently, it's scheduled to launch sometime in the first half of 2021 on the Visa network. It'll be the first time the Bitcoin logo will be featured prominently on a physical credit card.

As we previously reported, the BlockFi Bitcoin Rewards credit card will offer cardholders a flat 1.5% cash back that's automatically converted to bitcoins across all of your spending. But the big catch is that the card comes with a pretty hefty annual fee of $200 per year.

These upcoming crypto cards all have a waitlist to join, and for the BlockFi card, that list is now open to the public to join.

Related: Forget miles, this card pays you back in Bitcoin

Gemini is another cryptocurrency exchange company that will unveil a bitcoin-earning credit card later in 2021. Similar to BlockFi's card, it will work just like a regular credit card — giving you bitcoin rewards for every purchase that you make.

We don't know as much about the Gemini card at the time of publication, but the company says you'll be able to earn up to 3% back in bitcoins or other cryptocurrencies.

Currently, you can join the waitlist for the Gemini credit card with your email address and will be notified prior to launch.

The Fold app has two available debit cards. Those who sign up must provide funds from a bank account before using it and receiving rewards. Essentially, you spend cash — and earn bitcoins or another cryptocurrency.

Fold users have several options when they earn their bitcoins at the market rate. They can transfer them to a cryptocurrency wallet, spend bitcoins with retailers within Fold's app or simply keep them. Unfortunately, the earning structure itself is not nearly as straightforward. There are variable earning rates on every transaction and gamification "prizes" that double as a spin wheel.

The two cards — one with no annual fee and another with a $150 annual fee — are not particularly beginner-friendly for users who are new to cryptocurrencies.

Are these cards worth it?

In general — and from what we know so far — the answer isn't especially straightforward in all cases quite yet. That said, the odds are high that this is a type of reward currency that an increasing number of consumers will have an interest in as time goes by.

On a more specific level, while the Fold debit cards are an intriguing option, remember that debit cards don't help build your credit and that value proposition is questionable. Then, there is the BlockFi card that carries with it an annual fee of $200, which presents a real barrier. It's still a bit too early to say what the overall value proposition for the Gemini card will be since available details are still light.

One thing to watch out for is whether there is any sort of transaction or blockchain fee associated with selling or utilizing your bitcoins from these cards. If there is, you'll need to weigh that against the overall value proposition.

If -- or more probably when -- a crypto-focused rewards credit card nails the sweet spot of allowing for easy entry to the world of cryptocurrencies, while providing a positive overall balance of rewards and fees, there's likely going to be a hungry market waiting. While there's no guarantee about the future value of cryptocurrencies, this type of reward has the potential to appreciate, unlike most other reward types. While airline miles can open the world to you, there's almost no chance they will be worth more in two or three years than when you earn them.

But as things stand, there is another option for people who want to leverage everyday purchases into cryptocurrency. For some, it may still make more sense to consider a cash-back earning card and use those earnings toward bitcoin or other cryptocurrencies in a more DIY process.

Ted Rossman, an industry analyst for CreditCards.com and Bankrate, believes that is the wiser strategy: "It would make a lot more sense to get a no-annual-fee credit card which offers 2% cash back on all purchases. Then, if you choose, you could invest those proceeds in Bitcoin or a different cryptocurrency. You’d get a better return without an annual fee."

While it's an asset without a certain long-term guarantee, investing in cryptocurrencies may very well be on your to-do list. However, as it stands now, the crypto-earning rewards credit cards may not always be the best overall option at this moment.

"It’s fine if you want to invest a little bit in crypto, and I can see the appeal of treating credit card rewards as 'found money.' But I wouldn’t pay a $200 annual fee just to do something that could easily be replicated at a lower cost," said Rossman.

For now, while crypto awareness and curiosity has made it to the mainstream, actual usage has yet to reach that tipping point. That's likely changing though. In October, PayPal said it would allow customers to hold bitcoins and other virtual coins in its online wallet — and even shop using crypto.

And these cards from Gemini, BlockFi and Fold also are helping advance the earning and usage parts of the equation. This is a reward card trend we'll watch, as it has potential, but we currently recommend that you proceed with caution.

Related stories
Legislation that could gut credit card rewards set to move through Congress
Would you stay at 1 of these 8 haunted hotels this Halloween?
Southwest winter flash sale: Get one-way flights for as low as $29
You can currently buy points and miles with up to a 100% bonus — but should you?
Featured image by Shutterstock
Editorial disclaimer: Opinions expressed here are the author’s alone, not those of any bank, credit card issuer, airline or hotel chain, and have not been reviewed, approved or otherwise endorsed by any of these entities.