Articles
Katherine Fan is a former senior travel features reporter at The Points Guy who covered everything from personal finance to travel and aviation.
Sept. 06, 2018
•
3 min read 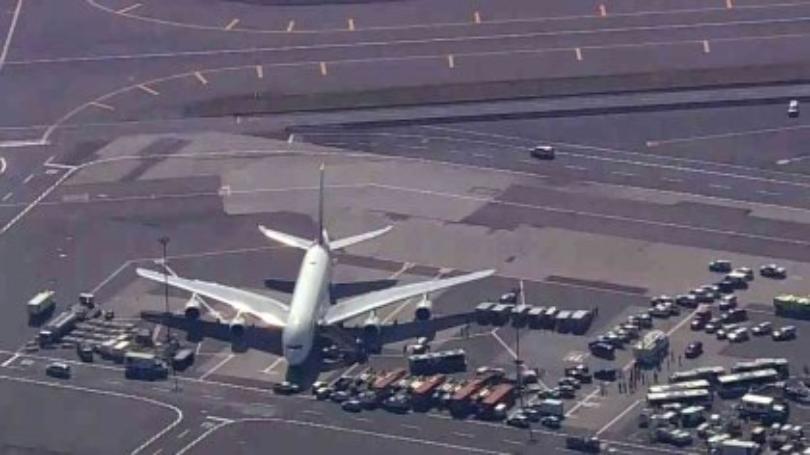 Flu, Common Cold Confirmed in Quarantined Emirates Travelers
This post contains references to products from one or more of our advertisers. We may receive compensation when you click on links to those products. Terms apply to the offers listed on this page. For an explanation of our Advertising Policy, visit this page.

The New York City Department of Health & Mental Hygiene has confirmed strains of "common viruses such as influenza and the common cold" in sick passengers from Wednesday's quarantined Emirates Flight EK203 from Dubai (DXB) to New York (JFK). The plane, which carried 549 people according to CNN, was not permitted to dock at the terminal upon arrival. Instead, response teams from the Center for Disease Control (CDC) and the Port Authority police met the aircraft at a hard stand area, where passengers (including rapper Vanilla Ice, who tweeted from the tarmac), were individually screened for symptoms.

NYC Health Department Press Secretary Christopher R. Miller said that additional screening for other viruses had been inconclusive, so follow-up tests would be performed today, with full results expected by day's end. According to CNN sources, more than 100 passengers reported symptoms such as coughing, fever and vomiting although only 11 travelers were sent to Jamaica Hospital Medical Center in Queens for follow-up treatment. As of this morning, one patient had been released in good health while the others await test results in a quarantined section of the hospital.

The health department is also investigating the possibility of MERS, or Middle East respiratory syndrome, which is a much more severe viral disease linked to camel exposure. The US has only seen two instances of MERS since the illness was discovered in the Arabian Peninsula in 2012.

"Influenza is a lot more severe than the common cold," Dr. Rajiv Narula, a family medicine physician and Medical Director at International Travel Health Consultants, told TPG. According to Dr. Narula, the flu averages a two-day onset, with people becoming infectious the day before becoming symptomatic, and remaining contagious up to seven days after symptoms begin. "People were probably infectious on the flight in from Dubai." The common cold is less severe, usually manifesting without chills and fevers, but still miserable for anyone who contracts it.

So what precautions should healthy passengers take after exposure to sick travelers? "It depends on the influenza strain, but transmission is usually by droplets," said Dr. Amy Faith Ho, an emergency medicine physician based in Dallas. "The other [passengers on Flight EK203] are certainly at risk, especially with the recirculation of the air." But Dr. Ho only recommends preventative antiviral medication for high-risk travelers: children and elderly, as well as pregnant women or anyone with a compromised immune system. "Otherwise, drink plenty of fluids, take Tylenol and Motrin for minor body aches and fever, and get plenty of rest. If feeling very poorly or unable to stay hydrated, see a doctor."

Staying healthy while traveling can be a challenge, especially when trapped in close quarters in an enclosed metal tube with hundreds of other people for hours on end. Influenza has been particularly vicious this past year, In the past, we've reviewed some ways to avoid common travel ailments, including choosing window seats for minimal passenger interaction and avoiding self check-in kiosks (or liberally using hand sanitizer afterward).