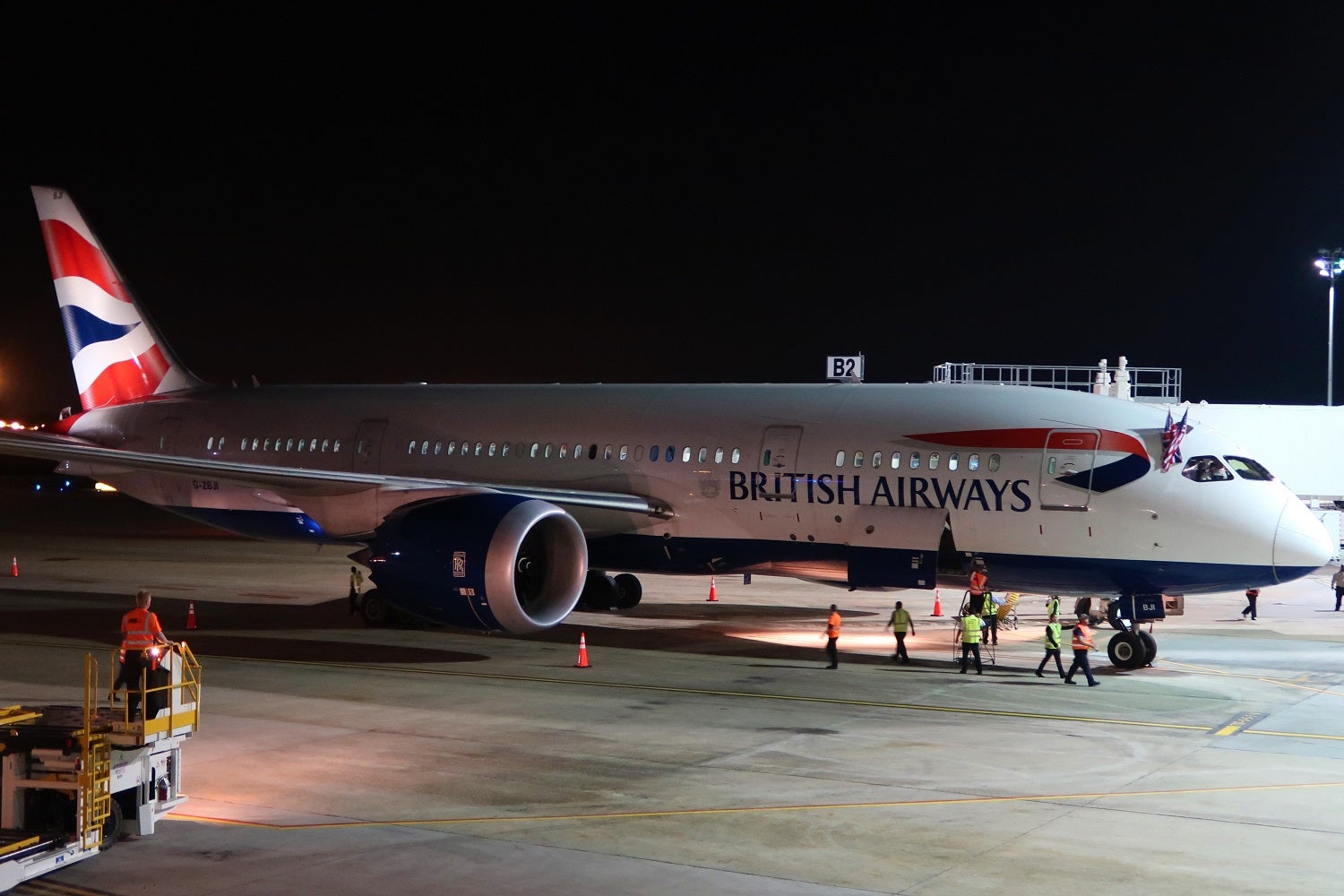 The Southern Home of the Dreamliner Gets Its First-Ever Dreamliner Flight
This post contains references to products from one or more of our advertisers. We may receive compensation when you click on links to those products. Terms apply to the offers listed on this page. For an explanation of our Advertising Policy, visit this page.

Since 2011, one of the two final assembly and delivery sites for the Boeing 787 Dreamliner has been Charleston, South Carolina, right next to the airport. But despite being one of the homes of the Dreamliner, Charleston International (CHS) hasn't had a single scheduled passenger flight using a Boeing Dreamliner. In fact, it didn't have actual international flights — until Thursday.

That's when British Airways launched its inaugural flight from London Heathrow to Charleston, which will run twice weekly using a 787-8. In addition to being the first scheduled passenger service on the Dreamliner to CHS, this is the first scheduled flight between Charleston and Europe, as well as the only international commercial flight scheduled from the airport.

Through Oct. 24, 2019, flights are scheduled to operate on Thursday and Sunday on the following schedule:

A British Airways representative in Charleston for the occasion said that the flight was already selling well and that he wouldn't be surprised to see it expanded into the winter schedule or have additional weekly frequencies added. For now though, he notes that the schedule is perfect for those looking for a long weekend in Charleston -- arriving Thursday night and departing Sunday night -- or for a week-long vacation.

Charleston Airport went big for this celebration. In the airport's main atrium there was a reception with live music, food, drinks, cakes and more. On one side, the airport and tourism board broadcast a surprisingly well-produced Facebook Live video to tout the new service.

As passengers stepped out into the arrivals hall, they were greeted with cheers as part of a literal red-carpet welcome, with swag bags including a number of items, even a beach towel as if to underscore that this flight is meant to attract leisure travelers.

As passengers walked the red carpet, the Plantation Singers of Charleston serenaded them with gospel hymns.

When the singers needed a break, the live band and dancers came over from the atrium. Fittingly, they danced the Charleston:

The first passenger who exited into the arrival hall asked to remain nameless, but said she lives in both Charleston and London and normally has to connect through Boston or New York to travel between the two — so she's happy for the nonstop journey.

Other travelers included a London black-cab driver who was excited about his first visit to Charleston and furious about a computer snafu that had snarled immigration and separated him from his wife (they were reunited soon); a Brit who was going to work on a humanitarian and relief ship that will be on call this summer for hurricane disasters; and plenty of other passengers who had no idea that they were on a special flight, from golfers eager to tackle the Lowcountry's links to families looking forward to a beach vacation.

The Charleston flight will be staffed using BA Worldwide crew, which mostly consists of more senior crew. Striking up a conversation with the inaugural crew, I learned that they had been specially selected for this flight, having been chosen from a pool of crew members with either 25, 35 or 45 years of experience. After landing on Thursday night, they were scheduled to return to London Heathrow on the Sunday night run.

There were dozens of British Airways crew members on hand for the inaugural flight. In addition to crew members working the outbound flight and those that just arrived, BA flew in brand ambassadors to be present just for the celebration.

While it arrived early, the first flight didn't go off without a hitch. The US Customs and Border Protection reportedly had a glitch leading to long wait times for passengers arriving in Charleston for the airport's first international flight arrival.

By the time I stepped outside to see the 11:20pm departure -- more than two hours after the arrival of the inbound flight -- there were still passengers waiting to be processed. While the jetbridge would be retracted right on time, the pushback for the outbound flight was delayed by about 30 minutes seemingly due to a minor mechanical issue. The flight wouldn't make up the time in the air, arriving in London 30 minutes late.

Rough start aside, there seems to be a lot of excitement on both sides of the pond about this new service. Now, the question will be if the flight can generate enough demand for British Airways to add more weekly flights and if the schedule is extended beyond October.

One challenge that British Airways will have with this flight is the lack of onward connections from Charleston. Their only partner operating from Charleston is American Airlines, which operates flights from Charleston to its hubs in Charlotte (CLT), Chicago (ORD), Dallas/Fort Worth (DFW), Miami (MIA), New York LaGuardia (LGA), Philadelphia (PHL) and Washington Reagan (DCA). And most of these airports already have British Airways service.