Articles
Caroline Tanner covers news and travel for TPG. She is a journalism graduate of Mizzou and Northwestern.
Follow
Nov. 10, 2022
•
8 min read 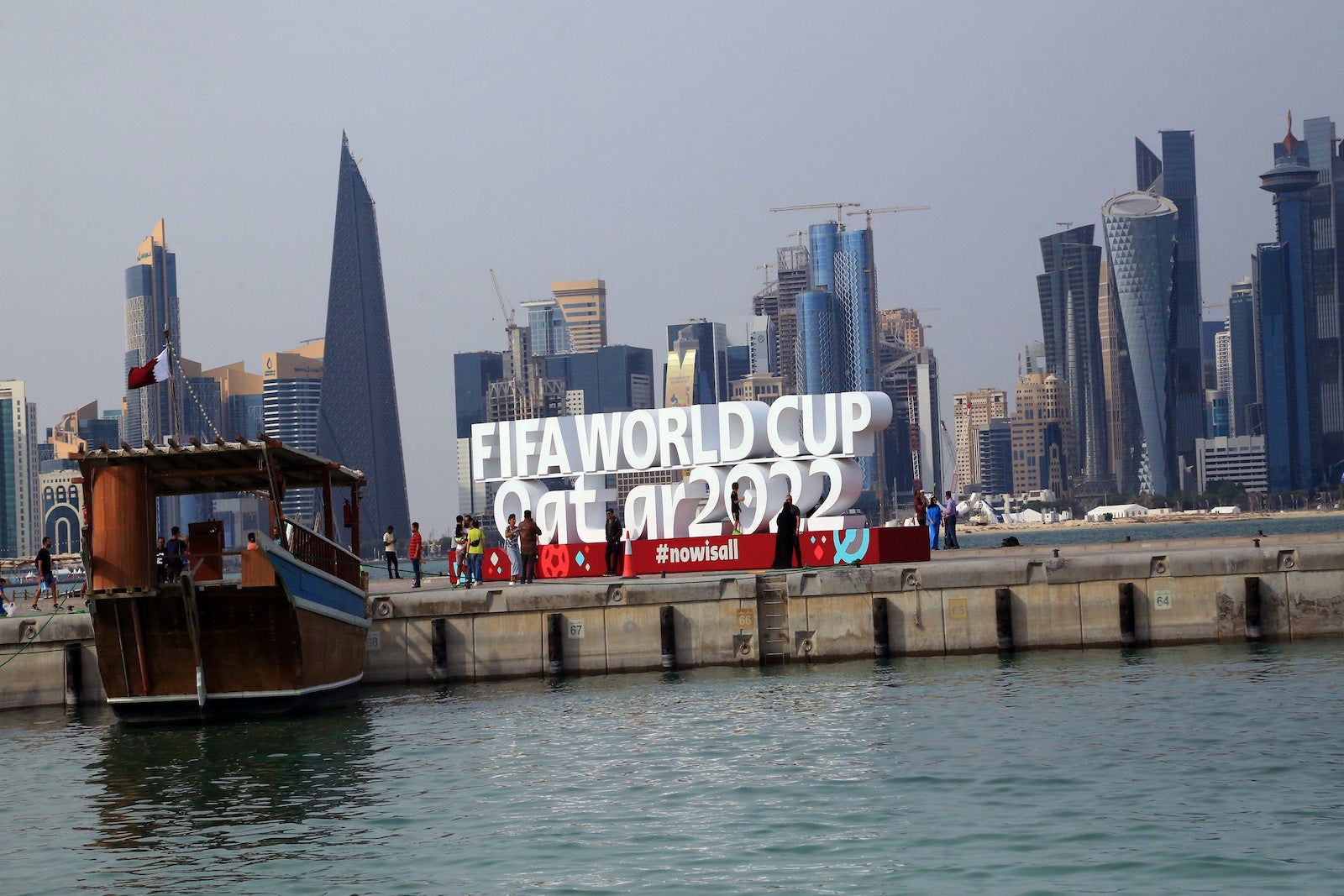 As we shift our attention to the upcoming holiday season, there's another major event approaching, too — the 2022 FIFA World Cup in Qatar.

For two weeks, the world's most-watched sporting event will be taking over TV screens.

The soccer tournament, which occurs every four years, has been under particularly intense scrutiny since Qatar won its 2010 bid to host due to human rights and labor issues surrounding not just the event, but which are ongoing, and which we covered in a previous article for travelers who are considering a trip to the games.

Various reports, including from The New York Times and Amnesty International, indicate that 2 million migrant workers endured "deplorable dangerous [working] conditions" at the hands of Qatari officials in preparation, which included constructing seven new stadiums, an airport and various hotels. Human Rights Watch claims that at least "thousands of migrant workers" from nearby countries, such as Nepal, died as a result. In June, the country's organizing committee responded by saying it had improved working conditions, according to reporting by Reuters.

Human Rights Watch, among other groups, has also decried the persecution of LGBTQ+ individuals in Qatar and the curtailment of women's rights due to the country's male guardianship system.

Nonetheless, the 2022 World Cup is expected to draw more than a million spectators to its 64 matches, with more than 3 billion tuning in from across the globe, according to FIFA, the international governing body of association soccer sponsoring the World Cup.

For those who are planning to attend in person, here are the entry requirements and other things you need to know about the 2022 World Cup in Qatar.

When is the World Cup?

Though the World Cup usually takes place in the summer, this year's tournament will take place Nov. 20-Dec. 18 to spare spectators and athletes from Qatar's hot summer temperatures.

The opening match between Qatar and Ecuador will be on Nov. 20 at 7 p.m. GMT (2 p.m. EST), followed by opening ceremonies the next day. The other 63 games played by the 32 qualifying teams will occur over the following 28 days.

Related: Accor to open a pair of luxury hotels in Qatar in time for the 2022 World Cup

With up to four daily matches during the group stage, teams will play games across eight stadiums near the country's capital Doha, including the following venues:

The farthest distance between stadiums is 34 miles, per Match Hospitality USA.

As of Nov. 1, Qatar has dropped most COVID-19-related entry requirements, but all visitors must apply for a Hayya Card online before entering Qatar. This is applicable to all visitors, regardless of whether you are attending the World Cup, but know that it is required to attend games.

Every match ticket holder must present their Hayya Card to attend matches.

Once you are approved for a Hayya Card, you should receive a PDF copy of your entry permit via email. You can show this or your Hayya Card through the Hayya to Qatar 2022 app to enter.

Other foreign nationals (with limited exceptions) who are not attending the World Cup will be prohibited from entering Qatar from Nov. 1-Dec. 23, per the Ministry of Interior of Qatar. There is a "1 + 3" policy that enables Hayya Card holders to get vouchers for up to three friends or family members to enter Qatar, even if they do not hold match tickets themselves.

Public transit, including Doha Metro, will operate daily until 3 a.m. on match days, though you should expect it to be very busy throughout the tournament. Alternate transit options include trams, buses, ride-hailing services and taxis.

All accommodations must be booked before arrival in Qatar via the country's World Cup Accommodation Agency website.

For those planning to stay in Qatar for more than 24 hours, you must book a hotel prior to applying for the Hayya Card, as you'll need to enter your accommodation information there. If you are staying elsewhere, such as with friends or family, you must register that accommodation as you would any other via the online Hayya portal.

If you stay in Qatar for less than 24 hours, you do not need to book accommodation but must register travel details on the Hayya Card.

Other things to know

Qatar is a relatively conservative country with somewhat restrictive laws surrounding alcohol and attire. All people, regardless of gender, are required to dress modestly, which means covering their shoulders and knees in public, including on public beaches.

Drugs of any kind are prohibited in Qatar and can result in imprisonment, fines and deportation according to the Qatari Ministry of Foreign Affairs.

While the legal drinking age is 21, it's illegal to drink or be drunk in a public place. Alcohol is only available at licensed premises, including hotels, restaurants and bars. Alcohol will be available for purchase throughout the tournament in designated fan zones, which are mostly on the Corniche, a waterfront promenade along Doha Bay, per The Telegraph. Beer will be available there between 6.30 p.m. and 1 a.m., as well as inside the stadium perimeter starting three hours before kickoff until an hour after the end of the match (final whistle), though it will not be available while the game is in progress.

Even so, the government has warned World Cup attendees to exercise caution while drinking as a violation can result in up to six months of jail time.

Homosexuality remains prohibited in Qatar by law, but Qatari officials have publicly confirmed that there will be no restrictions on booking or sharing accommodations, which includes unmarried friends or couples of the same sex.

Whether you are heading to Qatar to watch the World Cup in person or will be cheering from afar, there are unique issues and requirements to be aware of due to Qatar's status as the host country.

In-person attendees must apply for a Hayya Card before arrival, in addition to booking accommodations. Though alcohol will be permitted under specific guidelines, we recommend reviewing guidelines for tourists, including those published by Visit Qatar, the U.S. Department of State and the U.S. Embassy in Qatar, and that LGBTQ+ attendees exercise an extra level of caution given the country's restrictive policies.

Read more: The World Cup in Qatar is surrounded by controversy and human rights issues — here's what to know

Featured image by Sidhik Keerantakath/Eyepix Group/Future Publishing/Getty Images
Editorial disclaimer: Opinions expressed here are the author’s alone, not those of any bank, credit card issuer, airline or hotel chain, and have not been reviewed, approved or otherwise endorsed by any of these entities.