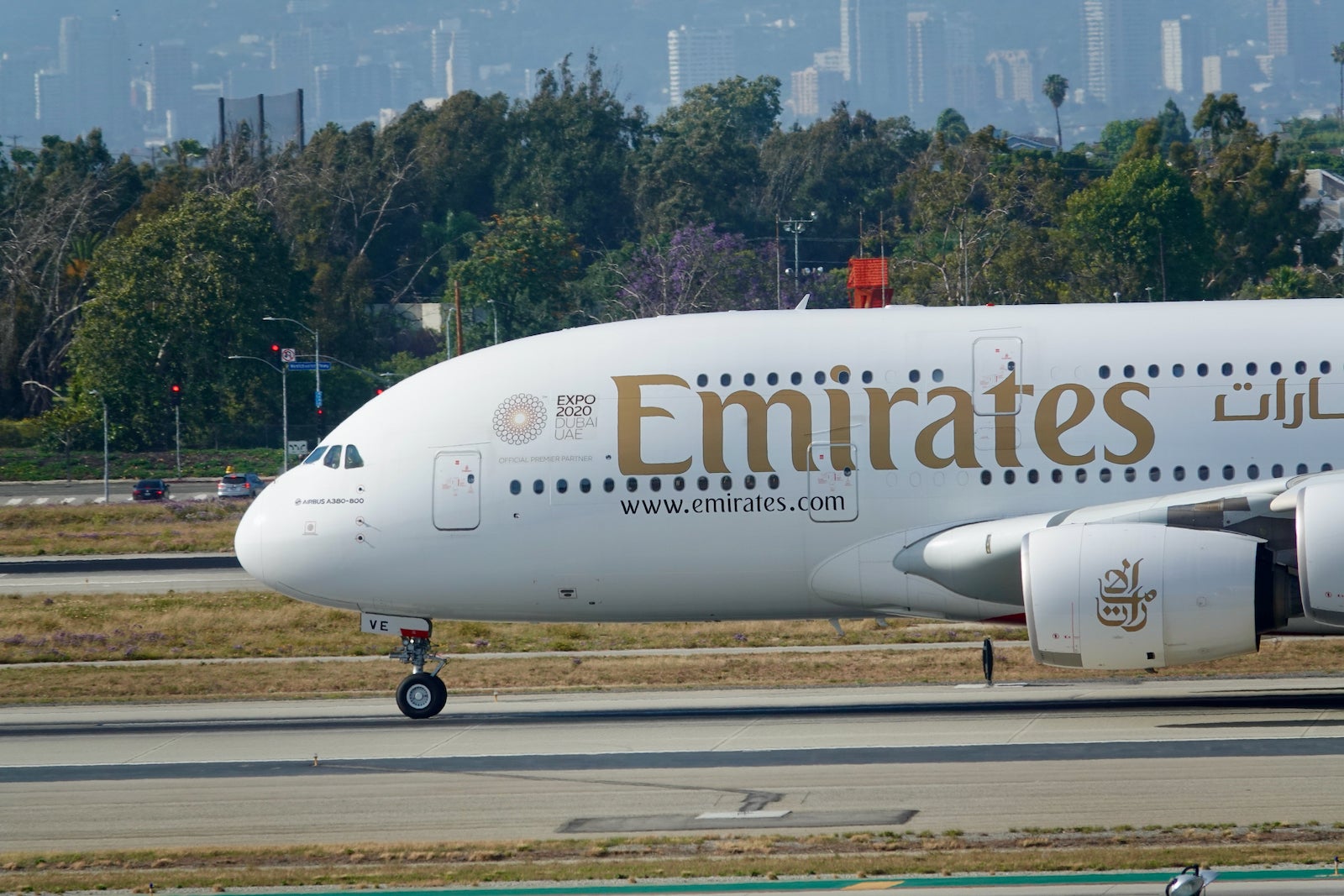 Just a few months ago, Emirates offered some of our favorite sweet spots in the award travel game. They’ve since squeezed a handful of lemons into the batter.

See, for a long time Emirates was one of those airlines that charged frustratingly high fuel surcharges for award flights. They largely fixed that problem in 2020, making the Emirates Skywards program an appealing destination for flexible rewards such as Chase Ultimate Rewards and American Express Membership Rewards points.

Emirates has recently decided to reverse these positive changes. Fuel surcharges are once again sky-high. It’s not the first airline to raise these taxes in 2022. So what does this trend mean for you?

Emirates has award travelers over an (oil) barrel

Now, expect to pay over $200 more in fuel surcharges when traveling in business or first class. Let’s take a look at the current prices for premium award seats.

Below is a nonstop flight from Miami to Dubai in first class (and not the game-changer first class, mind you). You’ll pay 136,250 Emirates miles and $817 in taxes and fees. Yes, this seat easily sells for $10,000 or more, making the price you’ll pay for an award flight a virtual steal, but many of us are in the points and miles hobby to avoid paying several hundred dollars for flights.

Things get worse if you’re traveling beyond Dubai. Here’s the price for first-class seats on the same date from Miami to Bangkok via Dubai: 178,750 Emirates miles and an offensive $1,233 in taxes and fees.

Fuel surcharges appear to be equally exorbitant whether you’re booking business or first class. For example, Chicago to Dubai in business class costs 115,000 miles and $817 in taxes and fees.

Related: Everything you need to know about Emirates Skywards

Interestingly, Emirates’ two popular fifth-freedom routes (Newark to Athens, Greece, and New York to Milan) still have reasonable fees. Below is a first-class flight from Newark to Athens in first class for 85,000 Emirates miles and $84.

The upcharge in fees seems currently to only apply to flights that involve Emirates’ hub airport. If you’re booking a premium Emirates seat to or from Dubai, prepare to pay up.

Earlier this year, ANA dramatically increased its fuel surcharges, in some cases charging $500 in fees for an award ticket that previously incurred just $50.

In truth, fuel surcharges aren’t always directly proportional to the cost of fuel. But sometimes they are. With the nauseating price of oil at present, it wouldn’t be shocking to see other airlines increase taxes and fees to offset their expenses.

If there’s an award flight you want to book, do it as soon as possible. There’s no telling what can happen overnight in the world of award travel.

Related: These are the 3 award redemptions TPG staffers regret not booking

For example, if you’ve been eyeing the Emirates fifth-freedom routes in business or first class (again, essentially untouched by this latest fee hike), lock them down now.

Other popular ways to book Emirates premium cabins include Qantas and Japan Airlines. Qantas is the only Emirates partner to have access to first-class award seats on Emirates (aside from Korean Air, but it’s a pain to book). The problems with these partners are:

Emirates has reinstated its draconian fuel surcharges for the vast majority of its flights.

If you plan to book business- or first-class award seats with Emirates, just know that it’ll be an investment. You could pay more than $1,200 per person one-way.

Emirates’ fifth-freedom routes are still a great deal — but most every other premium route is tough to swallow. With oil prices soaring, let’s hope this move by Emirates doesn’t activate a lightbulb above the heads of other airlines.

Regardless, this is a good reminder to book award tickets before it's too late. Otherwise, you could be left paying hundreds of dollars (or thousands of points) more than in the past.