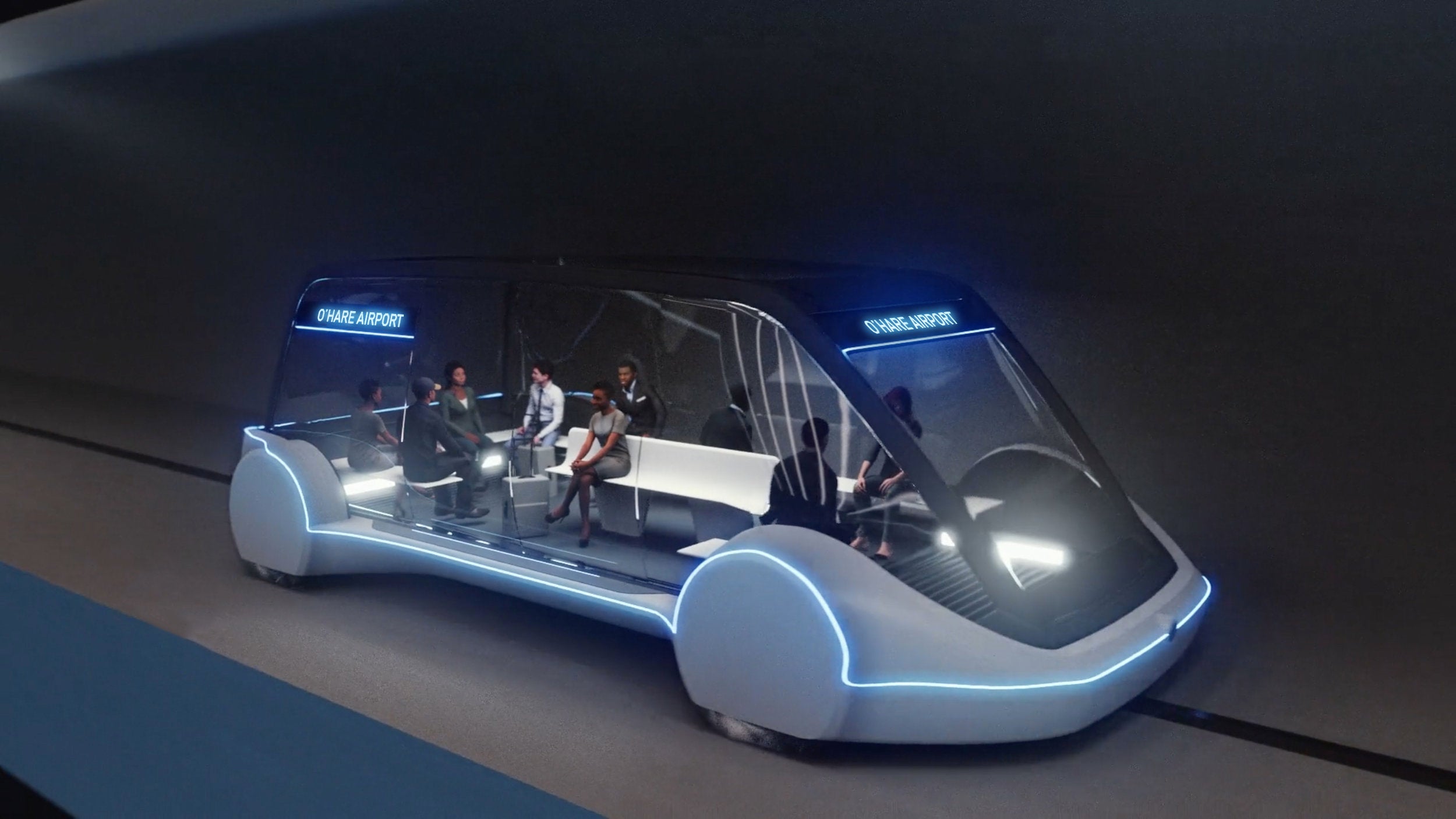 Elon Musk to Build High Speed Connection Between Chicago and ORD
This post contains references to products from one or more of our advertisers. We may receive compensation when you click on links to those products. Terms apply to the offers listed on this page. For an explanation of our Advertising Policy, visit this page.

Elon Musk had a big victory today despite the recent news of layoffs at Tesla. Musk's Boring Company won its bid to build a new high-speed connection between O'Hare International Airport (ORD) and downtown Chicago. The Chicago City Council approved an $8.5 billion plan to expand O'Hare in March.

The Boring Company had been in talks with Chicago since last summer and beat out competitors that had worked on London's Heathrow (LHR) terminal. The contract's valued at $1 billion dollars and helps validate Musk's company, which started less than two years ago.

O'Hare, the country's third busiest airport, is currently served by Chicago's L train, cars and buses. Right now, the ride takes 43 minutes via the city's Blue Line or about 30 minutes via car (without traffic) according to Google Maps estimates. Once completed, the new transportation system will take about 12 minutes for a one-way trip between downtown and the airport.

The system will use Loop cars to ferry passengers from O'Hare to Block 37, a mothballed train station in downtown Chicago that was built under the city's previous mayor, Richard M. Daley, who had plans of his own for a high-speed rail to the airport. However, this won't be Musk's Hyperloop that shoots pods at 600mph through pressured tubes but a more simple electric system with Loop cars that have wheels. The cars could travel up to 150mph on straightaways but would slow down through the tunnel's curves.

The Verge received a more detailed description from Chicago Mayor Rahm Emanuel's office of how the system would operate:

Each vehicle will carry up to 16 passengers, plus their luggage, and will depart from O’Hare and from Block 37 as frequently as every 30 seconds. The Boring Company plans to charge fares below the [request for proposals] requirement that this premium service should cost less than current taxi and ride-share services. The company plans to utilize the unfinished underground transit station at Block 37 and create a new station at O’Hare. The planned route travels straight northwest from downtown following public way alignments. The specific alignment will be finalized during contract negotiation.

The project will be entirely self-funded by The Boring Company, meaning Chicago itself doesn't have to put up any cash. Once the system is complete, it will be privately run and earn revenue through fares and advertising. The Chicago Tribune reports that a one-way ride will cost between $20 and $25. It currently costs $5 to take the L train from O'Hare to Chicago.

Musk is betting on his company's ability to build tunnels faster than ever before. If they can do that, then the project could be economically viable. Although the route hasn't been finalized yet, the company plans on building all tunnels underground and won't need to use "eminent domain to seize land or the rights to any land underground," the Tribune reports. There's currently no timeline for completion and the Boring Company will have to conduct a series of engineering studies before construction can begin.