Articles
Max Prosperi is a part-time frequent flyer and travel writer and full-time student. Based in St. Louis, Missouri, Max covers a variety of topics with a focus on points, miles, and aviation.
Follow
Feb. 24, 2019
•
4 min read 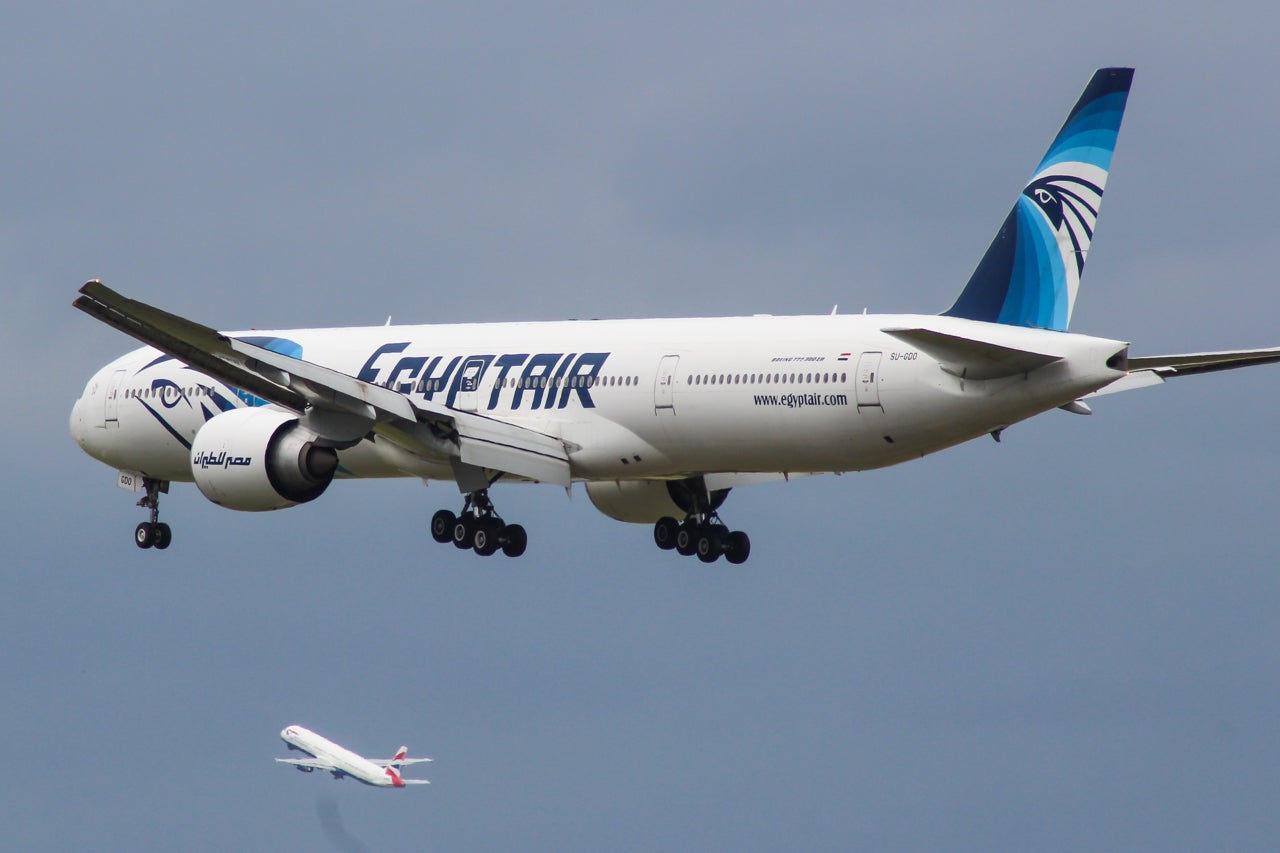 EgyptAir Sets June as Target Date for New Cairo-Washington DC Service
This post contains references to products from one or more of our advertisers. We may receive compensation when you click on links to those products. Terms apply to the offers listed on this page. For an explanation of our Advertising Policy, visit this page.

Egypt flag carrier EgyptAir announced on Sunday a target start date for the airline's proposed nonstop service from its main hub in Cairo (CAI) to Washington-Dulles (IAD). According to Routesonline, EgyptAir has set June 3 as the start of the airline's new service to the DC area. It's been nearly a decade since EgyptAir announced long-term plans to fly to additional destinations in North America.

The airline currently serves 73 destinations worldwide with a fleet of just 51 aircraft. EgyptAir's new service from Cairo (CAI) to Washington DC (IAD), which will operate just three times per week compared to its daily service to New York-JFK, coincides with the delivery of the airline's first Boeing 787s, expected to enter the fleet in the coming months. Here is EgyptAir's current schedule for the airline's Cairo-Washington DC flights:

EgyptAir, which plans to operate its new Boeing 787-9 on the inaugural, has not opened up these flights to the public for booking. It is unclear if this is related to government approval, delivery of the airline's new Boeing 787s, or a combination of the two.

EgyptAir, unlike other airlines in the region, has not faired well over the years, in part due to political instability that led to a steep drop off in tourism. With more recent stabilization for the first time in quite some time, the country has managed to attract millions of tourists and has seen a pretty substantial economic recovery. EgyptAir has managed to rebound quite well considering the airline reportedly suffered $1 billion in losses as a result of the Arab Spring's instability. With new aircraft set to enter the airline's fleet, most notably the Boeing 787-9, and renewed stability throughout Egypt, the airline is following up on its planned long-term growth.

EgyptAir is a member of Star Alliance, the alliance to which United Airlines also belongs. Washington-Dulles is a major hub for United, which will allow EgyptAir and United to offer easier connections for both airlines' passengers upon EgyptAir's commencement of its flights to DC. Additionally, the Boeing 787-9, unlike EgyptAir's Boeing 777-300ER, which is the aircraft currently used on flights to New York, will feature fully lie-flat seats in a 1-2-1 configuration upon delivery. This means that passengers who book flights to Cairo won't have to put up with stepping over their neighbor for 10 or 12 hours.

If you're hoping to use points to fly EgyptAir from Washington DC to Cairo you can expect United MileagePlus redemptions to start at 42.5K miles in economy or 85K miles in business one-way. These rates assume that United will offer saver awards at the rate at which it prices EgyptAir's service from New York-JFK to Cairo. An easy way to earn miles for EgyptAir's new DC to Cairo service aboard its swanky new Boeing 787 is through the Chase Sapphire Preferred Card. Currently, you can earn 80,000 bonus points (after you spend $4,000 in the first three months from account opening. Plus earn a $50 statement credit on grocery purchases in the first year of account opening), which can be redeemed for travel or transferred directly to your United MileagePlus account.

The Points Guy will continue to monitor EgyptAir's planned service to Washington DC and will provide updates when flights are open for booking.