Articles
Caroline Blair is a reader advocate intern for TPG. She is a senior at Syracuse University studying journalism and marketing. She studied and lived in London, her favorite city, for 5 months.
Follow
June 24, 2019
•
5 min read 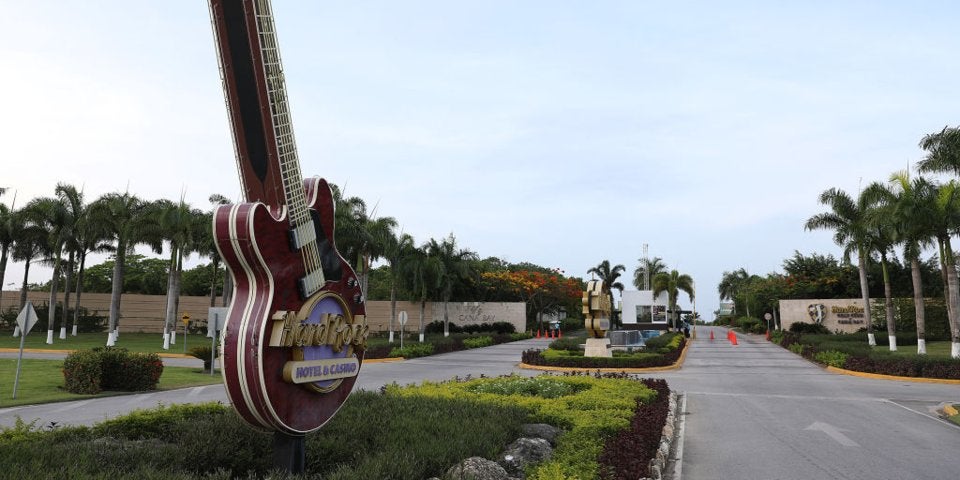 Dominican Republic Hotel Removes In-Room Liquor Dispensers After Tourist Deaths
This post contains references to products from one or more of our advertisers. We may receive compensation when you click on links to those products. Terms apply to the offers listed on this page. For an explanation of our Advertising Policy, visit this page.

The safety of the Dominican Republic for tourists has been called into question following a spate of alarming headlines reporting sudden tourist deaths, illnesses and accidents.

At least 10 American tourists have died during or recently after traveling to the Caribbean destination this year, according to CNN. It's enough to make any traveler nervous, especially after the Cancún resort scare in 2018.

Two travelers from the US died shortly after staying at the all-inclusive Hard Rock Hotel & Casino in Punta Cana. Earlier this month, a spokesperson for the resort told The Points Guy they "implement beverage protocols, including purchasing sealed and unopened products from licensed and reputable vendors" and perform "daily inspections of all products served throughout the hotel bars and in-room liquor dispensers."

In addition to the hotel in Punta Cana, four other Hard Rock properties (located in Cancún, Riviera Maya, Vallarta and Los Cabos) will eventually begin to implement the changes as well.

For those unfamiliar with the concept, the ensuite liquor dispensers are full-size bottles of hard alcohol turned upside down inside the mini fridge. Guests can twist a spigot and dispense a certain amount of liquor. While this may not sound like the most responsible or sanitary option, it's not an altogether uncommon practice at all-inclusive resorts.

Though Lopez said the changes were to "provide more tranquility for guests" and not specifically in response to the two deaths, Robert Wallace died in April after having a glass of scotch from the minibar, his relatives told Fox News.

Since Friday, the Hard Rock in Punta Cana has been removing the liquor dispensers one by one. Some guests reported that their dispenser had been removed, while others had not.

It is unlikely a microbiological contamination would case such severe illnesses, as long as what the bottle says on the outside correlates with the liquid inside, Randy Worobo, a food science professor at Cornell University, told TPG. That's because hard alcohol has pathogens that can can kill microbes in about a day. A chemical contamination, on the other hand, would be more likely, and that depends on the supplier and if they are actually diluting the alcohol.

Worobo has worked with different companies on teaching the process of cleaning and sanitizing liquor and wine bottles before. The training a bartender has differs from the training a cleaning staff has, though.

"I'd find it unlikely that the cleaning personnel would would have the proper training," Worobo said.

Of course, not all the deaths and illnesses are related. Travelers have said they felt ill while visiting, but did not drink from the minibar. And not all the travelers who have fallen ill were staying at the Hard Rock.

In May, three people died at the Grand Bahia Principe hotel in La Romana from respiratory failure and pulmonary edema, according to the Dominican Republic National Police. Another couple — Kaylynn Knull and Tom Schwanderflew — flew home after falling ill from smelling fumes in the same hotel in 2018. The couple was possibly poisoned by organophosphate, a form of insecticide that Knull believes was being used on plants around the Grand Bahia Principe.

Bahia Principe Hotels & Resorts released a statement saying that, while the "events" were "unfortunate," the safety of guests remains a priority.

An employee at the Luxury Bahia Principe Bouganville told TPG over the phone they still provide hard liquor in the guest rooms, along with beer and soft drinks. He said there were no immediate plans to change their policies.

And the Excellence Resort in Punta Cana, where Leyla Cox died earlier this month in her room following a supposed heart attack, did not immediately comment about their liquor policies, but their website says they offer in-room liquor and wine bottle selections. The Terra Linda Resort in Sousa, where Joseph Allen died on June 13 from still undetermined causes, also did not comment on their liquor policies by the time of publication.

Both US and Dominican Republic officials have reiterated that they have yet to find connections between the 10 deaths this year and it's still a relatively safe destination. “I would still consider the Dominican Republic a safe place to go," Matthew Bradley, a former CIA agent and current regional security director of International SOS, told Time.

The US State Department announced in April a Level 2 travel advisory, encouraging tourists to exercise increased caution. Other countries in the Level 2 advisory include Denmark, Germany and the United Kingdom.