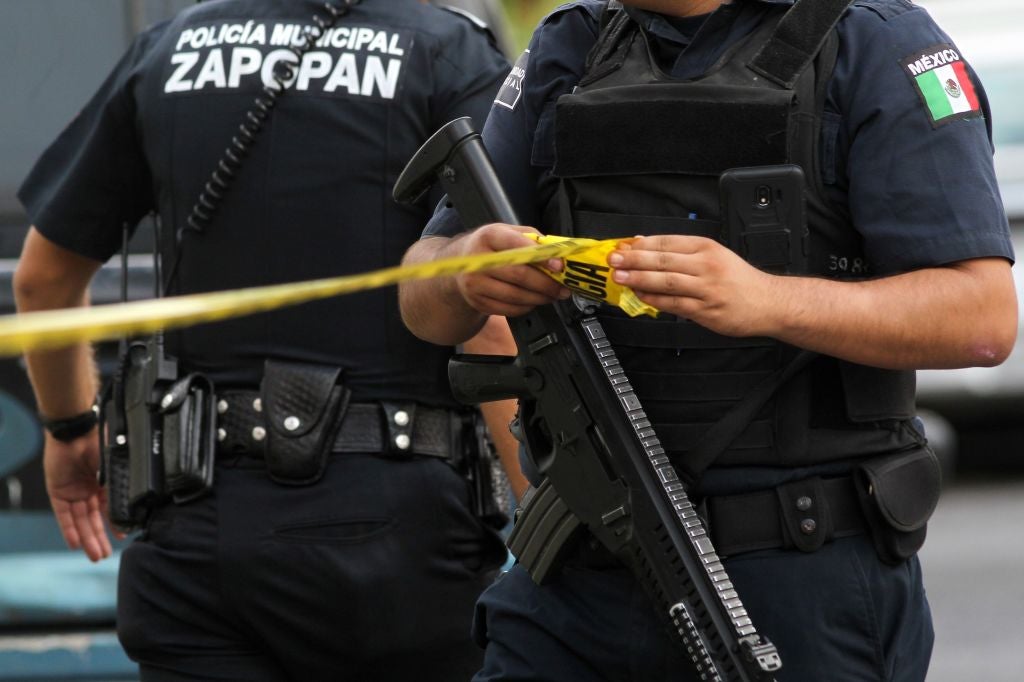 Mexico Travel Warning Issued After 8 Bodies Found in Cancun
This post contains references to products from one or more of our advertisers. We may receive compensation when you click on links to those products. Terms apply to the offers listed on this page. For an explanation of our Advertising Policy, visit this page.

The US State Department issued a new travel warning for Mexico on Wednesday night after authorities found eight dead bodies in the popular resort town Cancun within the span of a few days.

The Riveria Maya News reports that two of the bodies — an unidentified man and woman — were found in the trunk of a cab at a shopping mall in the wee hours of Monday morning. The bodies of two other unidentified men were found dismembered and placed in plastic bags on Rancho Viejo Avenue in the city, according to the AP.

On Tuesday, Mexican authorities found a fifth body of a man who had been bound and shot. Another fatal gunshot victim was discovered covered in a plastic bag, and a seventh man was murdered in a hammock. The eighth murder victim was found decapitated in the city's Tres Reyes neighborhood, Newsweek reports.

The new travel alert is a level two warning, which means visitors should "exercise increased caution due to crime."

"Violent crime, such as homicide, kidnapping, carjacking, and robbery, is widespread," the State Department warning says. "The U.S. government has limited ability to provide emergency services to U.S. citizens in many areas of Mexico as U.S. government employees are prohibited from travel to these areas."

The popular resort areas of Cancun, Cozumel, Playa del Carmen, Tulum and Riviera Maya are located in the state of Quintana Roo. None of this week's eight murders in Cancun were directly located in the city's beachfront hotel district.

"While most of these homicides appeared to be targeted, criminal organization assassinations, turf battles between criminal groups have resulted in violent crime in areas frequented by U.S. citizens," the State Department alert says. "Shooting incidents injuring or killing bystanders have occurred."

The alert lists the following areas in Mexico as a level four "do not travel" warning due to crime: Colima state, Guerrero state, Michoacán state, Sinaloa state and Tamaulipas state. In these areas, the State Department says violent gang activity is widespread, as are gun battles, "armed robbery, carjacking, kidnapping, extortion, and sexual assault."

The alert warns US citizens that in these areas, roadblocks by criminals are common and law enforcement has limited capability to respond. "Armed criminal groups target public and private passenger buses traveling through Tamaulipas, often taking passengers hostage and demanding ransom payments," the alert says.

For tourists who are traveling to Mexico, the State Department recommends travelers use toll roads when possible and avoid driving at night. Visitors should also avoid displaying signs of wealth, such as wearing expensive watches or jewelry and be extra vigilant when visiting banks or ATMs.

US citizens can also enroll in the Smart Traveler Enrollment Program (STEP) to receive alerts from the State Department. The program also makes it easier for officials to locate you in an emergency.

Earlier this year, Cancun had a particularly gruesome stretch that saw 14 murders in 36 hours in April. That was the city's most violent window of time since 2004, the New York Post reports. Back in March, the US Consular Agency in Playa del Carmen was closed due to an unspecified “security threat” in the resort town. At the same time, the US Embassy in Mexico had issued a security alert, which barred all US government employees from traveling to Playa del Carmen. Those alerts have since been lifted.