Articles
Andrea M. Rotondo is director of content operations at TPG. She's trailed an orca pod from a skiff in Alaska’s Inside Passage, had an allergic reaction to a cheetah she met at a South African rehabilitation center and hiked the Borneo rainforest to glimpse orangutans in the wild — and she's written about it all.
Follow
July 11, 2019
•
5 min read 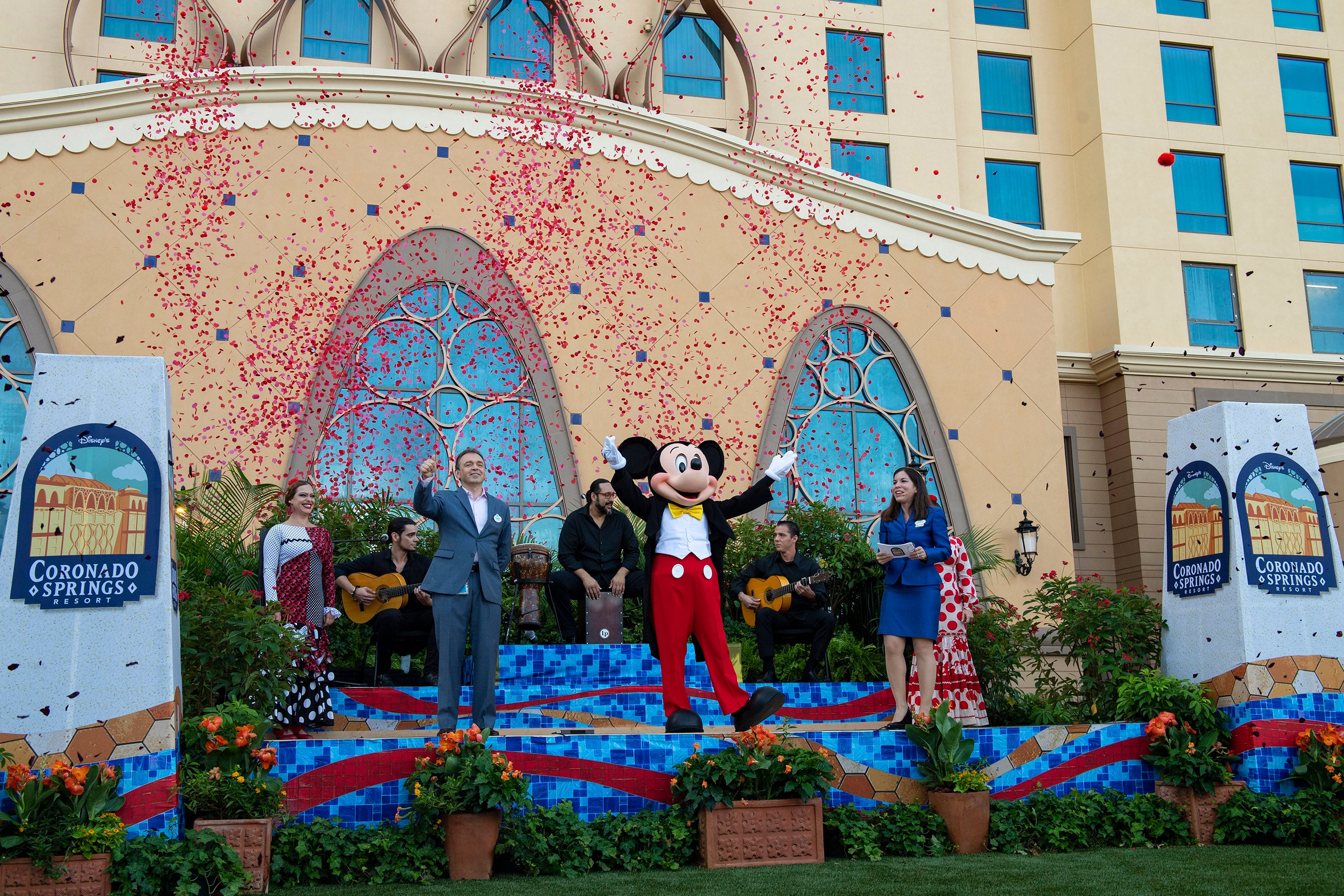 Disney World Just Opened a New Hotel Tower and 3 New Restaurants
This post contains references to products from one or more of our advertisers. We may receive compensation when you click on links to those products. Terms apply to the offers listed on this page. For an explanation of our Advertising Policy, visit this page.

Walt Disney always hoped that Disney World would continually evolve so guests could return again and again for new experiences. With all Disney World has been up to in 2019, we're thinking he'd be pretty pleased. In Florida, Disney World has more going on this summer than just the official opening of Star Wars: Galaxy's Edge at Hollywood Studios set for Aug. 29 -- there are also multiple brand new restaurants and a new hotel tower that just began accepting guests.

Related: Is the Disney Visa Worth It?

Epcot's World Showcase is already home to some pretty terrific table-service restaurants, but an exciting new option, Takumi-Tei, has just been added to the mix. If you're feeling fancy, head to the Japan pavilion and grab a table to enjoy an a la carte meal or an exclusive nine-course chef's table experience.

The menu consists of handcrafted sushi and sashimi, but the meat-lovers in your group will likely appreciate the Nikomi Wagyu (braised wagyu short rib with roasted bone marrow) and roast duck. Pescatarians may prefer the Hama no Kani, a whole crab tossed in a light ponzu sauce. The restaurant also caters to vegetarians with the Agedashi Tofu that consists of fried silken tofu, brown butter black rice and shimeji mushrooms.

If you want to go all-in, you can pair the meal with premium sake. And yes, this is all possible within a theme park. We want to sample the $16 Japanese water cake with rose, kuromitsu (black sugar syrup) and kinako crumb (roasted soybean flour).

While early reviews look promising, this may not be your go-to Epcot restaurant if you've got picky kids in tow. Entrees range from around $40 to $93 for wagyu tenderloin. A la carte sushi (two pieces per order) range from $10–$26.

Takumi-Tei is open daily for dinner, starting at 4pm. You'll need to walk-up and try to get a table for now, but reservations for up to 180 days out will be accepted starting July 16. If you'd prefer a reservation for the chef's table at $180 per person, call Mitsukoshi directly at (407) 827-8504.

In other news, Disney's Coronado Springs Resort has a new "gateway" in the Gran Destino Tower, which opened July 9. The resort is nestled on the southwestern shore of 22-acre Lago Dorado, relatively near Animal Kingdom. The new tower has 545 guest rooms plus 50 suites and a Chronos Club lounge. This is actually the first club offered at a "moderate" Disney resort. (Mommy Points helps answer the question: Is Disney's club level is worth the cost for your family?)

Rooms in the Gran Destino Tower can be booked by selecting Coronado Springs as your resort, and then scrolling down. Rates are often $200–$300 per night for base level rooms. Club level rooms seem to start at $300–$400 per night. (Here are ways to stay at Disney World for less.)

In addition to a being new lodging option, Gran Destino presents two new restaurants -- both with incredible views. Head to Gran Destino's rooftop for Toledo, which serves tapas, steaks and seafood.

It's a table-service restaurant with Spanish-inspired menu items such as a 32-ounce Spanish-style rib-eye for two, seafood dishes (think tilefish) that have been labeled "sustainable" and other classic Spanish dishes like rioja-braised chicken, patatas bravas (potatoes) and gigante beans.

The second new restaurant at the complex is an open-air waterfront dining venue at the intersection of three bridges that span the compound's lake, aptly named the Three Bridges Bar & Grill. The menu has favorites with a twist like the Signature Burger with manchego cheese, roasted garlic aioli, arugula and tomato. Fried shrimp corn dogs with smoked paprika fries also has our attention. You can order shareable dishes for the table or individual entrees.

We're adding these new spots to our Disney to-do list. Perhaps before long we'll need to update our list of the best restaurants at Disney World!