Articles
Leslie Harvey is a mom of two children, ages 12 and 7, from the San Francisco Bay Area. She blogs at Trips With Tykes, is the co-host of the podcast Disney Deciphered and co-owns the Disneyland planning Facebook group, Disneyland with Kids.
Follow
Dec. 06, 2021
•
6 min read 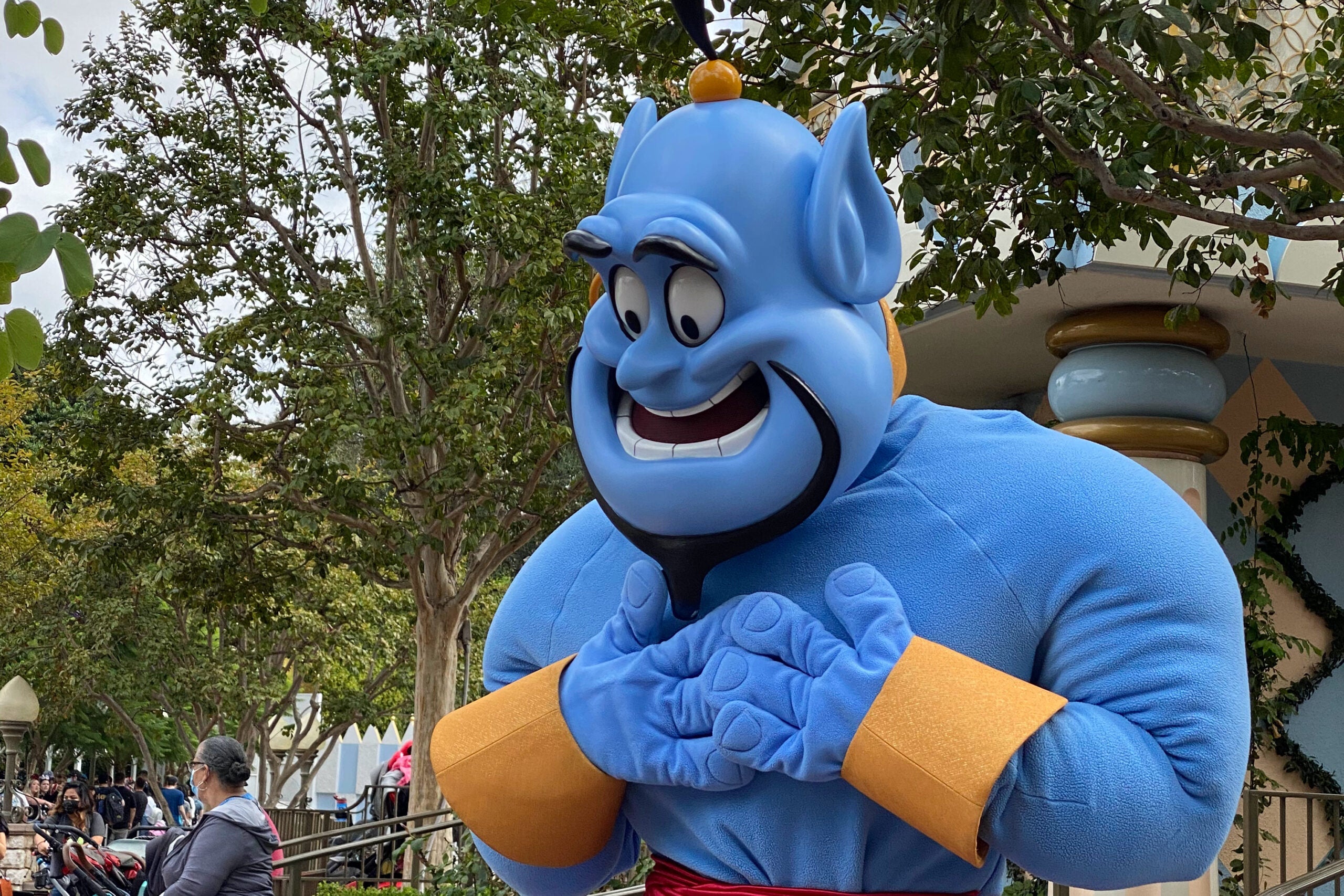 The long-awaited successor to Fastpass at the Disneyland Resort finally has a launch date! For guests who have had no way to shortcut long attraction lines since Disneyland reopened last spring, this change comes at a crucial time right before the busy holiday season.

On Dec. 8, 2021, Disney Genie, Disney Genie+, and Lightning Lane will make their debut at Disneyland. These services have been operating at Walt Disney World since mid-October, and now the California theme parks will have their turn. Of course, there will naturally be a few West Coast differences.

With less than 48 hours' notice before this launch, this is a pretty major change that guests with upcoming Disneyland vacations need to dive into right away to understand. So here are the essentials to get you up to speed quickly.

All the new terminology is likely to be confusing and a bit overwhelming for guests used to the old Disneyland lingo. The easiest way to understand it is by breaking down the offerings into what is free for guests and what involves a paid upgrade.

The basic Disney Genie service is free. Disney Genie is the name for some new features built into the Disneyland app to help you optimize your Disney day. Disney Genie has choices like a personalized itinerary creator where guests can select their favorites and get suggestions about what to do and when.

Disney Genie features tip boards for both attractions and dining so guests can get hints throughout the day of the options available to them.

For guests wanting to upgrade their Disneyland park experience by cutting longer lines, there are two new paid options that will debut with Disney Genie on Dec. 8, 2021, as well.

Both offerings send guests into the Lightning Lane, which is a separate capacity-controlled queue that offers a much shorter wait. If you’ve been to Disneyland before, you’ll recognize the Lightning Lanes as a rebranding of what used to be labeled as the Fastpass lane.

The first of these paid options is Disney Genie+, which will cost $20 per ticketed guest per day. Disney Genie+ is a close cousin of Disneyland’s old MaxPass system, which was a digital service that allowed guests to book Fastpasses on their smartphones.

Like MaxPass, Disney Genie+ offers a way for guests to cut lines on select attractions. Guests book a "next available" return time on the Disneyland app for an attraction and return through the Lightning Lane when their one-hour reservation window is open. Guests are eligible for a next booking no more than 120 minutes later (guests who ride a booked attraction sooner than 120 minutes should be eligible again as soon as they tap into the Lightning Lane for the attraction).

A few very popular rides won’t be offered as part of Genie+ and will instead be available for individual purchase. Disney is calling this option Individual Lightning Lane Entrance Selection. Each of these rides will cost between $7–$20 per guest at Disneyland, and guests will be limited to two purchases per day.

The three attractions available for individual sale in the two parks are Star Wars: Rise of the Resistance in Disneyland park and Radiator Springs Racers and Web Slingers: A Spider-Man Adventure in Disney California Adventure.

Differences between Disney World and Disneyland

For guests who are already familiar with Disney Genie and Disney Genie+ at Walt Disney World, it’s important to know that everything won’t be identical at Disneyland. The services will operate in a few different ways on each Disney coast.

The individual Lightning Lane attractions will also vary in price a bit. At Disneyland, these attractions will cost in the range of $7–$20 per selection. At Walt Disney World, the current offerings are sold at $7–$15. With just three selections between two parks at Disneyland but eight selections among four parks at Walt Disney World, guests may not find themselves shelling out as much money in total even with the higher maximum price.

Related: Testing Genie+, here's how it saved me 3 hours in line

Another difference is when guests can start booking Lightning Lanes with Disney Genie+ and Individual Lightning Lane selection. At Disneyland, guests cannot begin booking either until they have entered a theme park for the day. This is how MaxPass worked and should be familiar to frequent Disneyland visitors.

At Walt Disney World, however, Disney Genie+ bookings open up at 7 a.m. daily. There, individual Lightning Lane Selection opens at 7 a.m. for on-property hotel guests and at official park opening time to all others. As a result, expect the strategies for booking and using these options to differ quite a bit once Disneyland’s version is live. At the very least, early birds will have a major Disneyland advantage.

There are quite a few other differences that will likely come into play as well. For example, Disneyland allows guests to park hop at 1 p.m. (Disney World has a 2 p.m. park-hopping start time). The two parks at Disneyland are just a few steps away from each other, so expect some guests to able to hop back and forth more efficiently to ride more in a single day than might be logistically possible at Walt Disney World. In short, stay tuned because TPG will be testing all these strategies very soon!

As with all new offerings, there will be a learning curve for both guests and Disney as adjustments are made to Disney Genie, Disney Genie+ and Individual Lightning Lane Entrance Selection. With just 48 hours' notice on this rollout, it could be even more volatile than usual. Pack your patience in the next few weeks as everyone settles into the changes.

On balance, guests who like to maximize their Disney day and ride a lot of attractions should be cautiously optimistic about the possibilities at Disneyland -- perhaps even more so than at Walt Disney World. MaxPass worked very well for most guests over the years at Disneyland, and Disney has already had a chance to test and adjust the new offerings in Florida. California guests should benefit from that trial period.

Featured image by (Image by Leslie Harvey.)
Editorial disclaimer: Opinions expressed here are the author’s alone, not those of any bank, credit card issuer, airline or hotel chain, and have not been reviewed, approved or otherwise endorsed by any of these entities.