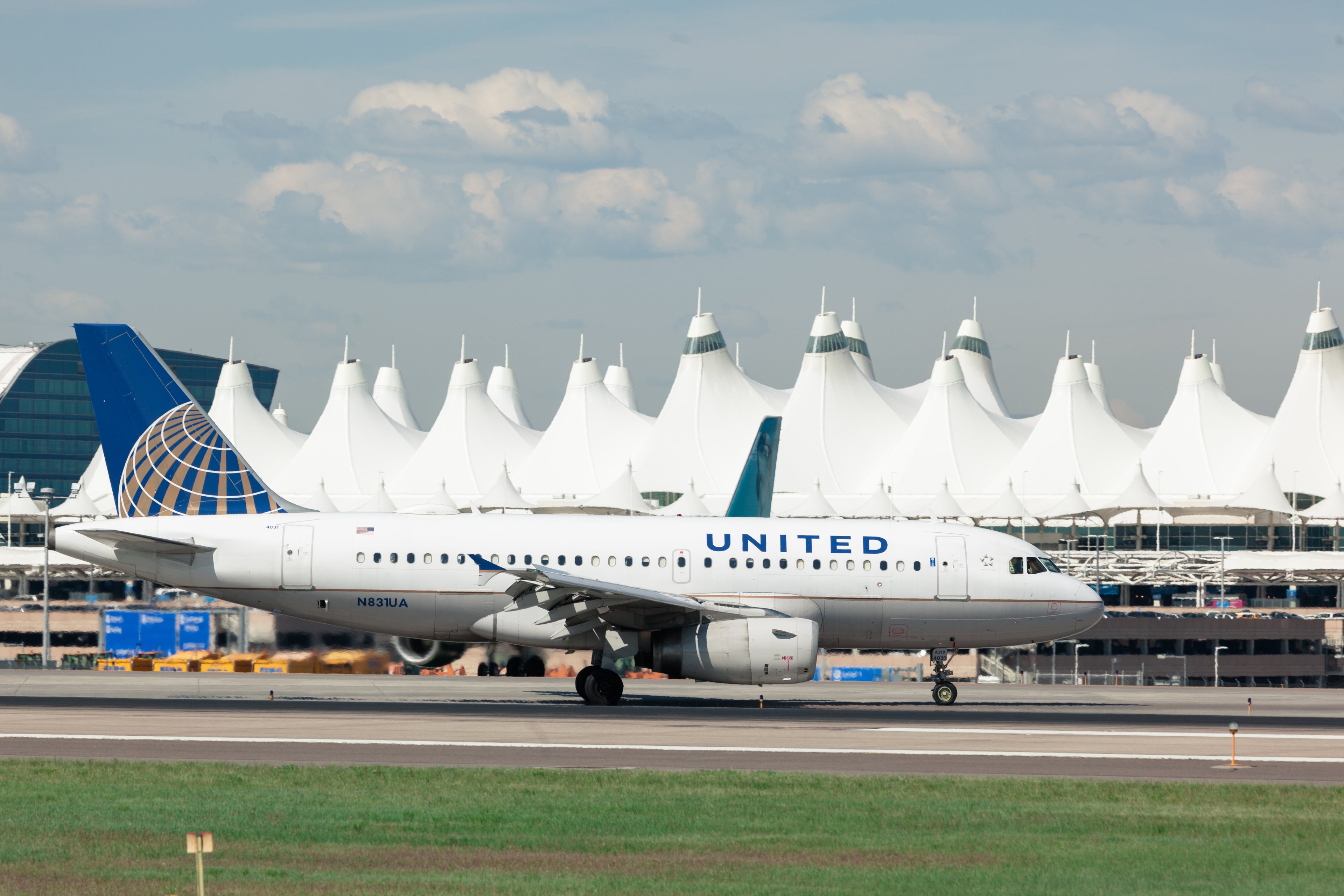 United Airlines plans largest-ever Denver hub
This post contains references to products from one or more of our advertisers. We may receive compensation when you click on links to those products. Terms apply to the offers listed on this page. For an explanation of our Advertising Policy, visit this page.

United Airlines has big aspirations in Denver, with plans that could turn the Mile High City into its largest hub in five years.

The Chicago-based carrier will add about 50 daily departures annually from Denver International Airport (DEN) with an aim of more than 700 departures on peak days by 2025, the head of United's Denver hub Steve Jaquith told a Denver City Council committee Wednesday. The airline is scheduled to fly more than 550 peak day departures this summer.

“We have every intention to be the top carrier [in Denver], and growing the airport to its full potential," he said.

That full potential could see Denver become United's largest hub by departures. While multi-year airline growth plans rarely play out as expected, the airline is adding flights at a faster clip in Denver than at either its two larger hubs, Chicago O'Hare (ORD) or Houston Intercontinental (IAH), according to Cirium schedule data. Chicago is scheduled to see about 670 departures and Houston 570 departures on peak days this summer.

Gavin Molloy, the vice president of corporate real estate and environmental affairs at United, called Denver the "centerpiece" of the airline's current domestic growth strategy. That strategy has seen the carrier add flights at its three mid-continent hubs in Chicago, Denver and Houston in an effort to boost connections and recapture what executives have previously called United's "natural share" of the domestic market.

Most of the new flights planned in Denver will be domestic. However, Jaquith said that the additional traffic could support new international long-haul service in the future. United serves Frankfurt (FRA), London Heathrow (LHR) and Tokyo Narita (NRT) from the city.

If the growth in Denver continues at its current pace, the operation is on track to surpass Houston and rival Chicago as United's busiest hub in terms of departures by 2025.

United spokeswoman Rachel Rivas told TPG that United is growing at all of its hubs when asked about where Denver might rank in the future rank with more than 700 flights. While current growth rates would put Denver in position to become United's busiest hub, a change in pace in Denver — or stepped up growth in Chicago or Houston — could alter the projection.

Largest hub or not, United needs a lot more gates in Denver for all its new flights. Jaquith and Molloy joined airport officials Wednesday in presenting a plan for the airline to add 24 more gates for a total of 90 in Denver by 2022. The additional gates would include 23 on Concourse A, including 12 under construction and 11 existing, plus one being built on Concourse B.

Denver airport is in the midst of building 39 new gates under a $1.5 billion concourse expansion it kicked off in 2018. Plans call for 12 new gates on Concourse A, one on B — 11 are being built but they replace former regional gates — and 16 on C. The program also includes new passenger amenities, including outdoor patios on all three concourses.

Kim Day, CEO of Denver airport, told the City Council committee Wednesday that all of the new gates are already leased and the airport has plans to begin a second phase of gate expansion in the "coming weeks."

Day did not explain, nor did the committee members specifically ask, how the airport plans to accommodate Southwest Airlines' request for the 16 gates under construction on Concourse C. The math does not add up for the Dallas-based discounter to take all of the space on C if United takes 11 existing gates on A — gates that are currently occupied by Delta Air Lines and Frontier Airlines — plus all of the new space on A and B.

Related: Denver airport will get the first of 3 new outdoor patios this year

Southwest spokesman Dan Landson told TPG that the airline is "keeping an eye" on the United gate proposal, and maintains its request for the 16 under construction gates on Concourse C.

“All of the carriers that are growing are going to get the gates they wish," said Day when asked by committee members about other airlines. She added that the United agreement did not "preclude" other requests without providing additional details.

The committee approved the agreement between United and the airport for more gates, with the full Denver City Council set to hear the proposal later in January.

Denver airport was the fifth busiest in the U.S. with 64.5 million passengers in 2018, according to airport and U.S. Federal Aviation Administration data. Year-to-date through October 2019, traffic in Denver was up 7.3% year-over-year to 57.9 million passengers.