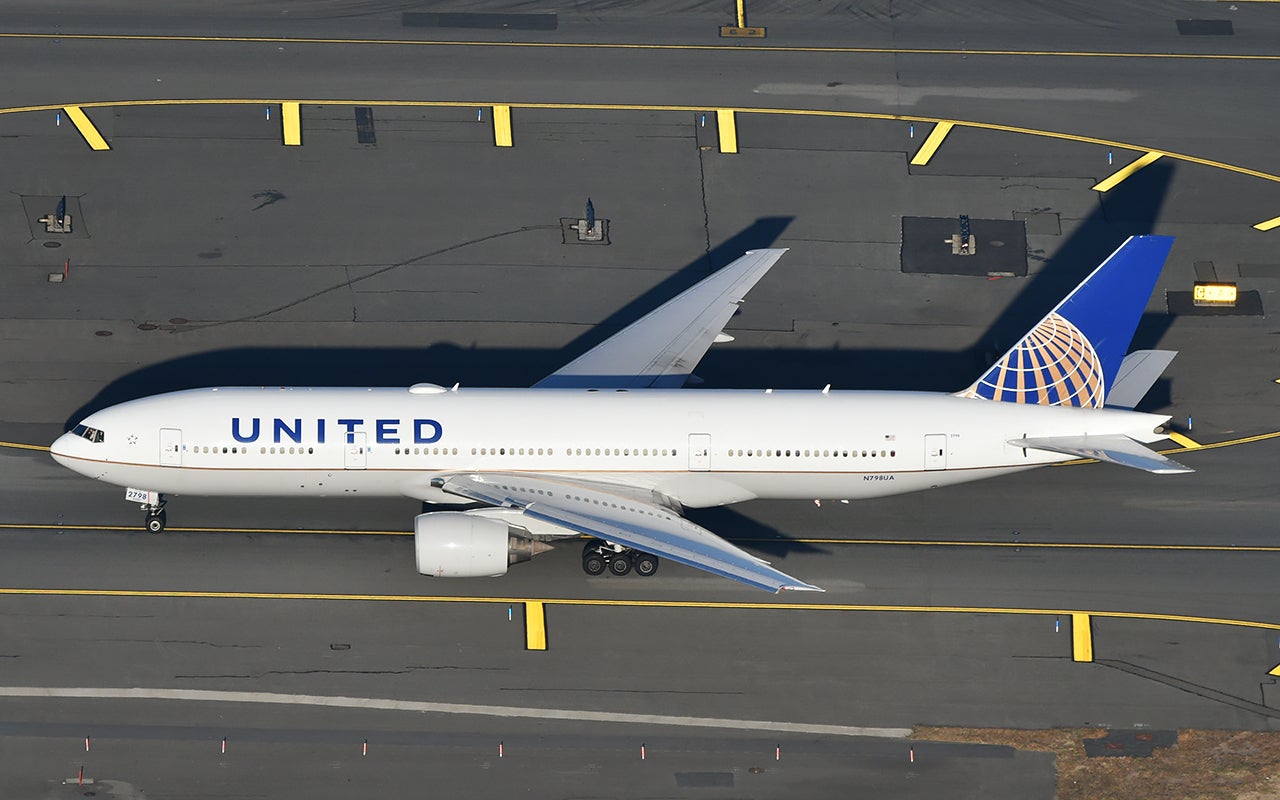 United Airlines' domestic growth includes more 777s to Orlando
This post contains references to products from one or more of our advertisers. We may receive compensation when you click on links to those products. Terms apply to the offers listed on this page. For an explanation of our Advertising Policy, visit this page.

United Airlines has some wide plans for Orlando next year, as it continues with its accelerated domestic growth push.

The 777, which can seat up to 364 passengers, will replace a significantly smaller Boeing 737-900ER with 179 seats, he told TPG. The new wide-body route to Orlando complements existing 777 service to the Florida holiday mecca from Chicago O'Hare (ORD).

Increasing the gauge, or size of aircraft, is a focus for United. President Scott Kirby said earlier in October that United was "seven years to eight years behind... competitors on gauge growth with approximately 13% fewer seats per domestic departure compared to Delta." Next year, the airline plans to increase the average number of seats per departure — like switching a 737 to a 777 — by roughly 3%, he added.

United plans to grow system capacity by 4-6% year-over-year in 2020, with much of that in its domestic network. In addition to flying more larger aircraft, plans include a new shuttle-like service between Newark and Washington National (DCA), a sixth daily flight between Newark and London Heathrow (LHR), and four new routes to Tokyo's close-to-downtown Haneda (HND) airport.

The carrier also announced five new routes at media day that will begin next year. From Chicago O'Hare, the airline will begin new service to Pasco (PSC) in Washington, Santa Barbara (SBA) in California, and Vail (EGE) in Colorado. United also will add nonstop service between Denver (DEN) and Nassau (NAS) in the Bahamas and between Houston Intercontinental (IAH) and Spokane (GEG) in Washington. The Chicago-Vail route is a summer extension of existing seasonal winter service.

Flights between Chicago and Pasco and Vail, and Houston and Spokane will be flown by an Embraer 175 with 76 seats, and between Chicago and Santa Barbara by an Airbus A319 with up to 128 seats, said Gupta. All but the Vail route begin on June 4, with the Colorado service launching sometime that month.

United's new wide-body flights to Orlando further solidify its lead as the largest domestic wide-body operator in the U.S. The carrier flew 47% of all domestic wide-body seats in October, according to Diio by Cirium schedules. American Airlines was a distant second with 23% of seats.

Wide-body aircraft like the 777 tend to be more comfortable for passengers due to their larger cabins. However, airlines have added to seats to many of these aircraft in recent years to boost revenues, including United's recent decision to retrofit its 777-200s with 10-abreast seating in economy in a 3-4-3 layout rather than its previous nine-abreast 3-3-3 layout.

United's new wide-body service to Orlando is a throwback of sorts. Continental Airlines, which merged with United in 2010, operated Airbus A300s between Newark and Orlando in the 1990s.