Articles
Brendan Dorsey is an Associate News Editor at TPG who covers nearly everything for TPG including aviation, credit cards, points, miles, ride-hailing services and more. He previously worked for TIME.
Follow
May 09, 2019
•
4 min read 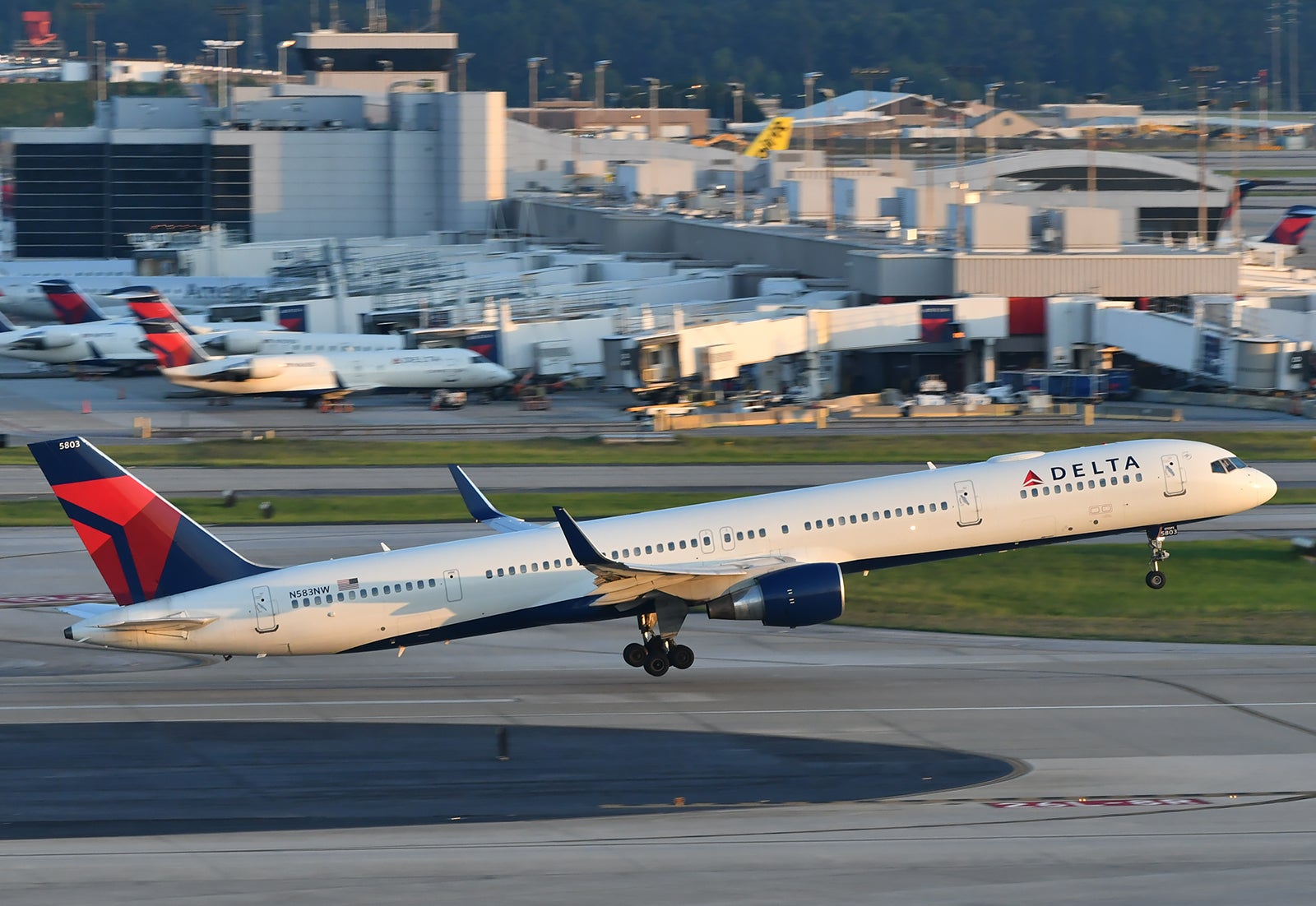 Delta to Start Testing Free Wi-Fi on Select Flights
This post contains references to products from one or more of our advertisers. We may receive compensation when you click on links to those products. Terms apply to the offers listed on this page. For an explanation of our Advertising Policy, visit this page.

Delta was the first global airline to offer unlimited and free seat-back entertainment, and in 2017 the carrier started offering free inflight messaging to its customers. Today, the carrier is announcing the next evolution of that by beginning its first round of tests to bring free inflight Wi-Fi to the masses.

Delta tells TPG that starting May 13, the carrier will begin limited testing of its planned free Wi-Fi service across a handful of flights. The trial is expected to last two weeks and will be tested across 55 flight segments a day. This follows Delta CEO Ed Bastian's pledge to bring free Wi-Fi to its flyers last fall.

All passengers on board the flights will be able to connect their phone, tablet or laptop to the internet for free and browse, email, shop, message, engage with social media and more at 30,000 feet. However, Delta says it will not allow video streaming (i.e. Netflix or Hulu) during these first tests. It wants to see how customers use the service without streaming and hopes that its extensive collection of content in its IFE units will hold customers over during their trips. It's likely it wants to avoid an aircraft full of passengers streaming the latest Game of Thrones episode all at once, therefore eating all the bandwidth and slowing down speeds for everyone.

The carrier wouldn't give anymore details on which aircraft and routes may see the tests other than mentioning that it's testing different markets, so you may see it on a shorter hop from Atlanta to Detroit or a transcontinental flight between Seattle and New York.

The airline pushed the complexities of offering free Wi-Fi on a large fleet and isn't in a huge rush to "flip the free switch" on free Wi-Fi. It wants to get everything right before the service goes live.

“Testing will be key to getting this highly complex program right – this takes a lot more creativity, investment and planning to bring to life than a simple flip of a switch,” said Ekrem Dimbiloglu, Director of Onboard Product for Delta, in a statement.

Delta will notify customers beforehand via email and through its mobile app if their aircraft will be part of the tests. The airline also tells TPG that there will be signage at airport gates where free Wi-Fi will be available.

“As with any test in uncharted territory, Delta will rely heavily on customer and employee feedback to navigate how to best make free in-flight Wi-Fi a reality,” Dimbiloglu said.

This will be the first of multiple tests, Delta told us, which is designed to "understand customer experience preferences, system performance, customer feedback and more." However, they wouldn't get into specifics about when the next trial will be and when the service will come out of the the beta period and into a fully fledged offering for every Delta flyer.

The only other US airline to offer free Wi-Fi is JetBlue, but it's nowhere near the size of Delta, a carrier with a complex fleet of nearly 900 aircraft that fly to six continents.

When the service does go live it will be a huge boon to every Delta flyer and will likely make waves in the industry — hopefully pushing other US airlines to follow suit. It will save travelers heaps of cash — right now Delta charges $16 to pre-purchase a domestic Wi-Fi day pass and $28 for a global day pass.

The airline told TPG that it wants everyone to have access to this service. Yes, that even means you, basic economy flyers.