Articles
Darren Murph holds a Guinness World Record as the planet's most prolific professional blogger. He's an explorer at heart, having traversed nearly 50 countries and all 50 US states. He's flown over one million miles on Delta alone, and serves as a senior writer at TPG.
Follow
Jan. 11, 2019
•
2 min read 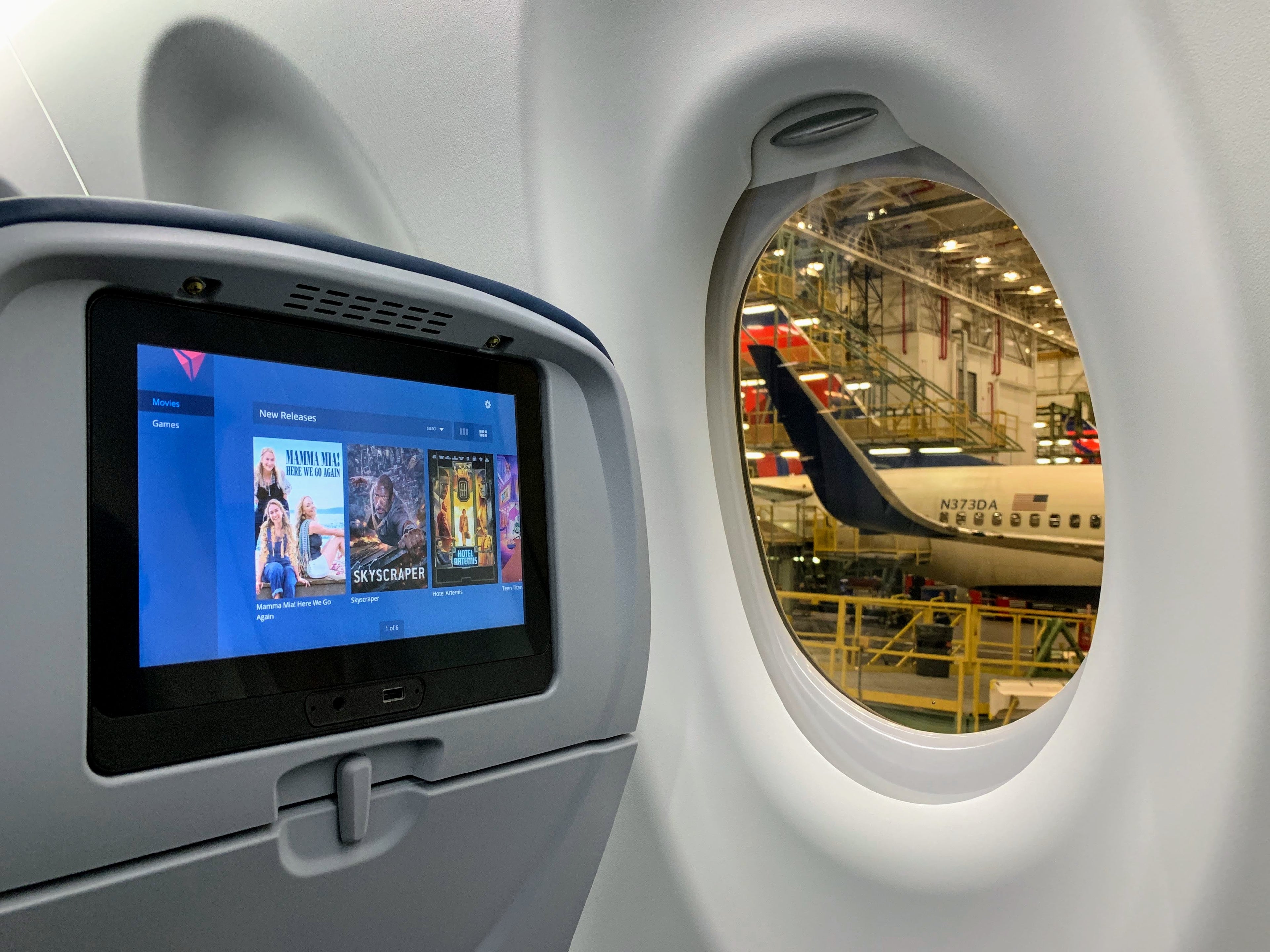 Delta Taps Inflight Entertainment Screens to Raise Awareness for Human Trafficking
This post contains references to products from one or more of our advertisers. We may receive compensation when you click on links to those products. Terms apply to the offers listed on this page. For an explanation of our Advertising Policy, visit this page.

Human trafficking is an unpleasant topic to broach, but incredibly important for flyers to recognize. Massive sporting events in particular tend to see spikes in attempted trafficking, and with Super Bowl LIII coming to Atlanta's Mercedes-Benz Stadium, increased effort is being placed on awareness.

Given that this year's Super Bowl is being hosted in Delta Air Lines' backyard, and in honor of Human Trafficking Awareness Day on Jan. 11, 2019, the airline is doing something it has never done before: leaning on inflight entertainment screens to get the message out.

Seventy-one percent of labor trafficking victims report being trafficked into the United States on an airplane. Per Delta: "The campaign, developed with anti-human trafficking experts Polaris, calls customers to #GetOnBoard and shines a light on the estimated 25 million people enslaved today. It includes enhanced signage in airports and an inflight video that puts a face and story to modern slavery, depicting an unsuspected trafficking dynamic and highlighting indicators through the eyes of a young boy — the trafficking victim."

The video is being introduced with a PA announcement on all aircraft equipped with seatback screens during January, Human Trafficking Awareness Month. It also provides the number for the National Human Trafficking Hotline, a resource for victims and the community alike to report tips of human trafficking or access support, which Delta supported with a $1M commitment.

Customers have the chance to join the fight by donating miles through Polaris using Delta’s Skywish program at Delta.com. The miles fly victims home, to safety or to receive critical care and legal services. The program has provided 60 flights for survivors thus far, and Delta is matching the first 3 million miles donated.

Delta goes to great lengths to halt human trafficking, training 56,000 employees to identify and report around the globe. It also offers employees volunteer opportunities in 13 cities to support survivors in their recovery, as well as apprenticeships for survivors at its Atlanta headquarters to provide career development and opportunities to learn professional skills.

As the videos shown here indicate, you should alert a flight attendant if someone reaches out discreetly about being flown against their will. If you see something, say something.

Our points-obsessed staff uses a plethora of credit cards on a daily basis. If anyone on our team wouldn’t recommend it to a friend or a family member, we wouldn’t recommend it on The Points Guy either. Our opinions are our own, and have not been reviewed, approved, or endorsed by our advertising partners.
See all best card offers
Related stories
Guide
8 magical new reasons to visit Disneyland this year
News
Good news: All Qatar Airways business-class award space again showing on AA.com
Guide
27 cruise ship embarkation day do’s and don’ts
Guide
IHG food and beverage reward redemptions are coming soon: Here's a sneak peek at how they'll work