It's official: Delta One business-class lounges are coming 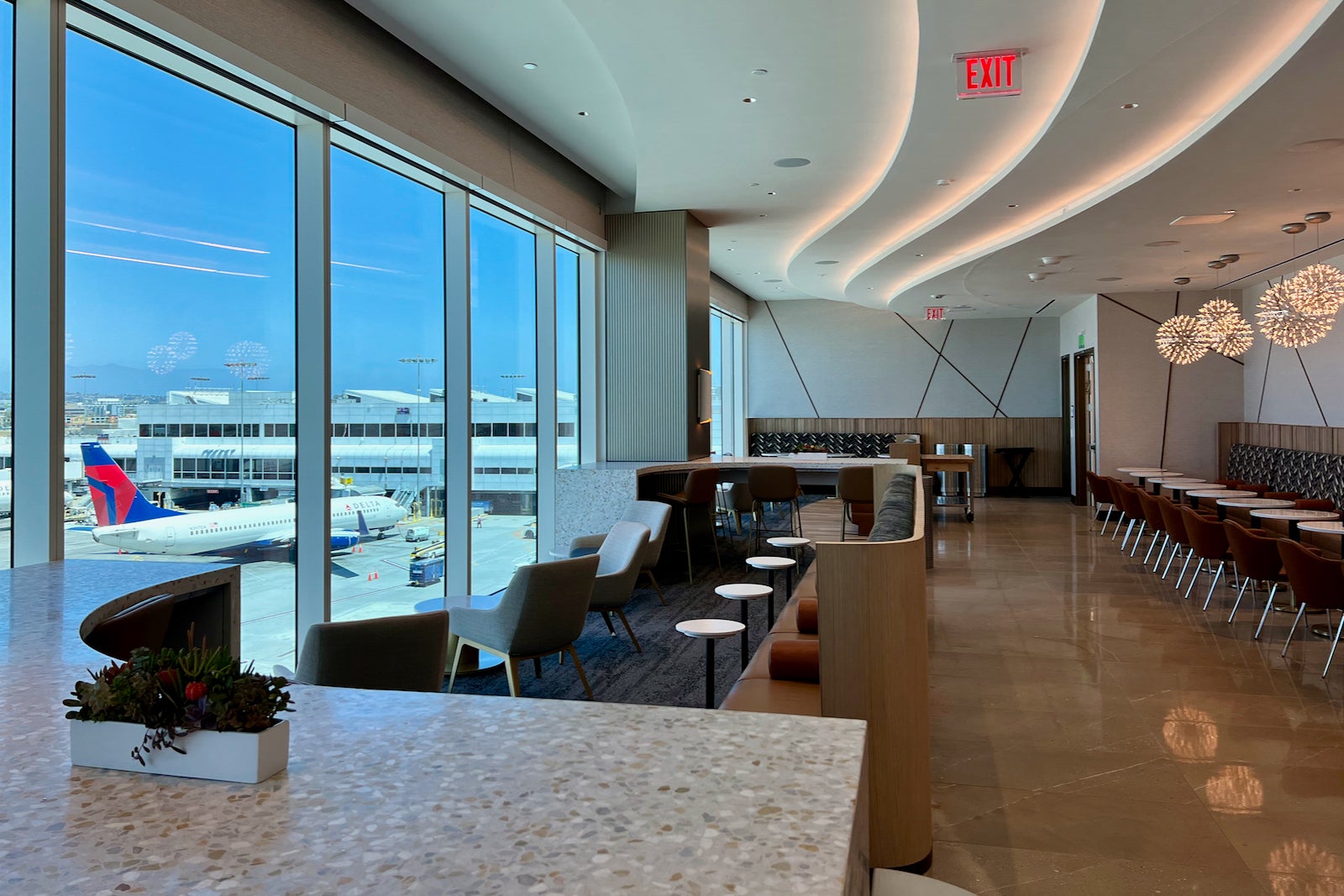 Delta has done a great job at improving its membership-based Sky Clubs.

Gone are the days of “relaxing” in some drab closet in the corner of the airport. Delta has made sweeping improvements to its lounges, adding bespoke designs and luxurious finishes for its newest Sky Clubs.

The Atlanta-based carrier is on a roll, after recently unveiling new outposts in Salt Lake City, Fort Lauderdale and Detroit, along with a 30,000-square-foot space in the new “Sky Way” in Los Angeles that opened on Wednesday.

In fact, many Sky Club locations are now much nicer than the Admirals Club or United Club in the same airport. As it heads into 2022, Delta is continuing to invest in its Sky Clubs — but its emphasis is slowly changing.

The man behind Delta’s lounges, Claude Roussel, chatted with TPG about the future of Delta’s Sky Club network. Here’s the latest from the airline's managing director of Sky Clubs.

Delta One clubs are officially coming

It’s no secret that Delta has been planning to introduce business-class-only lounges.

These spaces are expected to compete with the likes of the American Flagship Lounge and the United Polaris Lounge, both of which offer an elevated experience to long-haul business-class passengers.

Delta does not yet offer a comparable experience. While the nicest Sky Clubs resemble American’s and United’s fanciest lounges in terms of design, Delta’s membership clubs still fall short. They’re not as exclusive, nor do they offer an elevated service experience, including la carte dining or complimentary top-shelf liquor.

So, it’s likely no surprise then that we’ve seen multiple leaked documents about Delta planning to open a dedicated lounge for its Delta One passengers.

To date, mum’s been the word about these rumored lounges. But that’s no longer the case.

Roussel officially confirmed to TPG in the first official statement from the carrier about these plans that “we are doing [a premium lounge] in New York-JFK.” He added that “having a differentiated experience as we are planning for in JFK is important.”

The details aren’t finalized, but the outpost will occupy a new space in the carrier’s Terminal 4 home at JFK.

As for other possible markets for a Delta One lounge, Roussel mentioned that the rest are still up in the air. Los Angeles is a big contender, though, as the airline’s old terminal used to house a dedicated Delta One check-in area for its highest-paying passengers.

Rumor has it that there’s room in the new Sky Way for a future premium lounge, but Roussel would say only that “we are going to tailor the experience to each location.”

What that means is anyone’s guess, but he added that “a premium lounge is going to be elevated. It’s going to please a lot of our guests that fly in the front cabin.”

Now that we have confirmation from Delta, it’s only a matter of time before the airline reveals the details of its premium lounge network.

New amenities to redefine the experience

This includes new phone booths that have been “wildly popular” with travelers, according to Roussel.

Delta first trialed adding Framery phone booths in its Salt Lake City club. The pilot was seemingly successful, as these phone booths have now made their way to L.A., with more coming soon to other locations.

Additionally, the carrier is rolling out a revamped virtual queue system that’ll hold your space in line to use a shower or speak to a lounge representative about flight changes and rebookings.

Delta added these new kiosks to its Los Angeles club and will continue rolling them out network-wide.

“We’re putting the virtual queue in all our new clubs,” Roussel mentioned. “It’s a great new feature. It hasn’t been perfected until now and we’ve gotten better at it, so we are implementing it across the network.”

The technology is powered by a crowd-management software that Delta has now deployed across its entire network of 54 lounges, according to Roussel.

Assuming the trial is successful, I’d expect that Delta will roll out these capacity indicators more broadly in the coming months.

The pipeline is strong

As Delta starts planning for its premium lounges, the airline is going full throttle on unveiling new Sky Clubs.

The next location to open, according to Roussel, will be in June, when Delta takes the wraps off its soon-to-be largest club, in New York’s LaGuardia Airport.

“It’s going to be very nice, but different in style,” said Roussel, when comparing the LGA location to the new one in LAX.

Following the LaGuardia ribbon cutting, Delta will (finally) open its Sky Club in Tokyo-Haneda, a space that was completed during the pandemic but hasn’t yet had the opportunity to open. That Haneda location will start welcoming travelers during the last week of July or the first week of August, said Roussel.

The final big lounge opening of the year will happen in Chicago’s O’Hare airport in September. There, Delta is building a brand-new club in the airport’s expanded and revamped Terminal 5, which will shortly become Delta’s new home in the Windy City.