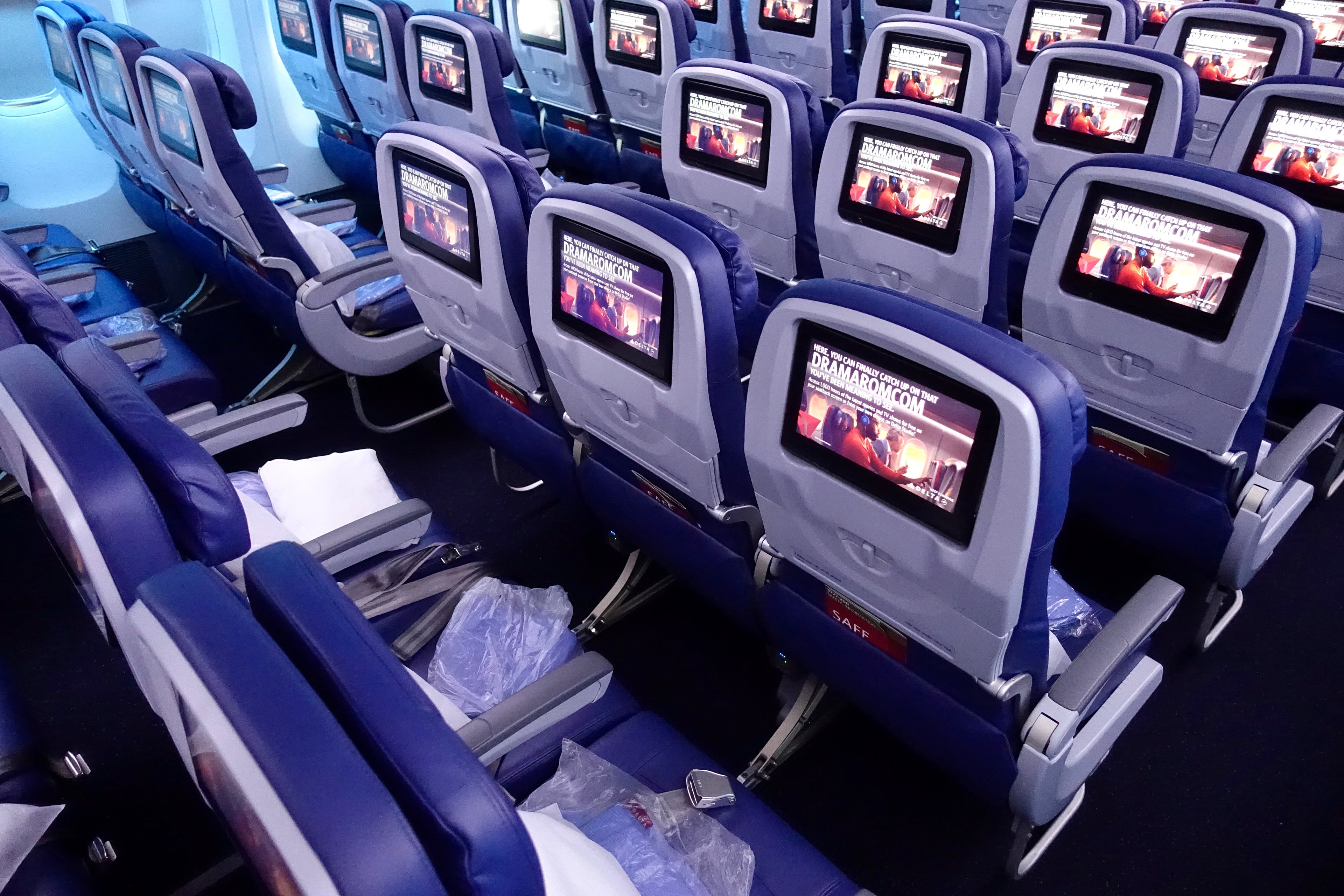 Why Less Is More on Delta's Refreshed 777-200ER
This post contains references to products from one or more of our advertisers. We may receive compensation when you click on links to those products. Terms apply to the offers listed on this page. For an explanation of our Advertising Policy, visit this page.

In recent years, a frustrating new trend has added revenue for airlines at the passenger's expense — 3-4-3 seating on Boeing's 777, a plane that for decades offered at most nine seats across in the economy cabin.

At this point, though, "everyone is doing it" — squeezing an extra seat into every row of coach, that is. American Airlines has 3-4-3 seating on its new and retrofitted 777s, as does United, and so do top international carriers like Emirates and Qatar. Even long-time holdout Cathay Pacific is introducing 10-across seating on its 777s as part of a 3-year retrofit process.

One especially notable US carrier is bucking the trend, however. Delta, which just began flying its first retrofit 777-200ER on a long-haul route today, decided to maintain 3-3-3 in coach even after adding Delta One suites and Premium Select. As a result, seats measure 18.5 inches wide, compared with just 17 inches on many other carriers.

As you can see, that gives Delta one of the roomiest seats in the biz:

(Seat width based on current SeatGuru data for each airline's most up-to-date or commonly flown 777 variant.)

There are still fewer total seats than on United's new 3-cabin 777-200, since that plane can accommodate 50 in biz, compared to just 28 in Delta One. DL's premium-economy cabin is twice the size of United's though, with 48 seats, and Delta managed to fit more economy seats even without adjusting the width — there are 220 seats in economy on this retrofit plane, compared with 202 on United's.

The plane is on its way from Detroit (DTW) to Beijing (PEK) at the time of this writing on Monday, and I'm willing to bet all of those passengers sitting in the back are far more comfortable flying DL than they would be traveling on the competition. With the 3-3-3 arrangement maintained, this retrofit actually represents an upgrade over the old coach seats:

Now, while I generally don't go out of my way to fly Delta myself — I find the SkyMiles program to be far less rewarding than United's MileagePlus, though there are a few gems — if I were booking a seat in the coach cabin, I'd certain give preference to Delta, both in recognition of the carrier's generous move in maintaining 3-3-3, and my own desire to have a somewhat-comfortable ride on a long-haul flight. And you probably should as well.

TPG's Nick Ellis and Benji Stawski are currently on the first retrofit plane, so stay tuned for our detailed reviews of the Delta One Suite and Premium Select cabin to come later this week.