Articles
Darren Murph holds a Guinness World Record as the planet's most prolific professional blogger. He's an explorer at heart, having traversed nearly 50 countries and all 50 US states. He's flown over one million miles on Delta alone, and serves as a senior writer at TPG.
Follow
Dec. 20, 2018
•
5 min read 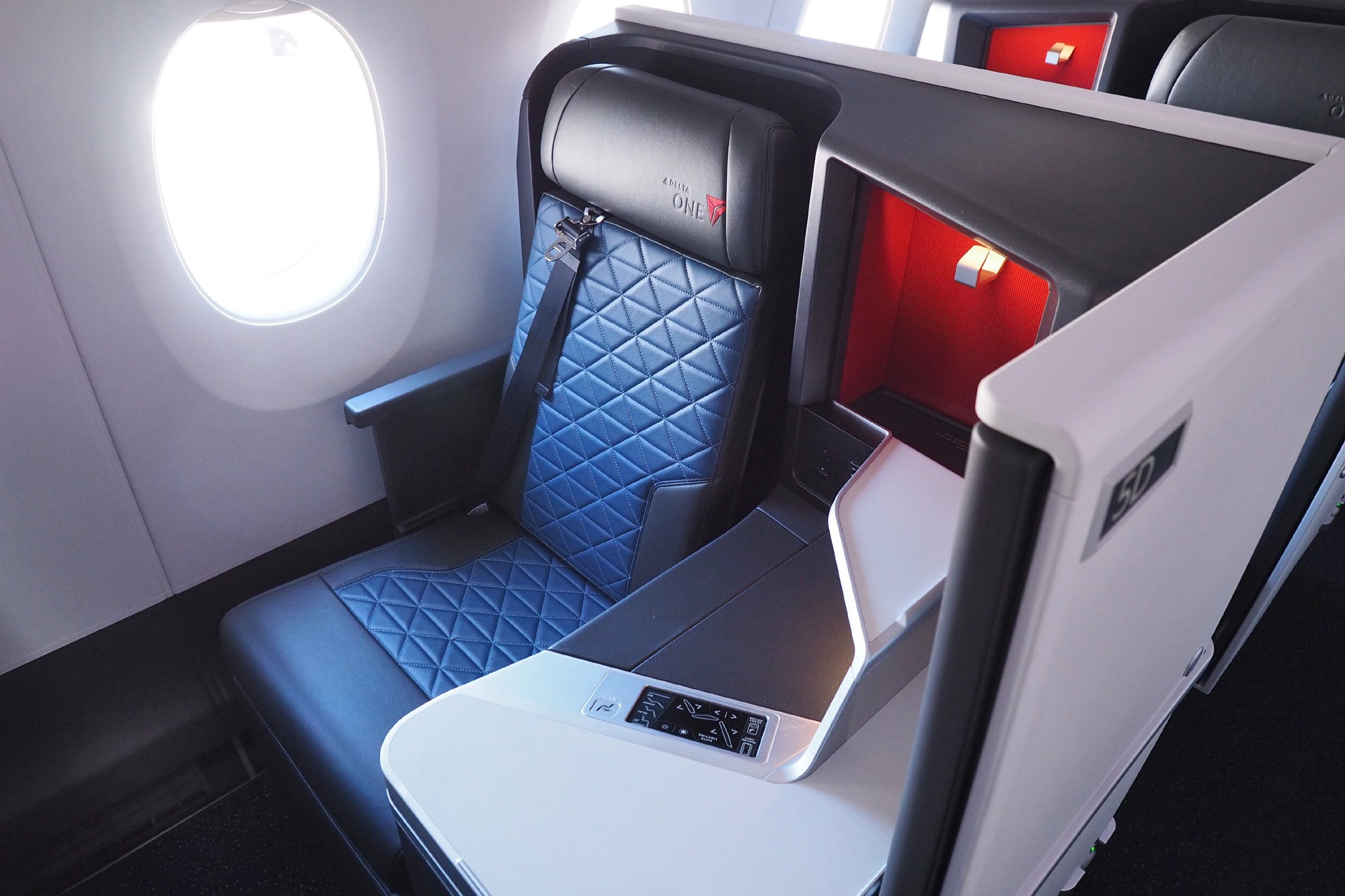 All Delta 777 and 767-400 Planes to Be Retrofitted With "Flagship" Interiors
This post contains references to products from one or more of our advertisers. We may receive compensation when you click on links to those products. Terms apply to the offers listed on this page. For an explanation of our Advertising Policy, visit this page.

The Delta One Suites that won us over on board the raccoon-eyed Airbus A350 (and a couple of refurbished Boeing 777s) will likely be making an appearance on the airline's full fleet of 777 and 767-400 aircraft.

Delta has confirmed that its fleet of 767-400 aircraft will undergo "mid-life interior modernizations beginning in 2019." They'll join the rest of Delta's 777-200ER/LR fleet, which are slated for refurbishments in Singapore. The updates will "bring them up to flagship standards through the design, integration and production of thousands of parts, and configuring the aircraft with new lavatories, IFE and lighting systems."

Flagship standards is the key phrase, suggesting that Delta One Suites will be installed in the forward cabin, with Premium Select — Delta's spin on premium economy — behind. It's unclear whether these refurbishments will include Comfort+ in addition to Main Cabin, but we'll update this article if we hear more. The only four-cabin Delta plane that matches that layout so far is the impending Airbus A330-900neo, slated for initial delivery in 2019.

Additionally, the carrier's Boeing 767-400 fleet will be blessed with its new wireless IFE system powered by Gogo Vision Touch. The system will save weight and space, but will also support faster updates as consumer tastes change and innovations are launched in the software space.

These units were installed on the Airbus A220 that I toured in Atlanta a few weeks back, which you can experience yourself once the A220 begins passenger service on Jan. 31, 2019.

What's unique about this set of refreshes is the company in charge. Rather than farming it all out, much of it will be handled in-house by Delta Flight Products. DFP is a “wholly owned startup” that began with 10 employees in 2016 and has evolved into a 230+ team today. Rick Salanitri, president at Delta Flight Products, admits that the airline "identified a huge opportunity to save time and manage risk by supplying a seamless, integrated solution for Delta’s most complex cabin upgrade programs."

"We can now design, manufacture, produce, refine and FAA-certify Delta interiors," Salanitri said, "which means Delta can control its own destiny."

Expect a lot of other bells and whistles to emerge from DPF, too. One such item is an overhead bin lift assist mechanism that's being installed across Boeing 777 aircraft. Delta Flight Products engineers partnered with Delta’s In-Flight Service, TechOps and Corporate Safety teams to customize and fit a proprietary mechanism to Delta’s 777 overhead bin system to reduce the lift force required to close the bin. To anyone who has ever attempted to close a fully stuffed 777 overhead bin, this is splendid news.

Delta won't publicly commit to the timing of these retrofits beyond a vague "2019," but we'll keep you posted as we learn more. Meanwhile, settle into our guides and reviews below for an idea of what's to come.