How a control tower works: Moving planes on the ground

Articles
Mike Arnot is the founder of Boarding Pass NYC, a New York-based travel brand and a marketing consultant to airlines. A private pilot, he can sometimes be found above the skies of New York City.
Follow
Oct. 21, 2019
•
7 min read 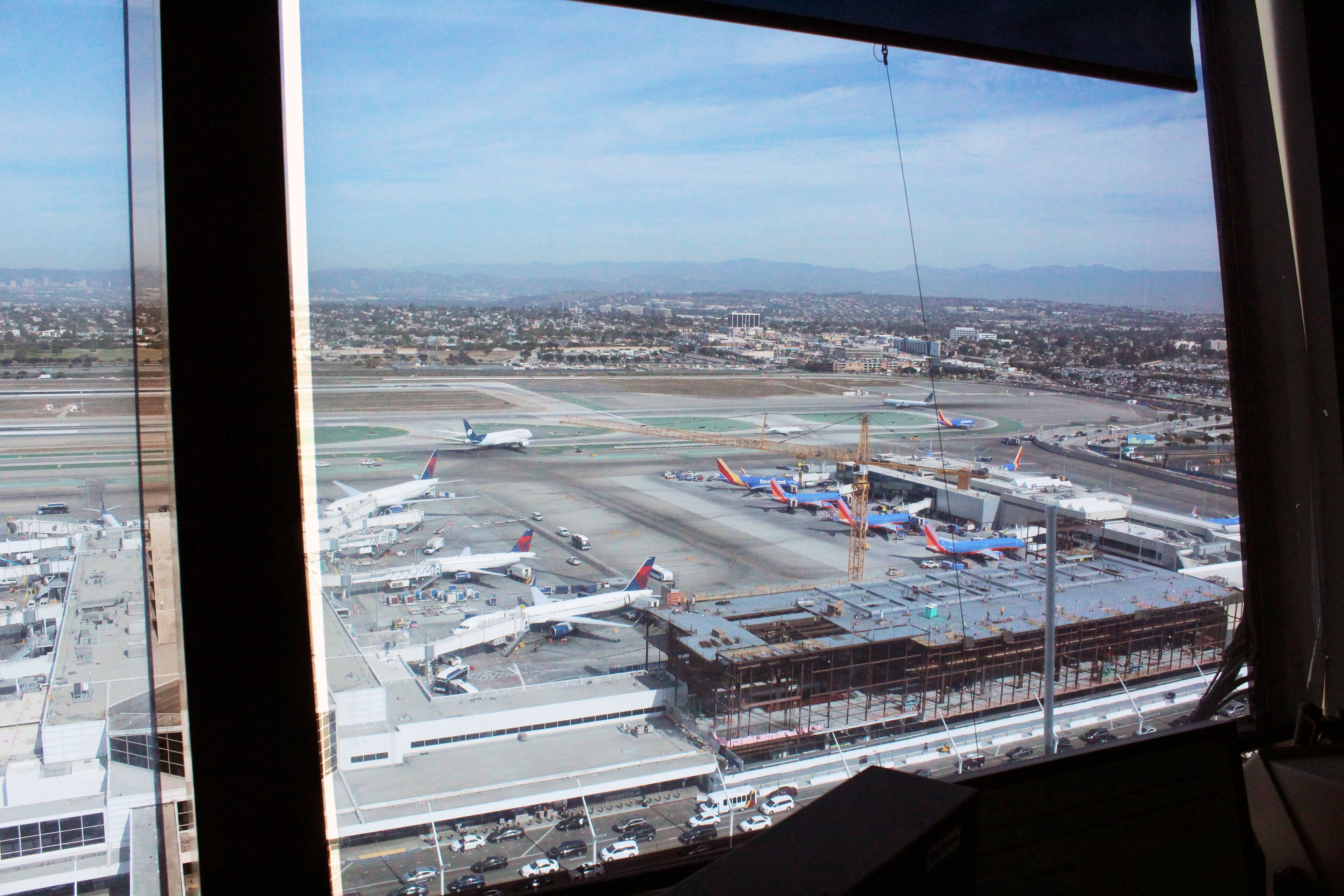 This article is the first installment of a two-part story about how control towers work. Part two covers how the tower controls takeoffs and landings.

As passengers, we board the plane, get seated and play with our smartphones, patiently waiting for that moment when the plane pushes back. However, behind the scenes, there's a lot of coordination with planes from around the world landing, departing, taxiing and just about to push back.

I recently visited the Los Angeles (LAX) control tower to learn how the puzzle pieces are coordinated to get the planes from the gate to the runway. The process is fascinating.

Prior to an aircraft pushing back from the gate, LAX Tower must issue a clearance of the airline's planned route and destination. 90% of commercial aircraft use a form of electronic “clearance delivery” which allows the controller and aircraft to communicate by computer. The tower can OK a requested route and the pilot can indicate compliance with the clearance with a click on their flight management computers. General-aviation aircraft (e.g. private jets) and many foreign carriers do not participate in this electronic system, so they will call up the tower on a special frequency, requesting clearance verbally. This clearance includes notice of the frequencies to monitor, initial projected direction of flight, altitude on departure and the confirmed routing.

Once the pilots have received this clearance, the aircraft will be given a time to push back from the gate. At this point in the process, the airlines deploy ground controllers of their own on the ramp to assist, rather than jam up the tower. These so-called "ramp towers" operate in non-movement areas. Although there is plenty of movement as planes are pushed back from the gate with tugs, it's an area not under the control of Air Traffic Control (ATC.) At LAX, United, Delta, American and Alaska all control the movement on their own aircraft near the gate. This system makes sense; the tower controllers are quite far away from the action to be able to supervise aircraft pulling in and out of gates. And these non-movement areas are tight, even at large airports like LAX.

Once the plane is pushed back, the pilots will contact the LAX Tower's ground controllers on one of a number of radio frequencies depending on where their aircraft is situated on the ramp.

Up in the tower, the flight information is printed on a small strip of paper. The ground controllers organize the flights on these strips of paper like a puzzle. They’ll electronically scan a bar code on the strip, which loads the information on a screen in front of them. They shuffle strips on their desk to keep track of aircraft movements. It’s still decidedly low-tech, but a system that works. One controller will transfer responsibility for the aircraft along the chain, and the paper signifies that transfer.

The ground controller will assign a route for the aircraft to taxi, which depends on where the aircraft starts on the ramp, its wingspan, and where she’s heading. (You can follow along on your route, watching for the taxiway markings along the route.) Some aircraft, such as the Boeing 777-300ER, the A380 and the Boeing 747-8, are too large for some taxiways, so they have special taxi routes designated for them. This adds to the complexity of getting so many aircraft from the gate to the runway without clipping wings.

Sometimes, aircraft from a particular gate will request a route that requires them to cross to the other side of the field. At LAX, this takes place on taxiway Q and S (seen in the middle of the airport diagram above). In this case, a ground controller on one side of the tower will physically walk the flight strip over to his colleague on the opposite side of the cab, remaining at all times hooked in to their radio.

At LAX, the tower is in the middle of four sets of parallel runways. As the plane begins to taxi across the field to the other side of the airport, so goes the strip, as described above.

Once the aircraft is nearing a runway, the ground controller will physically pass the strip to the local, tower controller.

And by pass, I mean flick the strip down a long table to the local controller, like quarter football.

The Federal Aviation Administration is working on electronic paper strips, rolling out the transition from tower to tower over time. LAX is slated to go live with the system in 2021. But these paper slips have been tried and true for decades.

Finally, the local controller will issue the takeoff clearance to the pilots.

In the image above, American Airlines 4 (an A321T on the way to JFK) has pushed back, leaving the gate at 11:31 AM. The American ramp tower will have controlled the movements of this aircraft to this point, after which the American pilot will call up the tower requesting taxi instructions.

Already on a taxiway and nose to nose, you'll see Air Canada 573 (an Airbus A319 on the way to Vancouver) and Alaska 1899 (an Airbus A320 on the way to SFO). The Air Canada jet pushed back earlier than Alaska and has an earlier departure time; ground control called for it to taxi out with the Alaska plane following behind. Each plane departed on runway 24L, making a right turn northbound after takeoff.

Ground control is a highly coordinated, moving puzzle; this is how the puzzle is made.

Mike Arnot is the founder of Boarding Pass NYC, a New York-based travel brand, and a marketing consultant to airlines, none of which appear in this story.

Related stories
Hurricane Ian intensifies as it takes aim at Florida's Gulf Coast, with several Florida airports closing
From Mexican and Spanish to Puerto Rican cuisine, here are some of the best Hispanic restaurants in the US
Major Florida airports suspend operations ahead of Hurricane Ian
How to apply for an Amex business card

Our points-obsessed staff uses a plethora of credit cards on a daily basis. If anyone on our team wouldn’t recommend it to a friend or a family member, we wouldn’t recommend it on The Points Guy either. Our opinions are our own, and have not been reviewed, approved, or endorsed by our advertising partners.
See all best card offers
Related stories
News
Hurricane Ian intensifies as it takes aim at Florida's Gulf Coast, with several Florida airports closing
Guide
From Mexican and Spanish to Puerto Rican cuisine, here are some of the best Hispanic restaurants in the US
News
Major Florida airports suspend operations ahead of Hurricane Ian
Guide
How to apply for an Amex business card