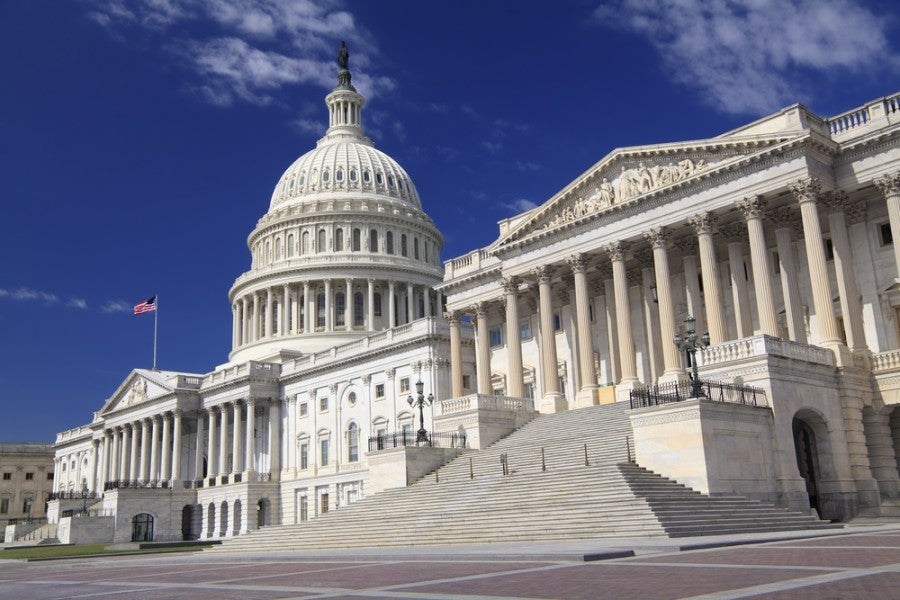 Congress, once again, to weigh making hotel resort fees illegal
This post contains references to products from one or more of our advertisers. We may receive compensation when you click on links to those products. Terms apply to the offers listed on this page. For an explanation of our Advertising Policy, visit this page.

The battle over resort fees is once again entering the halls of Congress.

Traveler frustration with these fees has been growing, and several state attorney generals are fighting the added costs in the courts. Now, federal lawmakers are taking action.

This is the first legislation aimed at killing resort fees introduced in Congress since 2016.

The bill maintains that "advertising that does not reflect the true mandatory cost of a stay at a place of short term lodging is deceptive."

The bill specifically goes on to state that: "No person with respect to whom the Federal Trade Commission is empowered under section 5(a)(2) of the Federal Trade Commission Act (15 I.S.C 45(a)(2)) may advertise in interstate commerce a rate for a place of short-term lodging that does not include all required fees, excluding taxes and fees imposed by a government." The FTC (which has said resort fees are harmful to consumers) is empowered to enforce the rule; the legislation also empowers state attorneys general to bring civil actions on behalf of residents of the state in an appropriate district court of the United States.

Consumer advocacy group Travelers United has been leading the effort to get the bill introduced and supported in Congress.

“This is a monumental bill for American travelers," said Lauren Wolfe, counsel for Travelers United. "Not only will this bill require upfront disclosure of all fees in the advertised price of a hotel room, but it will require the same for short-term rentals. Congress has a real opportunity here to pass a bipartisan, common-sense bill on behalf of American consumers."

Resort fees -- and associated mandatory fees like destination fees and amenity fees -- have come under the spotlight in 2019. Just this month, a class-action lawsuit was filed in the U.S. District Court for the Southern District of California against Marriott alleging that resort fees amounted to a drip pricing scheme. Marriott is also currently being sued by the attorney general of Washington, D.C., over resort fees, and Hilton is being sued by the attorney general of Nebraska over what he alleges are "deceptive and misleading pricing practices and failure to disclose fees."

“This summer, we witnessed a record number of Americans take the opportunity to travel. Unfortunately, this also meant a record number of travelers were subjected to deceptive hidden fees charged by hotels, motels, and other places of accommodation,” said Congresswoman Johnson. “It is projected that in 2019, over three billion dollars in revenue alone will be collected from consumers due to these hidden fees. Consumers should be able to enjoy their vacation without being ripped off and financially burdened. This bill would require that the prices advertised by hotels and online travel agencies must include all mandatory fees that will be charged to a consumer, excluding taxes.”

We've covered the 10 worst resort fees -- and more importantly, how to avoid resort fees -- but if there is any hope of resort fees becoming illegal, this bill has a long way to go. It must first be passed by the House Committee on Energy and Commerce before it would go to a full House vote. That would be followed by the same process in the Senate with a bill being introduced and voted on, and then a jointly-agreed upon bill being forwarded to -- and signed into law -- by the president.

The whole House process starts with the Consumer Protection and Commerce Subcommittee, which will bring its findings on the bill to the full Energy and Commerce Committee for consideration.

While it's unclear how far this bill will advance, frequent hotel guests are sure to cheer its introduction and hope it becomes law.

Featured image by Senator Dick Durbin added a late amendment to Dodd-Frank that would change personal checking accounts across the country. Photo courtesy of <a href="http://www.shutterstock.com/cat.mhtml?lang=en&amp;language=en&amp;ref_site=photo&amp;search_source=search_form&amp;version=llv1&amp;anyorall=all&amp;safesearch=1&amp;use_local_boost=1&amp;autocomplete_id=143485988256124400000&amp;searchterm=us%20capitol&amp;show_color_wheel=1&amp;orient=&amp;commercial_ok=&amp;media_type=images&amp;search_cat=&amp;searchtermx=&amp;photographer_name=&amp;people_gender=&amp;people_age=&amp;people_ethnicity=&amp;people_number=&amp;color=&amp;page=1&amp;inline=193931348" target="_blank">Shutterstock</a>.