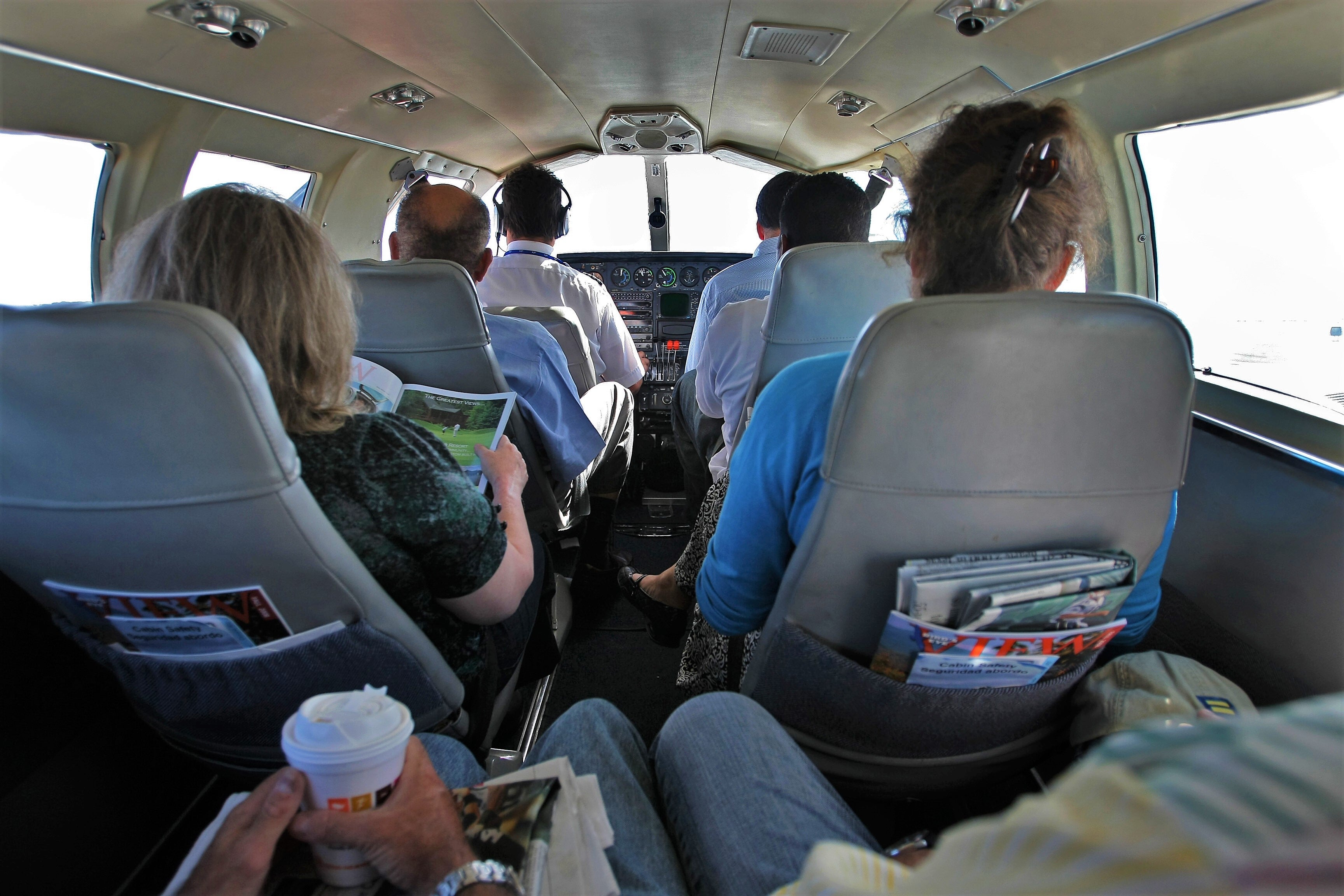 Commercial Flights in a 9-Seat Piston-Engine Cessna Launching Next Week at New York's JFK
This post contains references to products from one or more of our advertisers. We may receive compensation when you click on links to those products. Terms apply to the offers listed on this page. For an explanation of our Advertising Policy, visit this page.

New York's JFK is one of the busiest airports in the world, hosting airlines and cargo operations to and from all around the globe. But, starting next week, one of the airport's coveted landing slots will go to a commercial flight with just nine seats on-board.

That's right, the airport that's better known for Airbus A380s up to 516 seats (Air France) will soon also handle daily operations from a piston-driven Cessna 402C. Cape Air is launching daily service between New York's JFK and Nantucket (ACK) from October 23, 2018, through May 28, 2019. As a close JetBlue partner, Cape Air will operate out of JetBlue's Terminal 5.

The tiny plane isn't just going to look out of place on the ground at New York's JFK, but it also could be a logistical challenge for the airport. Air Traffic Control might struggle to work an aircraft that tops out at 266 mph into the normal approach pattern with aircraft that can go much faster. Instead, ATC might have to direct the plane to take a unique approach into the airport and cut in front of the line of arrivals.

There are other considerations too when dealing with such a large size difference, including jet wash on the taxiway and wake turbulence from much-larger aircraft taking off in front of the tiny plane.

That said, this flight option opens an incredibly unique opportunity for passengers. Cape Air only utilizes one pilot for its Cessna flights, so, as is casually mentioned on Cape Air's seat map, the other pilot's seat is "also used for passengers":

That means you could have a front-row view of the madness of JFK out the cockpit window of the plane. But, it's not just the passenger sitting in the co-pilot seat that will have a good view — eight of the nine passenger seats have a window. Since the aircraft is unable to operate higher than 26,900 feet in altitude and will likely operate at a much lower altitude, combined with the twin-engine aircraft's slow speed, the flight could feel more like a sightseeing flight than a commercial flight.

But since it is a commercial flight, you'll use the airport's standard facilities — including airport security. But, the good news for passengers utilizing this service: Cape Air is a TSA PreCheck airline. In fact, it was one of the first 16 airlines to join the program, joining back in May 2016. If you don't already have TSA PreCheck, you'll get the registration fee reimbursed by these credit cards. Unfortunately though, even if you have a credit card with lounge access, the only lounge previously in Terminal 5 — the Airspace lounge — has now closed.

Price: The downside of the Cape Air experience is that it's not going to come cheap. The last-available seat on the inaugural flight from New York's JFK to Nantucket costs $499 one-way. Or, you can cut this price to $449 by booking a one-way from JFK to Hyannis (HYA) via Nantucket (ACK):

If you're looking further down the schedule, currently the cheapest one-way price on this Cape Air route is $249 — which is available most dates during the seasonal operation. There's no discount for booking a round-trip flight.

This sharply contrasts with the price for the same route the day before service switches, going from a 100-seat JetBlue Embraer RJ-190 to the 9-seat Cape Air Cessna 403C. The last two flights of the JetBlue service currently cost just $65 for the one-way nonstop.

The JetBlue option isn't just cheaper, but also offers free Wi-Fi and live TV — neither of which the Cape Air Cessna will offer. Also, since it uses a much-quicker aircraft, the JetBlue flight is only scheduled for 1:07 hours vs. 1:42 hours for the Cape Air flight.

Using Miles/Points: American Airlines, JetBlue and United are mileage partners of Cape Air. However, there currently aren't any options to book this route with miles. AAdvantage only allows you to redeem AA miles for certain Cape Air flights to/from St. Louis (STL), while JetBlue is showing this route as "sold out" on all dates. And, although United says "you can book award travel on Cape Air through united.com," there aren't any available award options for the entire October-May schedule.

That leaves using a mileage portal like Chase or Citi as your only options to use points or miles. If you have the Chase Sapphire Reserve, you can book the one-way inaugural for 33,266 Chase Ultimate Rewards points, or one of the cheapest date options for just 16,600 points:

Finally, you could use miles from a card such as the Capital One Venture Rewards Credit Card to "erase" the charge for the flight from your statement, as long as it's within 90 days of purchase. The Venture card earns 2 miles per dollar spent on all purchases — plus 10x miles at Hotels.com when booked and paid via Hotels.com/venture through Jan. 31, 2020 — and every mile is worth 1 cent, so the $249 ticket would cost 24,900 Venture miles to completely erase from your Venture statement.