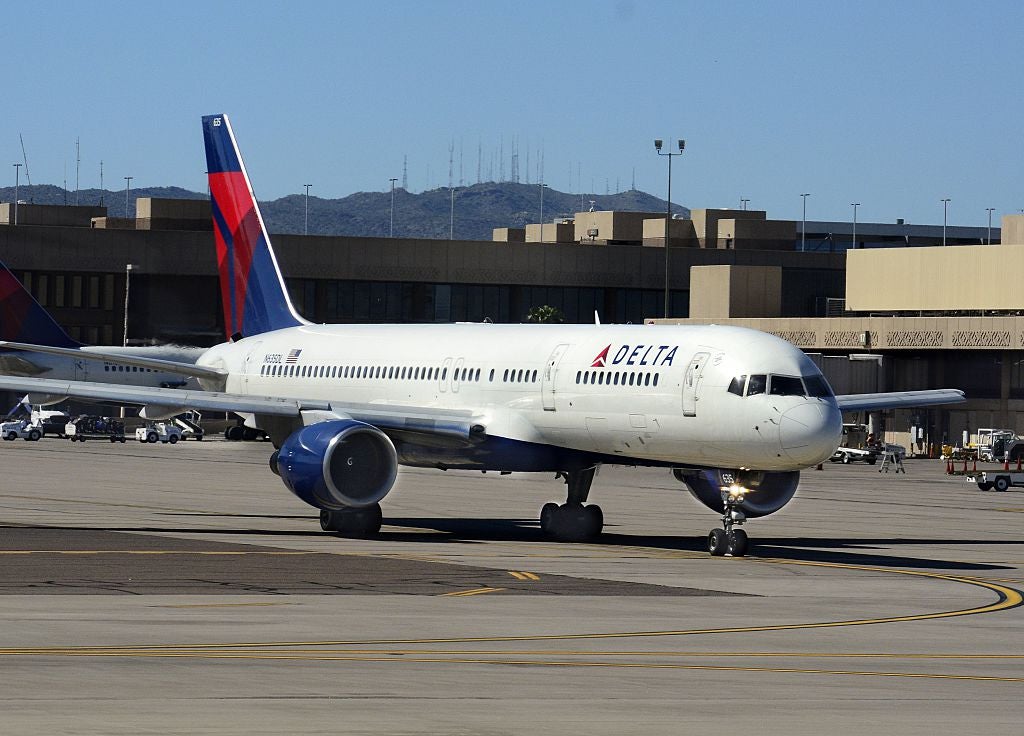 4 Passengers Kicked Off Delta Flight After Cell Phone Dispute
This post contains references to products from one or more of our advertisers. We may receive compensation when you click on links to those products. Terms apply to the offers listed on this page. For an explanation of our Advertising Policy, visit this page.

Four passengers were forced off a Delta flight leaving Fort Wayne, Indiana (FWA) on Saturday, following a dispute over putting a cell phone in airplane mode.

Robyn Rodgers posted on Instagram that she was "unfairly ejected" from Delta Flight 4527 to Atlanta (ATL), operated by SkyWest Airlines, after a spat with a flight attendant over her phone's airplane mode setting. Rodgers writes that just before takeoff, a Delta flight attendant "rudely" told her to put her phone into airplane mode, then stood "menacingly" over her as she swiped to change her phone's settings.

“I know how to turn on airplane mode, you don’t have to stand over me,” Rodgers told the flight attendant, according to her Instagram post. The post continues to say that the flight attendant told Rodgers, “If you’re gonna act like that we can go back to the gate and you can get off.”

"I held up my phone to show her that airplane mode was on," the post reads. Rodgers then says the flight attendant went to the front of the plane — presumably to ask the captain's permission to eject passengers, and then came back to inform Rodgers the aircraft would be returning to the gate, where she would be escorted off. According to Rodgers' version of events, the flight attendant then accused her of not putting her phone in airplane mode despite being asked multiple times.

When the plane arrived back at the gate, a law enforcement officer boarded and escorted Rodgers off the aircraft, along with fellow passengers who chimed in to defend Rodgers. "4 adults and a little boy were ejected permanently from the flight and stranded in Indiana with no place," Rodgers writes.

A video taken by a passenger on board and included in the Instagram post shows Rodgers and the flight attendant mid-dispute. A male passenger seated behind Rodgers can also be heard defending her version of events to the flight attendant. An additional video shows an airline employee explaining that Rodgers was ejected from the flight because the attendant felt "unsafe."

Many commenters on the Instagram thread suggest that there might have been a racial component to the incident.

A SkyWest spokesperson told CBS' Fort Wayne affiliate: "We take all allegations of discrimination seriously and are reviewing reports from SkyWest flight 4527 operating as Delta Connection. We are disappointed that our customers had this experience and are working with our partner Delta to follow up directly with the customers involved."

In a follow-up Instagram post on Thursday, Rodgers says she still has not been contacted by Delta.

TPG reached out to both SkyWest and Delta Air Lines for more information but did not receive a response by time of publication.