Carnival delays debut of its biggest ship ever 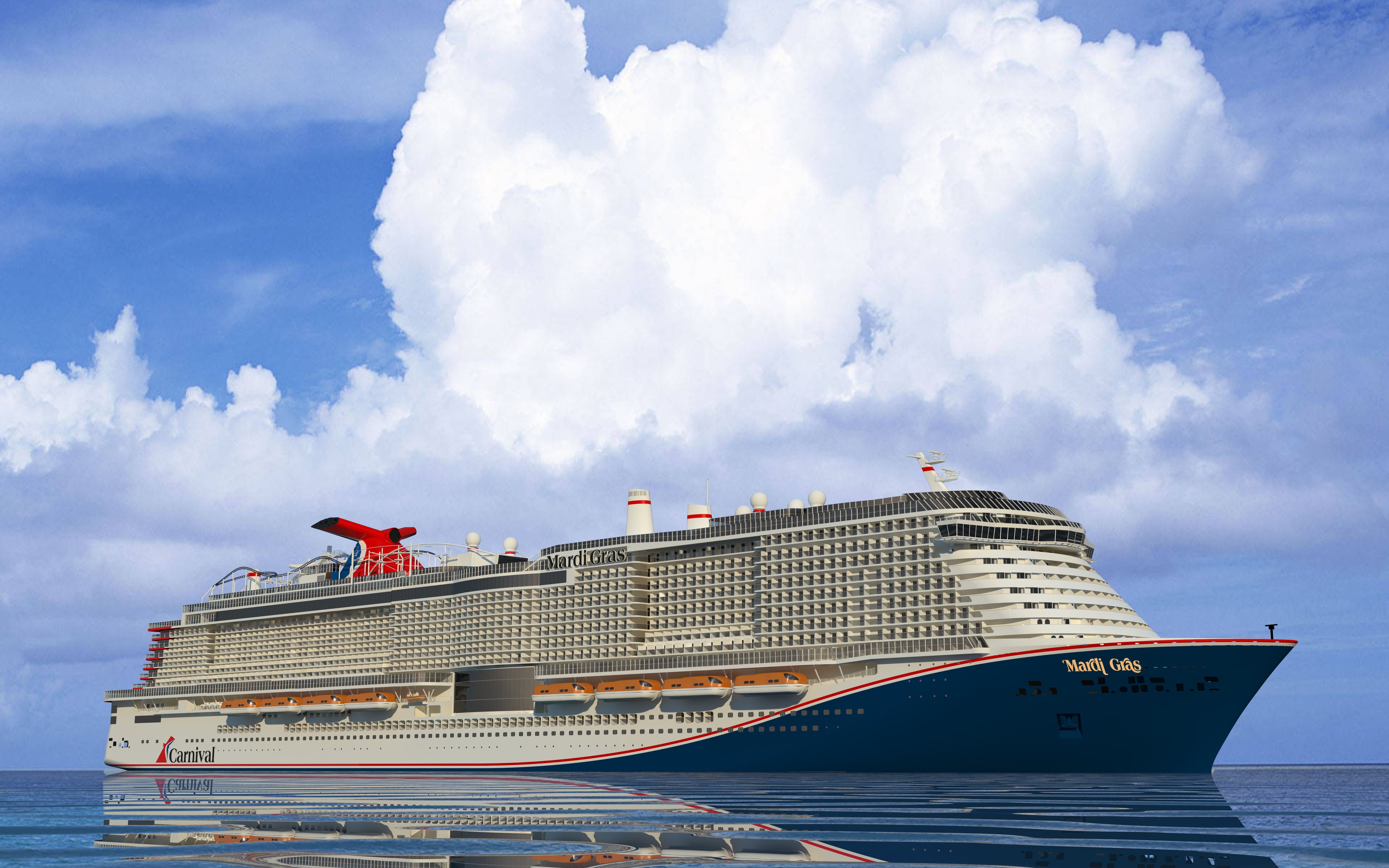 Carnival delays debut of its biggest ship ever
This post contains references to products from one or more of our advertisers. We may receive compensation when you click on links to those products. Terms apply to the offers listed on this page. For an explanation of our Advertising Policy, visit this page.

One of the most significant new cruise ships scheduled to debut in 2020 has been delayed.

Currently under construction at the Meyer Turku shipyard in Turku, Finland, the much-anticipated vessel had been scheduled to begin standard voyages on Aug. 31.

Carnival said the first eight sailings of the ship have been canceled. The canceled trips include Mardi Gras’ inaugural voyage out of Copenhagen, Denmark; a transatlantic crossing to New York; two New York-based itineraries and four sailings out of Florida’s Port Canaveral.

Carnival isn’t saying much about the reason for the delay other than the shipyard needs more time.

"We have been working closely with Meyer Turku executives to keep the Mardi Gras delivery on schedule, and while we deeply regret disappointing our guests, this change in the delivery date is required to make sure all of the ship's systems, features and technology will be fully operational,” Carnival’s senior vice president of newbuild, Ben Clement, said in a statement.

Clement said the change was necessary to “give our guests the vacation they expect.”

Mardi Gras is the first of a new series of bigger Carnival ships designed to take the line’s “Fun Ship” shtick to a new level. The vessel has been getting a lot of buzz over the past year as the first cruise ship that’ll have its very own deck-top roller coaster. It’ll also have a far broader array of suites than earlier Carnival ships and new dining venues such as the first Emeril Lagasse restaurant at sea. It’s also notable as the first ship from a North America-based line designed to operate on liquid natural gas. The fuel is touted as being cleaner than traditional ship fuel.

At 180,000 tons, Mardi Gras will be nearly 35% bigger than Carnival’s just-unveiled Carnival Panorama, and the biggest new ship to debut from any line in 2020. It’ll be the seventh biggest cruise ship ever built.

Carnival hasn’t said how many customers are affected by the cancellations, but the number could be in the thousands or even tens of thousands. The line has been selling the trips for nearly a year.

Mardi Gras is designed to hold up to 6,630 passengers per sailing with every berth filled.

Carnival is offering affected passengers a full refund, plus a credit for a future cruise equal to 25% of what they originally paid. Those who rebook by Feb. 18 will get an additional $100 per person in onboard credit.

The line is also assisting with changes to nonrefundable airline tickets and hotel reservations booked in conjunction with the canceled cruises. The line said it's already begun notifying affected customers.

The delay is just the latest for a notable new cruise ship over the past year as the growth of the cruise industry results in backups at some shipyards. Start-up line Ritz-Carlton Yacht Collection recently pushed back the debut of its first vessel, the 298-passenger Evrima, by four months. Also significantly delayed over the past year was the first ocean vessel for luxury purveyor Scenic Luxury Cruises & Tours, and a groundbreaking new expedition-style vessel from Hurtigruten.

That said, most major new cruise ships that have debuted over the past year (including vessels from Princess Cruises, Holland America Line, MSC Cruises and Norwegian Cruise Line) have arrived on time. Carnival’s most recent ship, Carnival Panorama, also debuted as scheduled. It was christened just last week by Wheel of Fortune’s Vanna White in Long Beach, California.

Colleen McDaniel, editor-in-chief of Cruise Critic, the leading online cruise review site, said Carnival fans booked on the canceled Mardi Gras sailings surely will be disappointed. But, it’s better to delay the deployment of a ship that’s not quite ready than rush it out unfinished, she suggested.

“For cruise enthusiasts, booking the first cruise on a brand-new ship is a big deal. It’s a chance to try the latest and greatest that the line has to offer,” McDaniel explained. “That said, new ship launches are an enormous undertaking for cruise lines and shipyards, and it’s important that the ships are able to deliver as close to the expected experience as possible — and sometimes that means delays are necessary, if the guest experience has the potential to be significantly affected.”

Mardi Gras’ new first sailing on Nov. 14 will be a seven-night voyage to the Western Caribbean out of Port Canaveral. The ship will stop at Mahogany Bay, Honduras; and Costa Maya and Cozumel, Mexico.