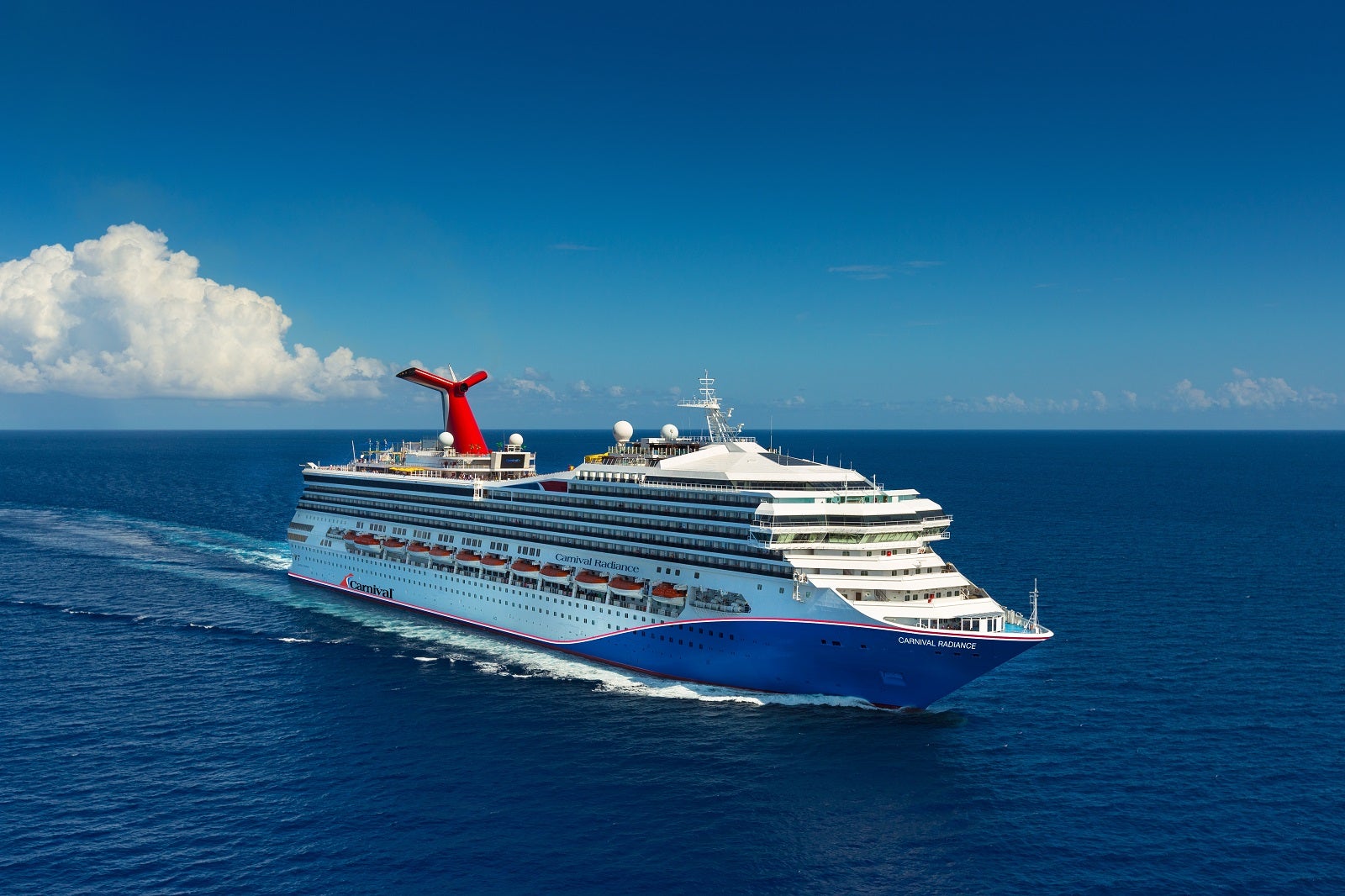 Carnival Corporation CEO won't rule out brand sales to raise cash
This post contains references to products from one or more of our advertisers. We may receive compensation when you click on links to those products. Terms apply to the offers listed on this page. For an explanation of our Advertising Policy, visit this page.

Could cruise giant Carnival Corporation sell one or more of its nine brands to raise cash?

The top executive at the company on Friday wouldn't rule it out.

"We're very pleased with our portfolio of brands," Carnival Corporation President and CEO Arnold Donald told Wall Street analysts during a conference call to discuss quarterly earnings. "Having said that, our job is always to keep an open mind and do what's best for the shareholders."

Donald's comments came in response to a question from Patrick Scholes, a managing director at Truist Securities who analyzes cruise companies for investors.

Scholes asked Donald about Carnival Corporation's willingness to sell brands to shore up its balance sheet — a question that has been swirling in cruise circles in recent months.

Carnival Corporation's balance sheet has deteriorated markedly over the past two years as the company has lost billions of dollars due to COVID-19 pandemic-related disruptions to its operations.

Prior to Friday's conference call, Carnival Corporation announced it had lost $1.83 billion in the three months ending May 31 — the latest in a long string of massive quarterly losses.

The world's biggest cruise company has only been able to stay afloat during the COVID-19 pandemic by issuing an unprecedented amount of debt at relatively high interest rates. As of May 31, the total amount of debt on the company's balance sheet had ballooned to $35.1 billion from less than $12 billion at the start of 2020.

The interest on the debt alone is costing the company more than $120 million a month.

In April, Scholes raised the possibility that Carnival Corporation could sell the Seabourn brand, which specializes in luxury cruises, or the Holland America brand in a research note to investors. Financial network CNBC last month reported that Carnival Corporation was in preliminary talks to sell the Seabourn brand to the Saudi Arabia sovereign wealth fund, citing unnamed sources familiar with the situation.

The president of a cruise brand not owned by Carnival Corporation told TPG late last year that the Seabourn brand was for sale.

Seabourn President Josh Leibowitz would not comment recently when TPG asked during a one-on-one interview if the brand was for sale.

In answering Scholes on Friday, Donald added that Carnival Corporation would "evaluate any and all options" for the company, including a sale of brands.

"But we're only going to do what makes sense for the shareholders, given our projections of opportunity given the portfolio we have," he said.

Cruise companies have been hit particularly hard by the COVID-19 pandemic.

All nine of Carnival Corporation's brands shut down operations completely in March 2020 due to the COVID-19 pandemic and stayed shut down for many months, resulting in billions of dollars in lost revenue. When the brands restarted operations, they only restarted with a few ships; they have been slowly bringing back more.

During the last quarter, about 74% of Carnival Corporation's fleet capacity was back in operation, up from 60% in the previous quarter, the company said Friday.

Carnival Corporation's ships sailed 69% full during the last quarter, up from 54% full in the preceding quarter, the company added. While an improvement, that's significantly below the normal occupancy levels seen at the company.

Carnival Corporation ships typically sail at or a bit above 100% occupancy — something possible when more than two people stay in some cabins.

Donald noted during the conference call that bookings at Carnival Corporation brands had grown strongly during the last quarter and occupancy levels had bounced back even more since the quarter ended on May 31 — to nearly 80% as of this month.

That said, the company does not expect to get back to normal occupancy levels until 2023.

Related: One of world's biggest cruise ships to be scrapped before it ever sails

Donald and other Carnival Corporation executives on the conference call said bookings for the company's sailings in North America were bouncing back particularly strongly, with a lot of interest in "close to home" voyages. Consumer demand in Europe was "more challenged," as Donald put it.

The differential was partly behind the company's announcement this week that two big ships from its Europe-based Costa brand would be transferred to its Carnival brand to operate in North America under a new "Costa by Carnival" moniker.

Carnival Corporation also announced a few days ago that a third Costa ship would be transferred to Carnival to operate in Australia for cruises aimed at Australians.

It's "part of a right-sizing of Costa for what we see as a European environment which is complicated not only by COVID and macroeconomic conditions [but] ... the invasion of Ukraine," he said. "So we're reallocating [ships] to brands that have stronger demand, that are in a stronger position. That's one of the beautiful things — [that] our assets are mobile."

Carnival Corporation CFO David Bernstein later noted that the Costa brand also had been hurt by the ongoing closure of China to cruise ships due to the country's strict COVID-19 policies. Costa in recent years has deployed multiple ships to China.

"With that market at the moment closed, rather than take all of that capacity and put it in Europe, we created a new market for the Carnival guest [with Costa by Carnival] which we think will expand the market here in North America," Bernstein said.

Since the start of 2020, Carnival Corporation also has sharply cut the size of the fleets at some of its brands to cut costs. The company has announced the early retirement of 23 vessels since early 2020, when it had 104 ships across its nine brands.

Featured image by (Photo courtesy of Carnival Cruise Line)
Editorial disclaimer: Opinions expressed here are the author’s alone, not those of any bank, credit card issuer, airline or hotel chain, and have not been reviewed, approved or otherwise endorsed by any of these entities.