Is it ethical to fly business class in light of the climate crisis?

Articles
David Slotnick is a senior aviation business reporter at TPG. He covers anything and everything to do with the business of running an airline.
Follow
April 19, 2022
•
7 min read 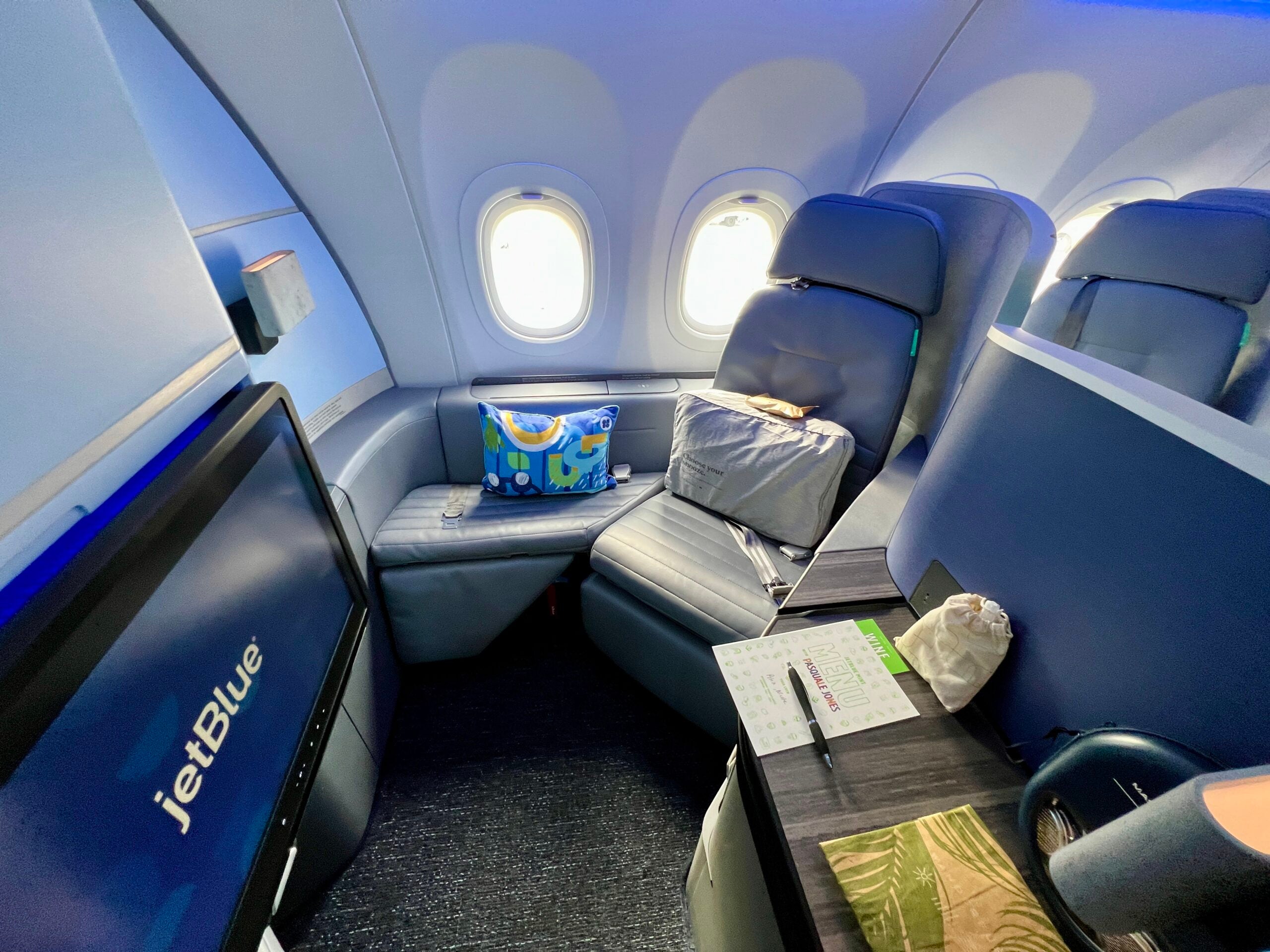 Welcome to Sustainability Week on The Points Guy. In honor of Earth Day on April 22, we’re publishing a series of articles focusing on the people, places and companies that are making travel more environmentally friendly and what you can do to make your next trip more sustainable. The following story is part of this series.

Like just about anyone else who's ever been able to fly "up front," I like to sit in business class. However, lately I've been thinking more about the cost of doing so from a climate-related perspective.

My introduction to points, miles and credit card rewards came after a red-eye flight in coach where I suffered from a severe lack of sleep. I was miserable, so much so that I became determined to find a way to afford a lie-flat seat so that I wouldn't find myself in that predicament as much when I traveled long-haul.

As someone who travels fairly often for both my job and personal reasons, I recognize that my carbon footprint is quite large, even though I try and reduce it where I can.

As I attend airline industry events and constantly hear about emission reduction targets to address the 3-4% of global emissions currently attributed to commercial aviation, I've found my mind wandering to the big seats up front.

The implications of frequent travel are obvious enough, but a significant number of people would have to refrain from flying to cause airlines to use smaller planes or run fewer flights.

If you're flying anyway, is it unethical to do so in a way that increases your carbon footprint? Also, how much of a difference does sitting in business class versus economy even make?

I spoke with Dan Rutherford, the director of aviation and shipping-related research at the International Council on Clean Transportation (a think tank that shares technical, scientific analysis with those who enforce environmental regulations), to find out.

The ICCT compiled a report analyzing carbon dioxide emissions from commercial aviation from 2013, 2018 and 2019. The findings were eye-opening.

Passengers seated in business class are responsible for 2.6 to 4.3 times more emissions than if they fly in coach, according to Rutherford. The results are based on the floor space taken up by each passenger, along with weight considerations and other factors.

However, it's not like airlines are going to start flying less or getting rid of their high-yielding business-class cabins.

Decarbonizing the transportation sector is crucial in order to address the worsening climate crisis. The question is, how can we hope to do so without destroying transportation industries or causing catastrophic economic damage?

Recognizing that simply reversing the growth of travel is not a feasible option, the ICCT focuses on developing new technologies and improving efficiency wherever possible.

"Our mission is to improve the environmental performance and energy efficiency of road, marine and air transportation in order to benefit public health and mitigate climate change," the organization indicates on its website. Performance improvement will be key, but so will understanding exactly what those emission numbers mean and how air travel results in them.

Looking at the overall system

While the ICCT's findings initially seem to suggest more harm is done by sitting in business class rather than coach, the real-world implications are not as straightforward.

"Where you sit on the plane, fundamentally, is not going to change the emissions of that flight," Rutherford shared. "The plane doesn't really care whether you as an individual are sitting in economy or business class."

The way premium cabin seating actually does make a difference relates to the demand for those seats and what that encourages, Rutherford explained.

The high profitability of business-class seats incentivizes airlines to add more upgraded seats and fit fewer people on board than what each plane can accommodate. If airlines were to do away with premium cabins, they could use smaller, more efficient planes for the same overall number of passengers or even operate fewer flights on a given route by fitting more passengers onto each of the remaining flights.

So, the impact of premium cabin seats on overall emissions is a systemic question, not really an individual one. However, an individual who chooses to fly up front is implicitly propping up the current system.

"The general idea is that if everyone flew economy, we'd move towards denser [overall] seating and lower emissions per passenger," Rutherford said.

However, this would have additional consequences that could offset some of the improvements being made.

"For example, if you had just a pure people carrier, one-class seating for a long-haul flight, you'd probably end up bumping off some belly freight," Rutherford explained. This would likely lead to some cargo needing to be offloaded and carried some other way, since most long-haul commercial flights carry freight in their cargo holds in addition to customers' luggage, which would increase in volume with a rise in number of passengers.

There are no easy answers, it turns out.

Should you change your travel habits?

"If you turn right and go to economy class, it's like you're choosing a hybrid car," Rutherford said. "If you get on a plane and turn left into business class, it's like choosing an SUV." Either way, you're driving a car that inherently generates emissions, sometimes in an area where you don't have access to public transportation and therefore must drive to live your life and get to work.

Rutherford is upfront about this. While his job involves helping find ways to decarbonize aviation, he's quick to admit that he regularly flew in the U.S. and abroad for work and leisure before the pandemic. In the mobile and global society we live in, simply not traveling or shipping items isn't an option.

That's why Rutherford and ICCT say their focus is on finding actual implementable ways to move away from fossil fuels and reduce emissions instead of calling on the public to forgo flying.

"It's about developing the technologies to decarbonize aviation, and part and parcel of that is figuring out who will pay for that," Rutherford said. "People who fly tend to be — globally — wealthy. We should be able to pay for this, to figure this out. It's sort of a collective action problem."

"I do see aviation as essential," he added. "And I do think technology can deliver. We just need to figure out [how to build it and] how to pay for it in an equitable way."

Related: Take a look at the new Alaska Airlines 737 MAX that Boeing is using as a flying laboratory

Whether to fly at the front of the plane — assuming that's an accessible option to you through work travel, cash or points and miles — is ultimately a personal decision. Unfortunately, there is no clear answer on the ethics of it, and that's something you need to decide for yourself.

Ideally, the framework offered by ICCT can help you decide, but just remember that one way or another, we must all do our part to find a way to decrease emissions throughout the travel industry.

That said, in the most immediate term, that business-class seat will be on that flight whether you choose to sit in it or head toward the back of the plane.

Featured image by JetBlue Mint Studio. (Photo by David Slotnick/The Points Guy)
Editorial disclaimer: Opinions expressed here are the author’s alone, not those of any bank, credit card issuer, airline or hotel chain, and have not been reviewed, approved or otherwise endorsed by any of these entities.