Articles
Zach Honig is Editor-at-Large at TPG, with contributions ranging from articles digging deep on loyalty programs and credit cards to delivery flight coverage to drone photography and much more.
Follow
May 27, 2018
•
3 min read 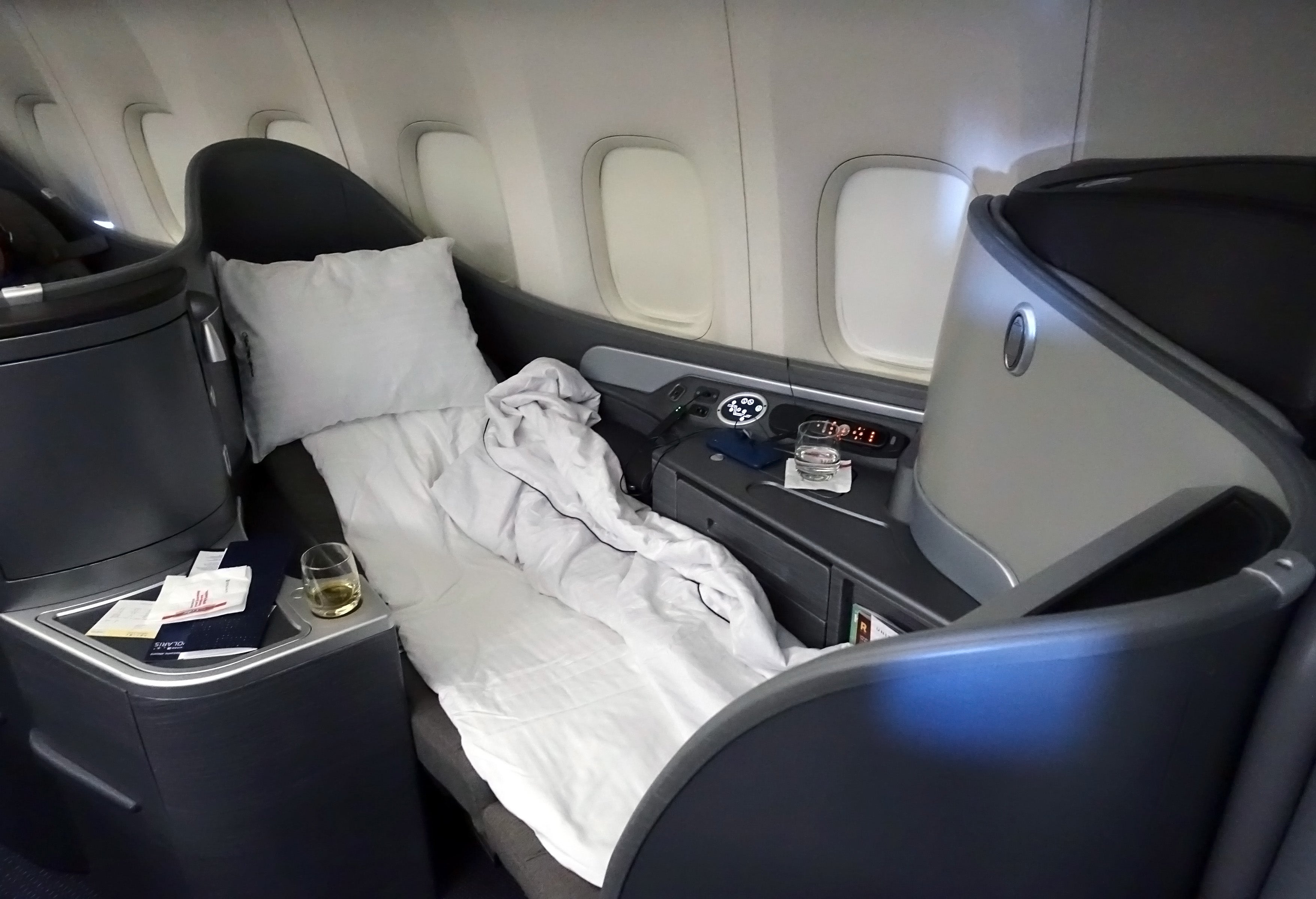 Should Airlines Compensate Passengers for Broken Wi-Fi?
This post contains references to products from one or more of our advertisers. We may receive compensation when you click on links to those products. Terms apply to the offers listed on this page. For an explanation of our Advertising Policy, visit this page.

This week, I flew United's 777-200 from Chicago (ORD) to Shanghai (PVG) — I wanted to get in one more Polaris first flight and review before the airline's long-haul first class is scrapped entirely on June 20.

It was a pleasant journey overall — the crew was friendly, the food was decent and there were new movies to watch — but the Wi-Fi didn't work even once during our 14-hour journey. That meant an entire day of lost productivity. And what did I get for my trouble? Not a whole lot.

A flight attendant warned that we'd have intermittent connectivity just before they closed the door at ORD, but made it sound like it had more to do with our route — Wi-Fi would cut out as we approached the poles, as I've experienced before. It wasn't until after I asked the crew to reset the system that I learned that this particular 777 had already been "written up" for inoperable Wi-Fi, and that a reset would accomplish nothing at all.

Several flight attendants still suggested that service was in and out, so I kept checking — probably 50 times during those 14 hours.

As we approached Shanghai, I asked the purser about compensation. "I think there's something I can do for you," he said with a smile. He returned with his United-issued iPhone, where the app offered my choice of a $75 travel voucher or 3,750 MileagePlus miles (I imagine the offer would be even lower for flyers without my Premier 1K status). These options are far less than I was offered for a transcon United flight in 2017, and I walked away annoyed and as frustrated as I had been during our connectivity-free journey.

When it comes to Wi-Fi, United and other carriers are at the mercy of third-party suppliers — and they tend to shift the blame when things go wrong. "Oh, there's an issue with Panasonic. We're working on it." That doesn't stop them from advertising, though, that it's available during booking, with decals on the aircraft and on the flight status page. I even got this email the day before my flight:

And after all that, our plane didn't connect once during those 14 hours.

I think it's time for airlines to take connectivity much more seriously — that means doing everything they can to make sure it's working, and making things right with passengers when it's not. In the case of this United elite, a $75 voucher or 3,750 miles (which still haven't arrived) for a top customer on a paid first-class ticket ended up causing even more resentment than offering no compensation at all.

What have airlines offered you when the Wi-Fi doesn't work?