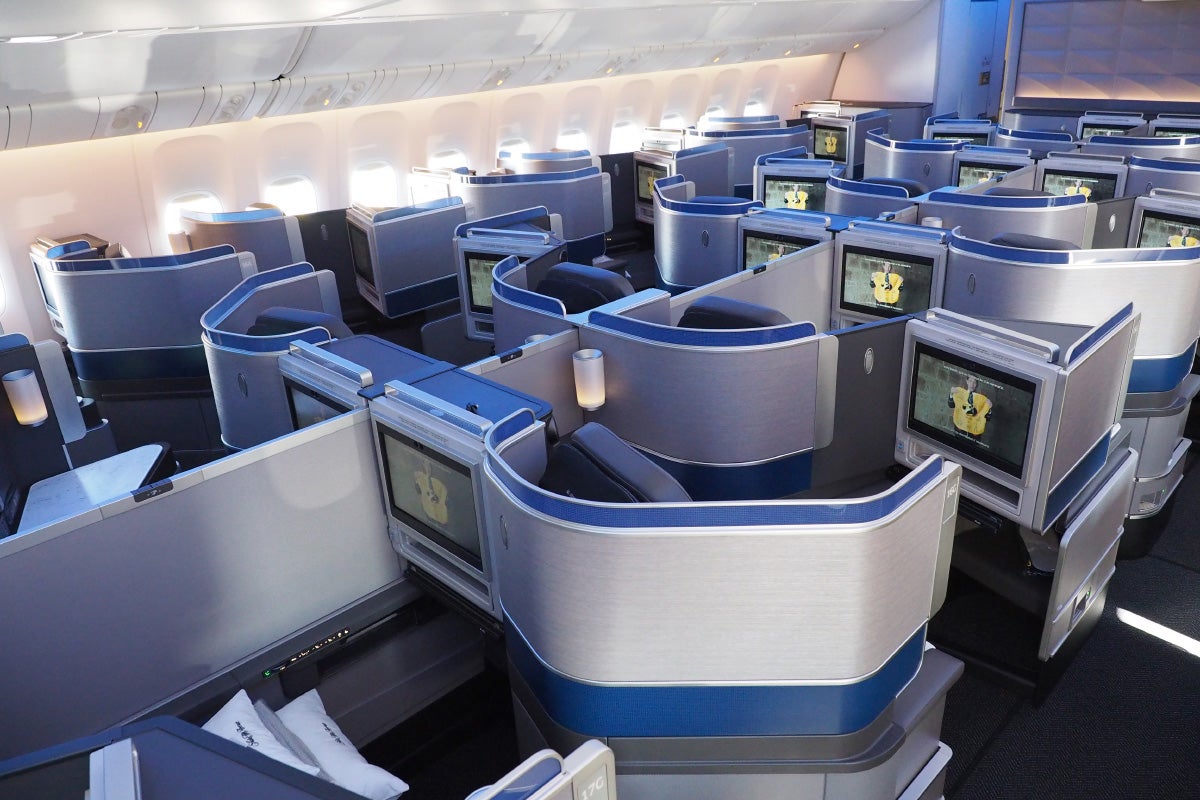 First, a few days ago we learned of delays with United's Polaris seat manufacturer, Zodiac. As a result, the airline has been forced to store two of its brand-new 777s in hangars near Seattle, likely delaying the plane's rollout on more international routes.

The other issue is affecting United's 77Ws that have already entered service. There's an undisclosed problem with the equipment Panasonic uses to offer in-flight Wi-Fi, which has impacted United's ability to offer reliable connectivity on both domestic (wide-body p.s.) and international flights. I've now flown the 777-300ER four times:

In total, I've spent more than 30 hours on this plane — I think I'm being a bit too generous by saying that between those four flights spanning some 30 hours, I managed two full hours of internet connectivity. And we're talking basic email and the occasional Instagram upload (each of which required several attempts) — those two hours hardly consisted of quality browsing time.

From surveying friends and colleagues, including some with Panasonic connections, this issue appears to be affecting several aircraft with Panasonic Ku-band satellite Wi-Fi — including at least two United 777-300ERs (I've personally experienced terribly unstable connectivity on N2331U and N2332U). Panasonic apparently isn't publicly acknowledging the issue, however United has offered up the following statement/explanation:

We are working with Panasonic to upgrade the inflight Wi-Fi system on all of our Panasonic-equipped aircraft, which we expect will significantly improve Wi-Fi performance. This process will begin later this year and be done on a rolling basis.

Based on the above, it seems unlikely that this issue will be resolved anytime soon. So, if you need to have reliable connectivity, I'd select an aircraft with Gogo (757-200 p.s. fleet) or ViaSat Wi-Fi (737s) rather than those with Panasonic Wi-Fi (Boeing 747s, international 757s, 767s, 772s, 77Ws and 787s, and any Airbus planes operated by United). Notably, I have had better luck on United 747 and 787 flights within the past few weeks, so you may be able to connect from those planes even when you're struggling with the 777-300ER.

What should you do?

In some cases, United may automatically issue a refund, as the airline did for my Hong Kong-San Francisco 777-300ER flight on Monday:

If you must have internet connectivity and you have yet to book a flight, I'd consider choosing a United flight operated by the following aircraft only:

If you select a flight operated by any other plane, you'll most likely have Panasonic-provided satellite Wi-Fi, and may experience the same issues I have recently.

Meanwhile, if you've already booked a flight, consider taking advantage of United's same-day change policy to move to an aircraft with more reliable connectivity, or load up your laptop or tablet with offline work or video content — just in case.

While it appears that Panasonic is to blame for this issue, United could be doing a better job of communicating these recent challenges — to passengers and crew members alike. It's certainly unfortunate that an issue that's out of the airline's hands is impacting the customer experience on the brand-new 777-300ER, and that we have to recommend avoiding this aircraft (and possibly the airline's other long-haul planes) if in-flight connectivity is a must.

We'll continue to test United's Panasonic Wi-Fi on upcoming flights, and will share any developments as they arise, but it's important to keep this setback in mind when you're booking your next domestic or international flight.

Have you experienced issues with Panasonic satellite Wi-Fi recently?