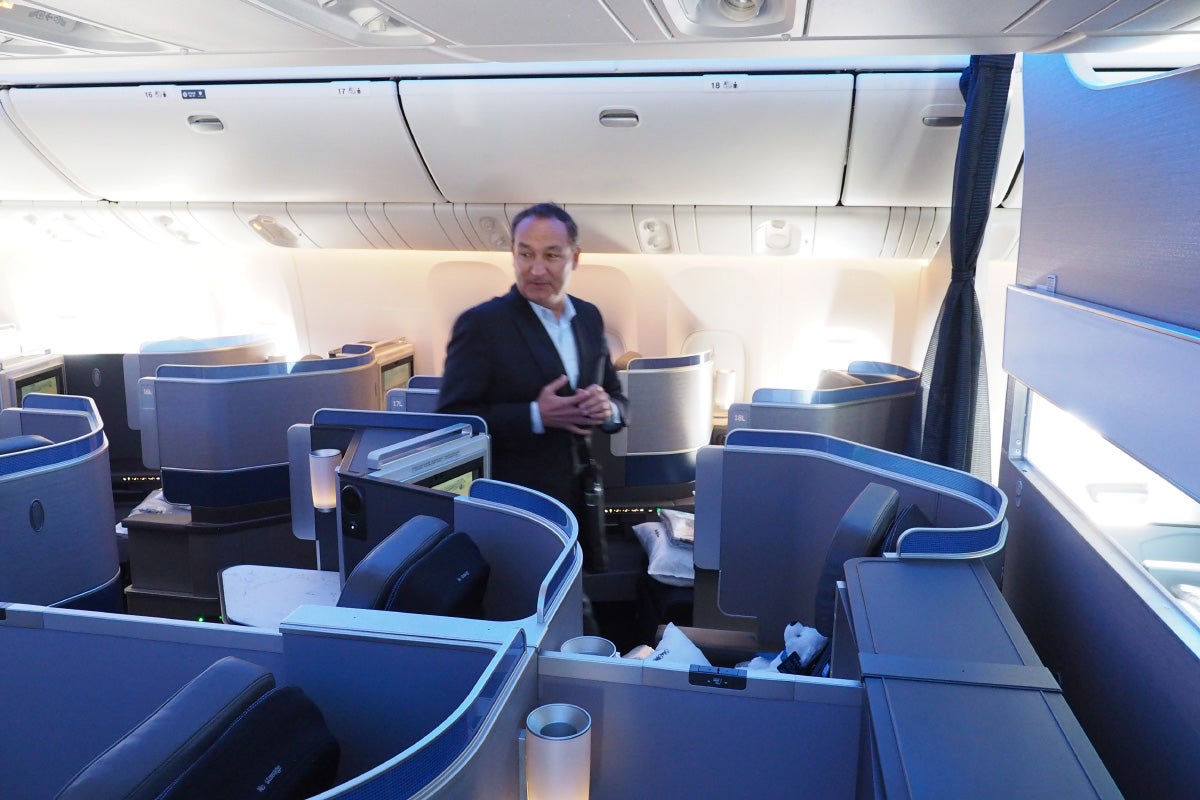 United's Next Batch of International 777-300ER Destinations
This post contains references to products from one or more of our advertisers. We may receive compensation when you click on links to those products. Terms apply to the offers listed on this page. For an explanation of our Advertising Policy, visit this page.

Update 2/25/17: United has now added the 777-300ER on one of two daily flights between Newark and Tel Aviv, the airline's first international 77W route from EWR. You can find the 77W on the evening Newark departure (UA90) beginning May 5 and the evening Tel Aviv departure (UA91) beginning May 6. Note that while this aircraft offers a much improved business-class product, you'll be far more comfortable in economy on the older plane. There is no award availability in either cabin on these inaugural 77W flights. As of now, UA84/85 will continue to be operated with a 777-200 through the end of the schedule.

Yesterday, ahead of our aircraft tour with United CEO Oscar Munoz, we passed along the news of additional UA 777-300ER (77W) flights within the US, and now we have even more details to share about the airline's fleet plans. While a formal announcement is still a week or so away, a UA rep hinted at the next batch of routes, and confirmed the much-anticipated first long-haul destination from Newark (EWR).

First, since many of you have been asking, the first international Polaris destination from Newark will most likely be Tel Aviv (TLV), with service launching sometime in early May. It's not clear if the plane will be used on just one or both of the daily Tel Aviv flights, but there's no question that you should do your best to fly on the 777-300ER over the 777-200s UA currently operates on the EWR-TLV route. It's possible that the 77W will replace United's 787 Dreamliner on the SFO-TLV route as well.

Unfortunately there aren't yet plans to add this plane to Europe flights — it'll instead be used primarily for UA's longest international flights, most of which serve destinations in Asia — though Europe flights operated by select 767s and 777-200s will eventually get the new (and much-improved) seats. Additionally, it doesn't sound like United will be announcing 77W flights from its hubs in Chicago or Houston anytime soon, though that could always change. United will operate a total of 14 777-300ERs, so these will be reserved for the airline's most premium long-haul routes.

In addition to the already announced San Francisco-Hong Kong route, which launches March 25, the 77W will almost certainly be used to replace the 747-400 on flights from SFO to Beijing (PEK), Seoul (ICN), Taipei (TPE) and Tokyo (NRT). All of those routes should have 77W service before the year is out, and may be joined by Newark to Hong Kong and Tokyo (also confirmed Polaris Lounge locations) as well.

Currently, the airline is scheduled to take delivery of all 14 of its new planes within the next few months, although not all will enter service right away. That said, we should see formal route rollouts very soon — perhaps as soon as next week.

Also, don't forget that while the 777-300ER offers UA's best business-class product, it's not nearly as pleasant in the economy cabin, where seats are just 17 inches wide, compared to 18 inches on most of United's existing 777s. That's fine if you're on the smaller side, but passengers with especially broad shoulders may find these seats to be very uncomfortable on a long-haul flight.

In the meantime, if you're hoping to snag one of these new seats using miles, you have a fairly good chance of landing the new aircraft if you're booking a flight to cities like Beijing, Hong Kong, Seoul, Taipei, Tel Aviv and Tokyo departing in the second half of 2017. I wouldn't book speculatively unless your elite status affords you free mileage redeposits, but if those cities are already in your travel plans for later in the year, it might pay to redeem miles for a UA-operated flight rather than one operated by a partner.