Fight inflation; Why you should book your summer trips now

Articles
Clint Henderson is the managing editor for news at TPG. He worked in TV news for 20 years, including stints at ABC, MSNBC and Fox, before landing his dream job. Send tips to Clint.Henderson@thepointsguy.com.
Follow
Feb. 13, 2022
•
9 min read 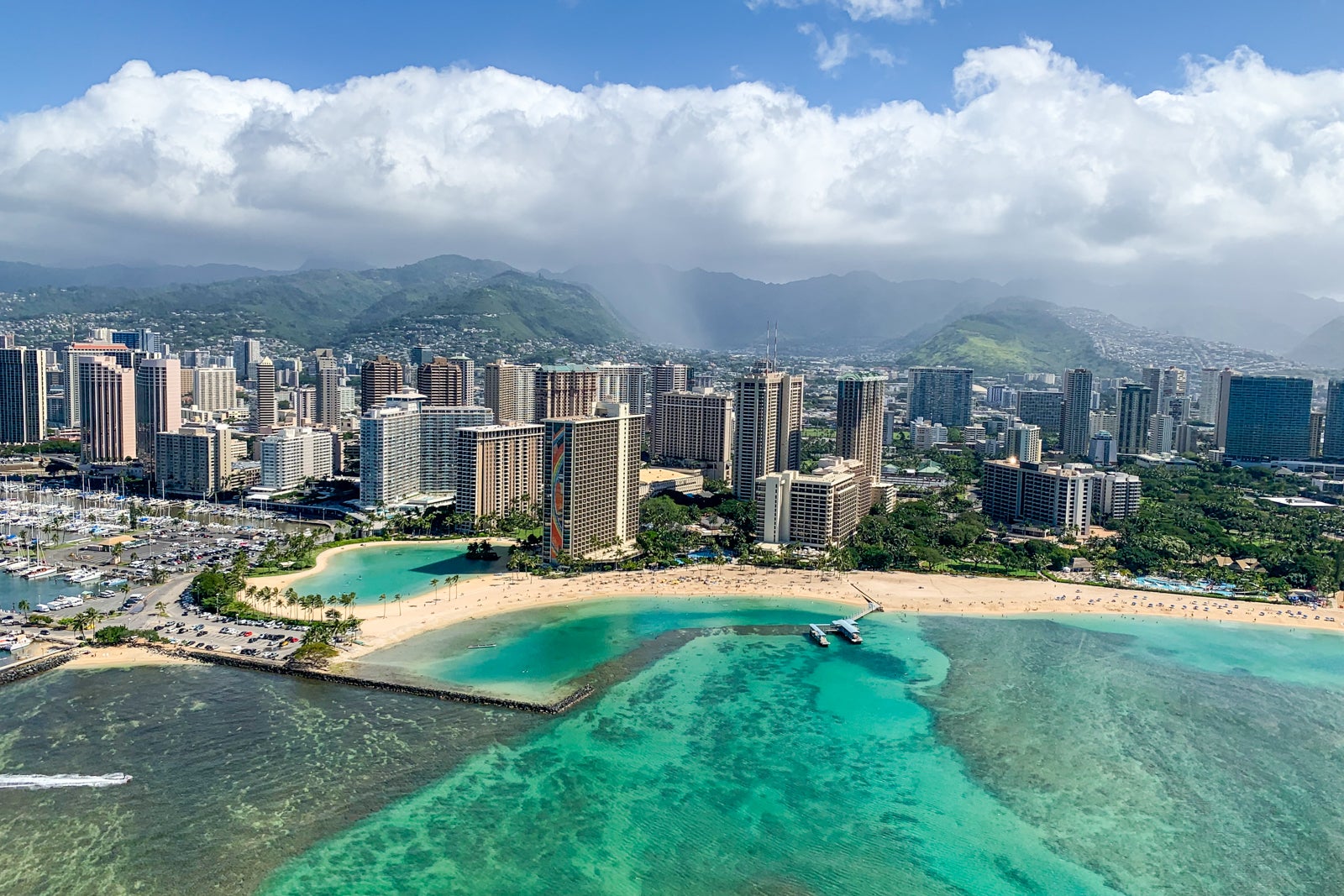 This post was updated with additional comments from industry analysts.

Omicron is fading. Mask mandates are disappearing, testing requirements are going away and the world is opening again. Travel is back in a big way. If you are one of the millions of Americans who've been jonesing to hit the road again, there is good news. Even if you haven't booked your spring break or summer plans, it's not too late.

"I’ve been telling people for weeks if they plan on traveling in 2022 now is the time to buy," said Johnny Jet founder and editor-in-chief, John E. DiScala (aka Johnny Jet).

That sentiment was echoed by Skift editor-at-large and industry analyst Brian Sumers who told TPG, "As we saw last summer, there are only so many seats for sale during peak periods. Americans love to travel in July and August. As more people compete to buy the same seats, prices will go up. We could see some very high prices this summer, particularly around weekends and holidays. If you want to travel on July 4, for example, you might want to buy early."

Here are the four reasons why right now is a good time to book your 2022 trips.

Fares and hotels are still cheap for many destinations

There is good news if you still haven't booked spring travel plans and especially if you are still looking to book travel for summer 2022. Prices are still really good whether you are paying cash or using those miles you've been hoarding during the pandemic.

Business travel still hasn't recovered, so we are even seeing last-minute sales on seats that would have gone to deep-pocketed business travelers pre-pandemic. So it's not too late!

While demand is rebounding quickly as the omicron variant wave appears to be fading, there are still lots of good deals to hot spots like Florida and Mexico.

Here at TPG, we've reported on insane Delta SkyMiles deals across the country for as little as 5,000 miles, flights to New Orleans for under $100, New York for as low as $78 and Florida trips for as little as $80.

And those deals aren't rare. Just this weekend, I've seen flights on Alaska for as low as $70 one-way between New York and San Francisco. Florida is also still a bargain even for the high-demand spring break season at the end of March. How do fares as low as $46 roundtrip sound?

Hotels are priced high for many popular spring break destinations, but deals can still be found in hot markets like Miami. And in big cities like New York and San Francisco, prices remain depressed for hotel rooms.

International travel hasn't recovered either. There are still cheap flights and hotels galore. We've been sharing an incredible number of flight deals to some of the most popular destinations on the planet including Paris, Rome and London.

It's not just cash prices that are cheap, either. You can use those miles and points to get great deals as well, like this Emirates miles deal to Europe for just 90,000 points.

Hello inflation; Prices are only likely to go higher

Unfortunately, the good news on deals isn't likely to last. According to the travel app Hopper in their Consumer Affairs Index Report published last month, prices for airline tickets are expected to increase 7% per month for the next several months. With inflation at 40-year highs, the price of everything from rent to fuel is going up, and yes, airline fares, too. While the inflation rate doesn't have an exact match to airline ticket prices, we are seeing increases in the price of aviation fuel and tickets.

Pent-up demand is also playing a role in rising prices for travel. People who were stuck at home for months or even years, are double-vaxxed and even boosted in many cases. They are ready to hit the road again. That's leading to a surge in interest in booking trips.

DiScala told TPG, "there’s so much pent-up demand from staying close to home the last two years in fear of Coronavirus, that they’re now going to start living their lives again. Combine that with the rising cost of fuel, airfares have no place to go but up."

Airlines are telling investors and analysts they've seen a surge in booking for spring and summer in earnings reports. United Airline president Brett Hart told investors last month, “we remain confident that travel will rebound quickly. As cases subside, we expect a strong summer and second half of 2022, consistent with our expectations pre-omicron.”

Sumers said, "Jet fuel cost is always a factor for ticket prices. But airlines are fiercely competitive. They often find it hard to pass through the full cost of a fuel increase, at least all at once." In any case, Sumers says that fuel costs are likely not to play a major role in ticket prices ... that it's all about demand, "Passengers would be better off monitoring supply and demand dynamics. That’s what really moves ticket prices."

Airlines and hotels are more flexible

At the height of the COVID-19 pandemic as travel demand plummeted, consumers were suddenly in the driver's seat. Airlines and hotels took note and made changing or canceling flights much, much easier (and cheaper).

They ditched change fees and early hotel cancellation fees, they made even basic economy tickets more flexible and most ditched fees for cancelling a mileage ticket. While some of those consumer-friendly policies have been yanked back, many are sticking around supposedly for good. United Airlines famously said it was eliminating change fees "forever."

Do note, you'll need to pay any fare difference for changed tickets, but there are no more outright change fees.

And restrictions for basic economy tickets have returned, but generally they are still more flexible than pre-pandemic. Still, don't book basic fares unless you are sure you won't need to change or cancel the ticket.

Generally, you will be able to cancel or change your bookings without too much trouble so long as you book directly with the airline or hotel (except on the cheapest basic economy tickets or on the cheapest non-cancellable hotel reservations). Most airlines won't give you cash back anymore, but will give you a voucher for future travel on many of their fares. Hotels have gotten more restrictive, but as long as you are booking a cancellable room you should be OK should you get sick or need to change your dates of travel.

DiScala called booking travel right now a "no-brainer." He did remind readers to book any international tickets on U.S. airlines, "so if you do have to change plans, you can at least travel domestically."

And remember the best piece of advice we have for you at The Points Guy is to use miles or points to book those trips. Many of you have been saving up points and miles during the pandemic. Now is the time to use them. They aren't likely to get any more valuable, and the beauty of booking with points and miles is that you'll be able to get them back without fuss right now with most airlines and hotels allowing you to get a points refund without fees. Who knows how long that will last.

Now is the time to book the rest of your 2022 travel. Prices are still low using miles or cash with deal alerts galore. Inflated prices for everything from food and drinks to jet fuel hasn't yet fully backed into airfare prices or hotel room rates. Business and international travel are still in recovery mode, so prices remain depressed. Finally, flexible travel cancelation and change policies remain in effect, so you can book with confidence.

Sumers did have one cautionary note, "All these pricing trends used to be predictable. But with the virus, it’s less obvious what will happen. The summer will probably be gangbusters for airlines. It is what happened last year. But if there’s a serious new variant, who knows what will happen?"

Still our best guess is that prices are only going up from here.

Consider this your reminder to book now before demand and prices boom like we expect travel to for the rest of 2022.

Related stories
Real ID requirements for air travel in US delayed until 2025
Another major cruise line to sharply hike onboard fees
Save money with these travel-related offers on your credit cards this month
Use these shopping portal bonuses to earn extra miles this holiday season
Featured image by (Photo by Clint Henderson/The Points Guy)
Editorial disclaimer: Opinions expressed here are the author’s alone, not those of any bank, credit card issuer, airline or hotel chain, and have not been reviewed, approved or otherwise endorsed by any of these entities.