Articles
Max Prosperi is a part-time frequent flyer and travel writer and full-time student. Based in St. Louis, Missouri, Max covers a variety of topics with a focus on points, miles, and aviation.
Follow
June 09, 2019
•
3 min read 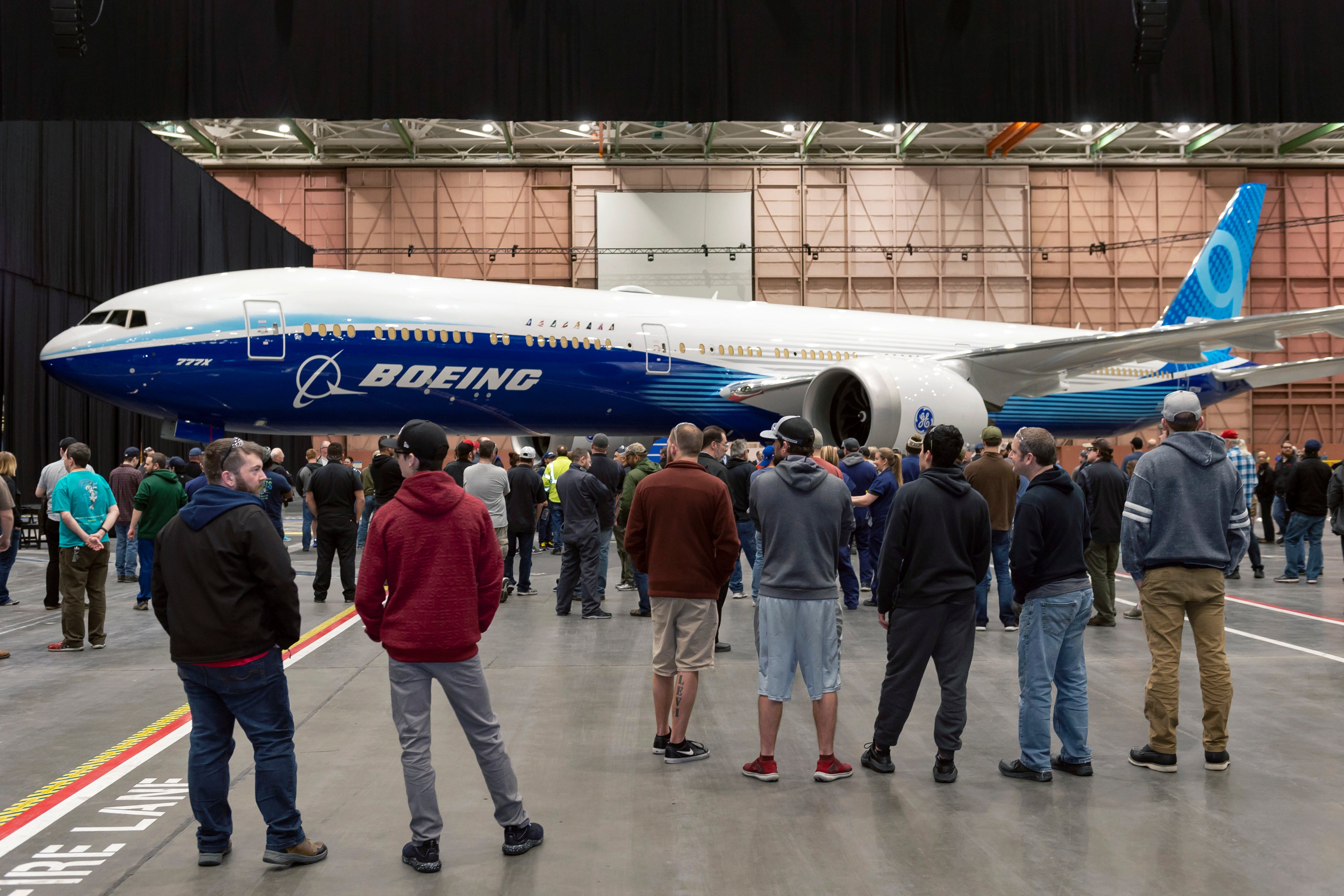 Boeing 777X Engine Issues Delay First Flight
This post contains references to products from one or more of our advertisers. We may receive compensation when you click on links to those products. Terms apply to the offers listed on this page. For an explanation of our Advertising Policy, visit this page.

The maiden flight of Boeing's latest widebody aircraft, the 777X, has been postponed, according to King5 News, Seattle's NBC affiliate. The delay is the result of issues involving the 777X's engines.

Developed from the first generation Boeing 777, the 777X is Boeing's largest twin-engine jet. It is also one of the most advanced aircraft ever built. Featuring composite carbon fiber wings (as opposed to aluminum), two massive GE-built engines, and a folding wingtip, the Boeing 777X has racked up 344 orders from nine customers.

Lufthansa was the first airline to place an order for 20 Boeing 777-9 in early 2013. However, Emirates is expected to become the first airline to operate the new passenger jet. The first delivery was originally slated for mid-2020. Now, the 777X's entry into service is now up in the air.

Related: Get a First Look Inside The Boeing 777X

The Boeing 777X will feature two massive GE-built engines. The engines were built especially for the Boeing 777X and are the largest engines aboard any commercial aircraft. The GE9x engines will allow the 777X to fly more passengers and cargo than previous versions of the 777 while at the same time burning less fuel than previous models.

According to Reuters, both GE9x test engines have encountered minor problems: during testing at GE's facility in Ohio and while fitted aboard a Boeing 747 for in-flight testing. The issues involving the GE9x are related to the engine's high-pressure compressor. Though Boeing and GE expect to resolve the compressor issues, the engine troubles have delayed the Boeing 777X's first flight.

The Boeing 777X was originally slated to take to the skies for the first time on June 26, according to launch customer Emirates. It is now unclear when the Boeing 777X will be able to take flight. Further reports have also raised questions regarding the aircraft's entry into service, which is slated for mid-2020.

The Boeing 777X was first rolled out to the public at a quiet ceremony at Boeing's Paine Field plant back in March 2019. The delays impacting the development of Boeing's 777X are just one of the many ongoing problems the aircraft manufacturer is facing at the moment. Boeing continues to work to resolve the issues involving the MCAS found on the Boeing 737 MAX, which remains grounded worldwide.